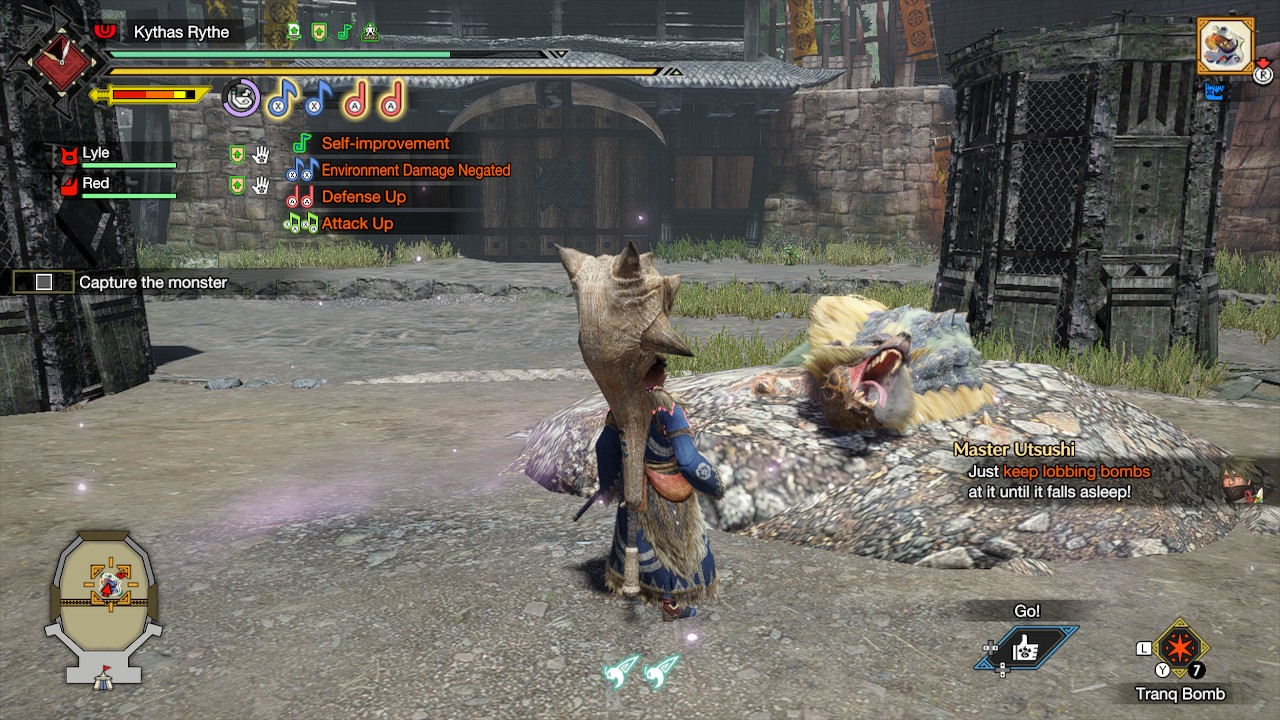 It is important to capture monsters in Monster Hunter Rise, because some crafting components are acquired exclusively via capture over carving. It’s actually pretty easy to capture a monster, and so long as you have the right tools on hand you will only need to pay attention to a monster’s health while out in the field.

Use Pitfall and Shock Traps alongside Tranq Bombs to capture monsters in Monster Hunter Rise.

To capture a monster in Monster Hunter Rise you will need one of two traps in your Item Pouch, and Tranq Bombs. Capture-based quests will provide EZ versions of these via the Supply Chest at the start of a mission, but you will want to carry your own if you plan to capture monsters outside of these quests.

Both the Pitfall Trap and Shock Trap are craftable. You will need a Trap Tool (purchasable from the merchant for 200 Zenny), and one of two materials, depending on which trap you plan to use. The Pitfall Trap needs 1 Net for every one Trap Tool, and you can craft a Net with 1 Ivy and 1 Spider Web (found out in the world). The Shock Trap just requires a Trap Tool and a single Thunderbug.

After you have your traps you will need Tranq Bombs. These can be crafted with 1 Sleep Herb and 1 Parashroom, though the merchant also sells them for 180 Zenny. These are critical: without them you cannot capture a monster, full stop. 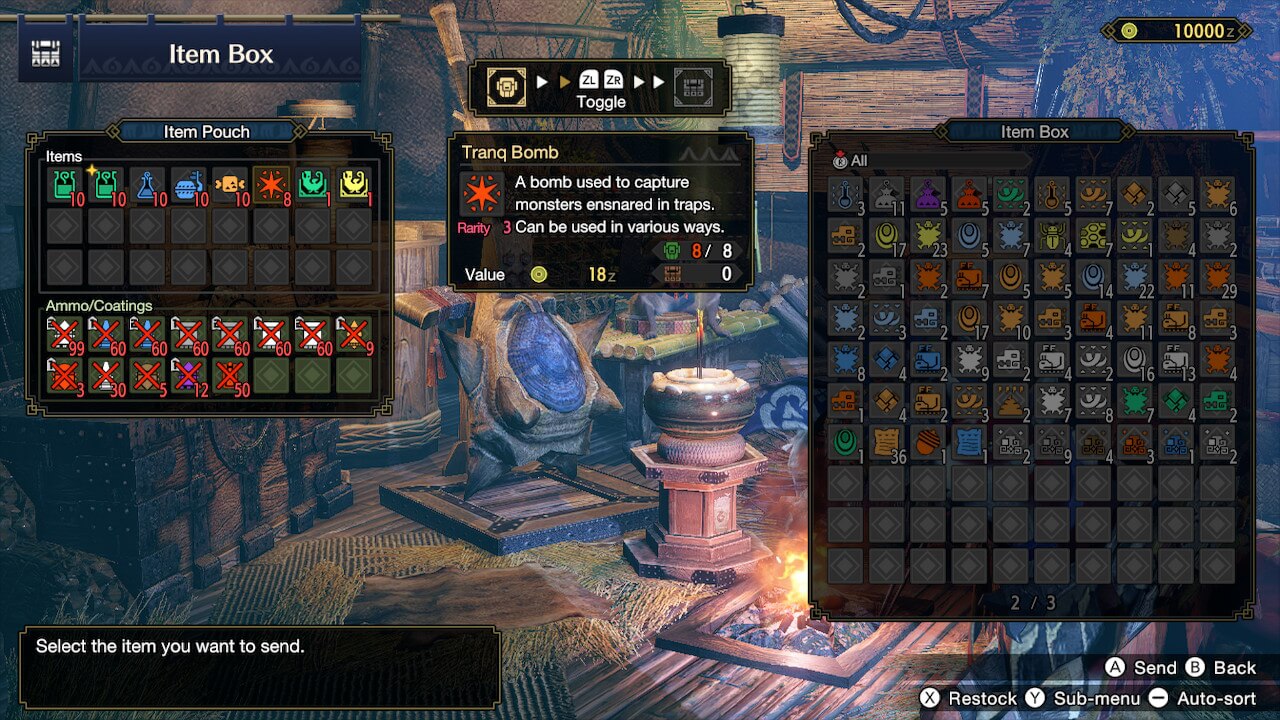 Once you have your traps and Tranq Bombs you are ready to capture a monster in Monster Hunter Rise. Make sure these are in your Item Pouch before heading out on your hunt, or least stop by the tent within the zone you’re patrolling to grab them. From here simply do as you would normally do on a regular hunt: find your target monster and beat it silly.

Once the monster is low on health it will be ready for capture. There are a few ways to tell when the monster is low enough, such as drooling, but the easiest way to figure it out is to look in the top-right of the screen at the monster icons there. If you see a blue, tired looking face under the monster’s portrait it is near death, and weak enough to capture.

Simply place your trap down in a location the monster will move over. You can’t carry more than 1 of each trap at a time in your Item Pouch, so make sure the monster isn’t about to run away before placing it. The trick is to get in the path of an attack and let the monster fall into the trap as it tries to reach you.

Once the monster falls into the trap run over and pelt it with Tranq Bombs to put it to sleep, triggering the capture. If the monster is your focused target for the quest you’re running the quest will conclude and you will be taken back to Kamura Village. If not, feel free to head to camp, restock, and capture another monster in Monster Hunter Rise.