There's not a whole lot you can tweak, but you an color-coordinate your roster at least. 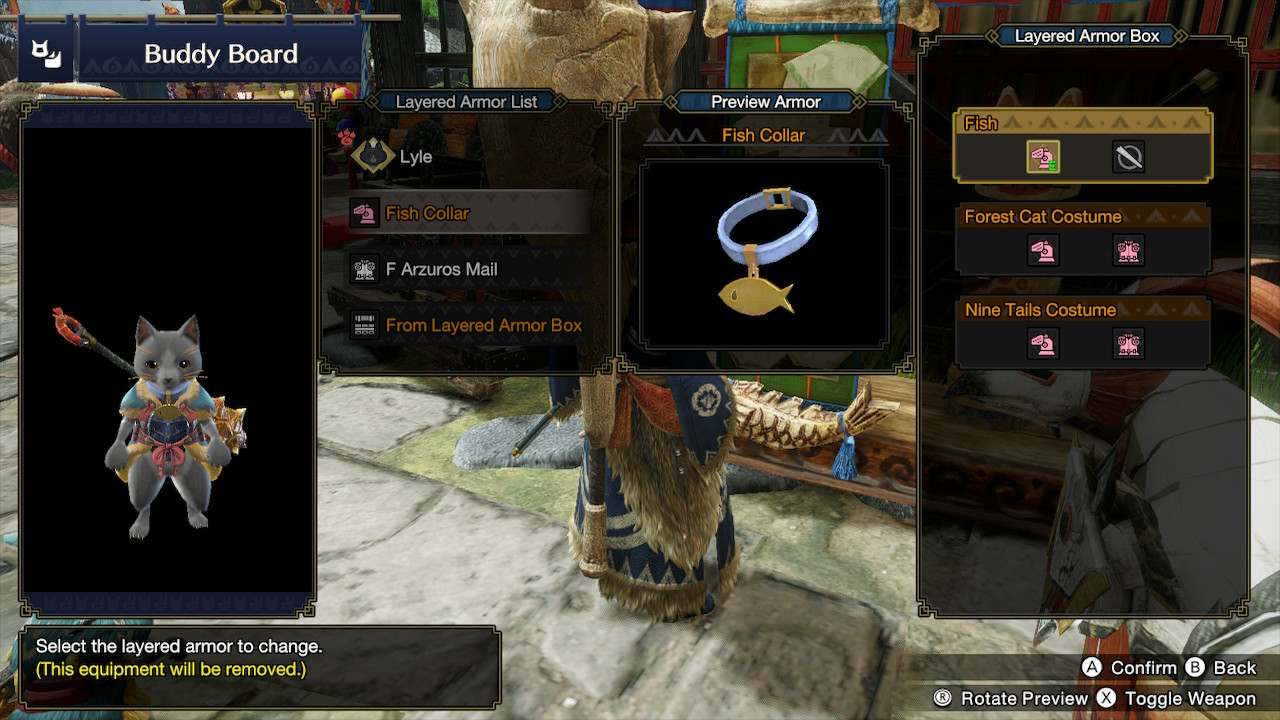 Visit a Buddy Board to change the appearance of your Palico in Monster Hunter Rise.

The options available are slim, and that may be underselling how little there is on offer. You can only change the color of your Palico’s clothing in the “Appearance Settings,” though you can tweak this for every Palico you have. That means you can’t actually change the appearance of your Palico, at least not until Capcom adds Appearance Tokens to the eShop.

This is disappointing, so you’ll want to make sure you get your Palico just right at character creation. The Palicoes you recruit later in the game can only be renamed, so take their appearance into account before hiring them if that matters to you. If you want to give your Palico a fresh look you will have to use the “Layered Armor Settings” portion of the Buddy Board. It’s worth noting that the only Layered Armor available for Palicoes at the moment is all for sale in the eShop, so unless you drop some cash you won’t be able to take advantage of this setting.

Layered Armor for your Palico provides a more dramatic change to their appearance, largely changing every aspect of them. To say it directly, Layered Armor changes the breed of your Palico. That means ears, face shape, fur length, the color of their fur, etc. Palico have two slots for Layered Armor, so there will likely be more granular options later down the road, but keep in mind the current offerings will take up both.

It would have been nice to see more options to change your Palico’s appearance, but for now Layered Armor is the only way you’ll be able to tweak them in any appreciable manner. Hopefully we get more options down the road, and an expansion of the “Appearance Settings” menu.