Get these items to complete the Economic Stimulation quest 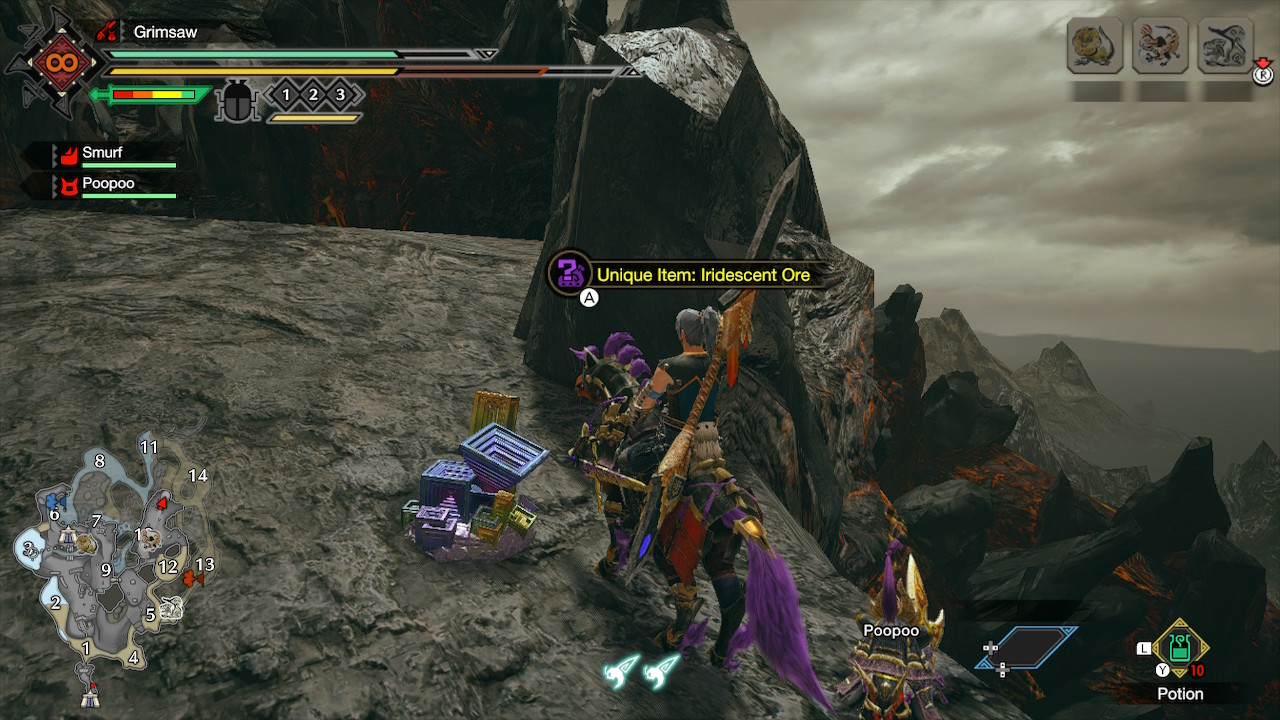 There are three different types of items you need to collect for completing the Economic Stimulation Quest in Monster Hunter Rise, and Bismuth Prisms are one of those. Located in Lava Caverns, what you are looking for exactly is some Iridescent Ore gathering nodes that do include these specific items. Let’s take a closer look as to where exactly they are found.

How and where to find Bismuth Prisms for Economic Stimulation, in Monster Hunter Rise

As we mentioned, your first step towards finding some prisms is to enter the Lava Caverns map. Right after, you need to start looking for Iridescent Ore nods in order to have a chance of getting them. These are found all over the place in the specific map, like the one shown in the thumbnail picture. If you have your 2nd Sub-Camp unlocked, you can head to that spot in a matter of seconds, as it is right next to it.

That said, other Iridescent Ore locations are in regions 8 and 13, with the first being to the south-west pathway and the second around the specific sector close to walls. Another node can be located in the middle of regions 3, 9 and 7, so as you can see there are quite a few for you to farm and have chances of getting some Bismuth Prisms.

Bismuth Prisms are needed for completing the Economic Stimulation quest, which you unlock a little bit further into Monster Hunter Rise, and after completion it unlocks an additional Argosy Submarine. Therefore, it is a key quest for being able to get even more items, very fast and without effort at all. Unlike King Rhino, another item needed for this mission, Bismuth Prisms don’t require you getting into much trouble to get them, so simply start an Expedition and farm away.