Some tips and tricks to help you win faceoffs and get a head start on your competition. 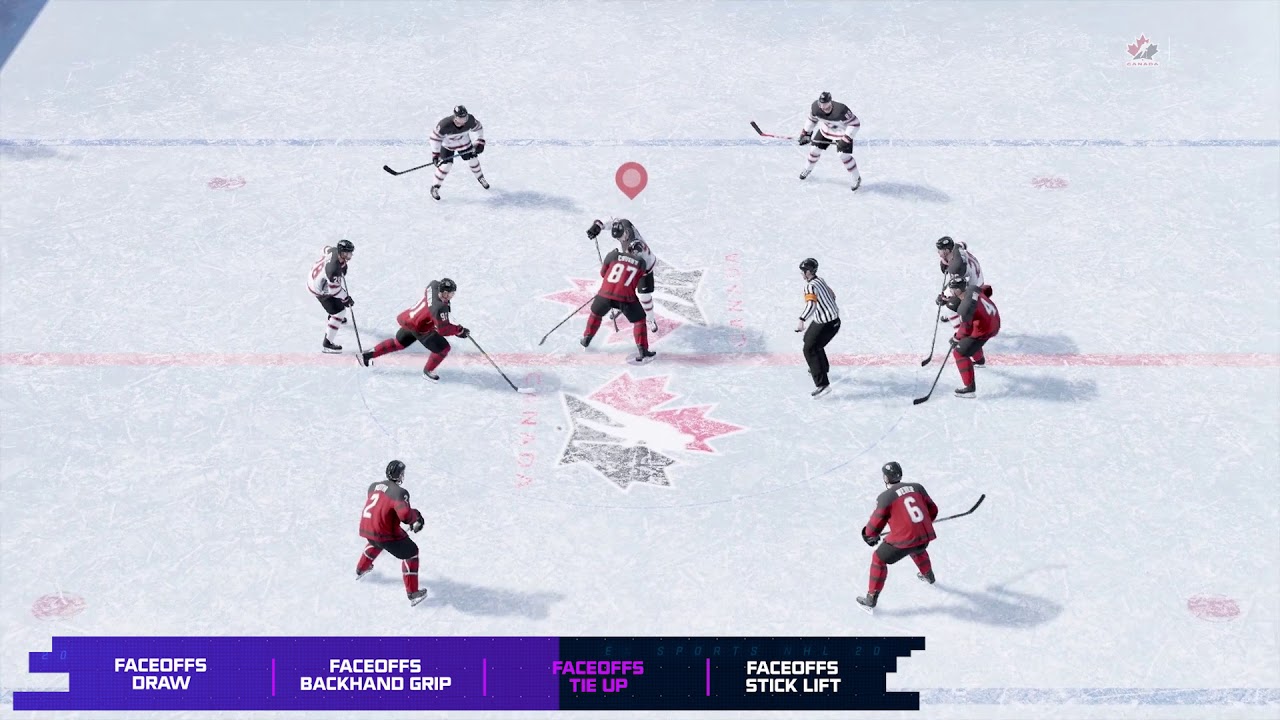 One of the key elements of modern hockey is puck possession and one of the best ways to secure puck possession is to win as many faceoffs as you can and, in NHL 21, knowing as much as you can about winning faceoffs is just about as key to winning as passing or shooting is, as they start nearly every play in the game and there are tons of stoppages of play that lead to faceoffs.

Before moving on to the different techniques, there are a few things to note when considering how to win a faceoff. First above all other things is timing: in order to make a move on the puck, the key is to use your technique after the puck has been dropped but before the puck hits the ice and the closer you get to the puck hitting the ice, the better chance you have of winning. Another thing to consider that no matter how well you do with timing or how much of an advantage you gain with technique, your faceoff statistic determines the largest advantage. Also, keep in mind that as you’re going to the circle, the technique you’re loading up before the puck drops is telegraphed, so be sure to switch stances as close to taking the puck as possible.

What we’ll be doing here is outlining the different faceoff techniques, how to perform them, and in what circumstances that they would be useful.

Another forehand faceoff technique, this one is a little bit more sensitive to timing. This one requires you to move the right analog stick towards the dominant hand – right for righties, left for lefties – and then, just as the puck hits the ice, swing the right analog stick forward. From the forehand stance, the player will attempt to lift the opponent’s stick so they can shield the puck and make a pass. Where that pass goes is dependent on where you’re pointing the left analog stick. This one requires a little bit more finesse but is more effective than the other forehand technique.

Generally speaking, players with better hand-eye and faceoff stats seem to get better results from the use of this faceoff technique so it’s probably not best to use this technique in Be A Pro with a rookie you’re developing, from the start.

Backhand stances are for players who feel a little more confident in their faceoff ability as it relies heavily on timing and good stats. This technique is performed by holding the right analog stick opposite the player’s dominant hand – left for righties and right for lefties – prior to puck drop and then, when the puck drops and as close as you can to when the puck hits the ice, swing the right analog stick backward.

This faceoff technique, if performed right, can work out very well in a lot of faceoff scenarios. However, it can be a bit of a gamble because there are a lot of times where you could lose the faceoff no matter what you do, depending on your stats and what the opponent decides to use against you.

Much like the forehand stick lift, this technique requires a little more confidence and finesse to pull off than its regular technique in that stance. To perform this technique, you have to lean the right analog stick opposite your player’s dominant hand – right for lefties and left for righties – prior to the puck being dropped and, when the puck is finally dropped and as close to the puck hitting the ice as possible, roll the right analog stick forward. This technique technically works very similarly to the forehand stick lift but performs the technique on the backhand, throwing your opponent off and requiring a much steadier hand.

Much like the forehand stick lift, you need to hold the left analog stick to direct the puck towards one of your teammates once the technique succeeds and the puck is yours. Like any technique used to win faceoffs that’s on the backhand, it’s a bit of a gamble as it requires good timing, good stats, and recognizing what stance your opponent is in.

The tie-up is a good technique to use when you need to take the opponent out of the play and you can trust the winger to swoop in and get the play moving quickly. You can perform this technique from any stance so feel free to lean the right analog stick either left or right prior to the puck being dropped. Once the puck is dropped, though, push the left analog stick upward, and your player will attempt to tie their opponent up with their body and their stick, leaving the puck for a winger to snatch it up.

This is one of the easiest techniques to pull off and it’s possibly one of the more confusing to anticipate as it can be flexibly pulled off from either stance or even without a stance. This relies almost solely on your faceoff stat and is a great fit if you’re not sure how your opponent will react to the play.

This is one of the riskiest and, potentially, most rewarding ways to win a faceoff. To perform a deke on the faceoff dot, hold the L1 button for PS4 and LB for Xbox One prior to the puck being dropped and then pressing the right analog stick forward the moment after the puck is released. The timing is absolutely unforgiving with this one and relies not only on your faceoff stat but also on your hand-eye and deke stats as well.

While not as risky, that doesn’t mean every situation calls for a shot off the faceoff nor will it always pay off.  To shoot from the faceoff dot, you can have either stance active, meaning you can lean the right analog stick in either direction but make sure you let go the moment the puck drops and press forward just as the puck hits the ice, as if you were performing a snap shot.

These faceoff techniques are flashy and don’t necessarily involve your teammates in the play, not to mention they don’t necessarily attempt to maintain puck possession, which is the purpose of a faceoff, meaning they could backfire in a big way. I wouldn’t recommend trying these techniques until you’re very confident in your faceoff taking skills.

There’s a fair amount of variety in what you can do in the faceoff circle outside of the basic swiping at the puck and, hopefully, this guide will help you press the offense and win some games.

Be sure to check out our review of NHL 21 as well, which was released on October 16th, 2020 for PlayStation 4 and Xbox One.