Outriders – How to Fast Travel 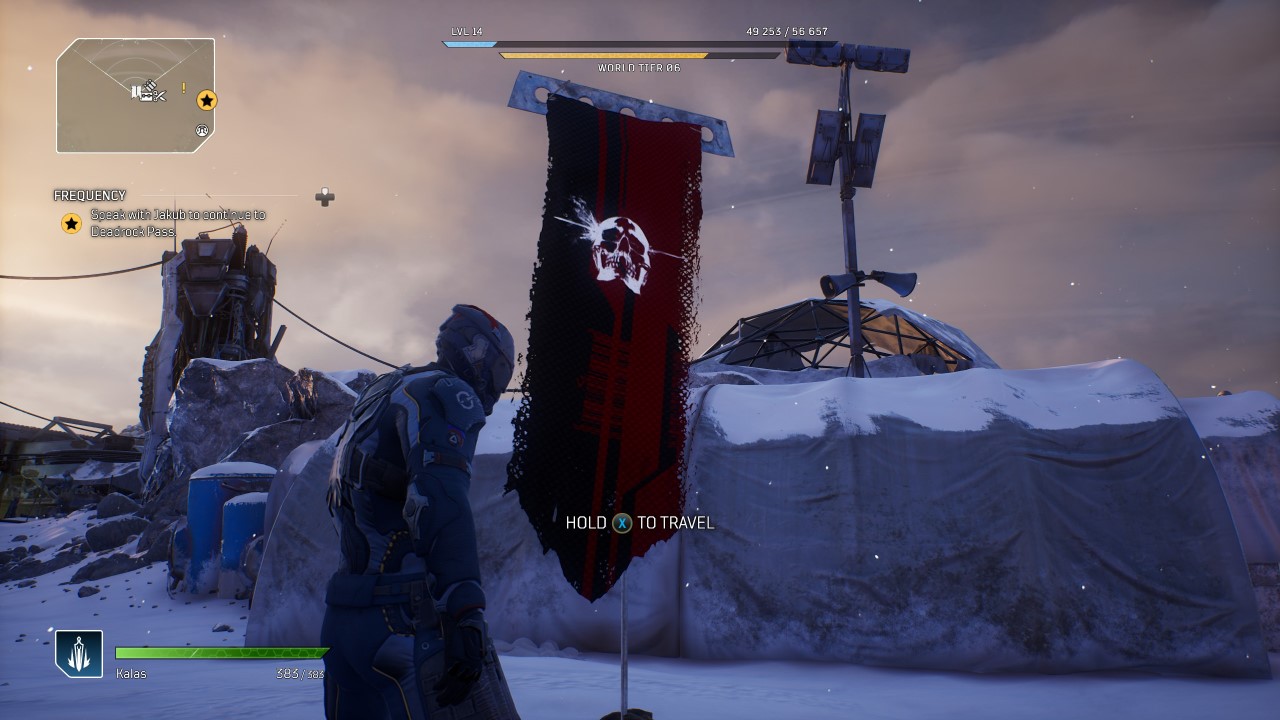 Outriders spans several areas on the hostile planet of Enoch. The protagonist and crew’s expedition leads them all over the place, marking their discovered locales by planting Explorer Flags.

There may come a point during these travels that the player will want to make a brief trip back to base or get closer to a side quest objective quickly. Thankfully, Outriders has implemented a fast travel system in order for the player to move around previously scouted locations with ease.

How to Fast Travel

To fast travel, refer to the aforementioned Explorer Flags; they are the key to the mechanic. Established camps are provided an Explorer Flag by default. Additional flags can be planted at predetermined areas throughout each map, presented as semi-transparent flag models until interacted with by the player.

Approach the Explorer Flag and hold the designated button to travel. A map of the area will appear, allowing the selection of any Explorer Flags stuck into the ground. Hover over the target location and hold the Travel button.

Fast travel can also be used via the Return Points sometimes found at the end of missions. These floating gold Outriders icons are one-way only. So be sure to pick up any loot before departing. Using Auto Loot is one way to ensure nothing is left behind.

Also, keep in mind that fast travel requires a vote when playing co-op. If anyone on the team votes against the fast travel, it will not be initiated.