If you want the best loot you need to push into higher tiers. 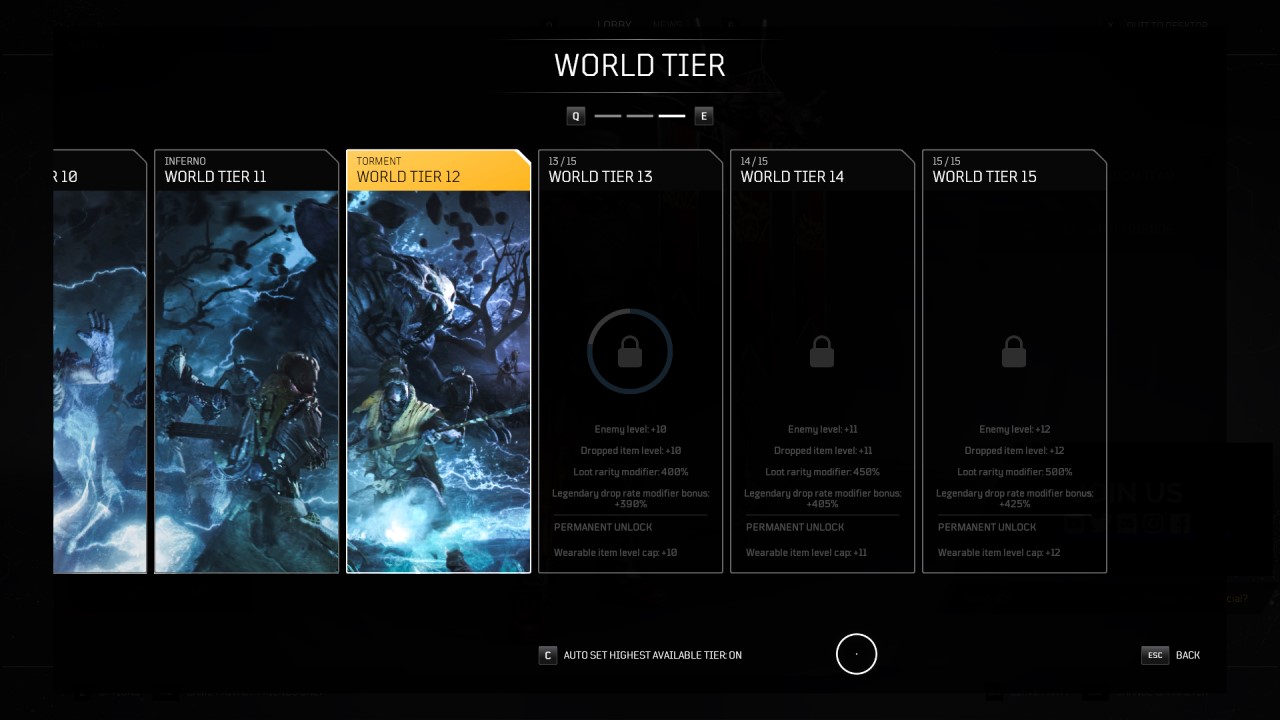 Outriders handles difficulty via World Tiers, and the higher the level you reach the better the rewards. If you’re still unsure how they work, or how to change them then you can check out our guide here, but if you want to powerlevel to World Tier 15 this article has you covered. There’s grinding involved, but the methods below are the fastest ways to level your World Tiers in Outriders.

Repeat Bounties and Hunts, or farm the Molten Acari boss in Eagle Peaks to quickly level World Tiers in Outriders.

There are two ways to quickly level your World Tiers in Outriders, and the one you run with will depend on your build and loadout. To put it bluntly: you will want to repeat Bounties and Hunts over farming the Molten Acari boss unless you have a build that absolutely melts the boss.

To repeat both Bounties and Hunts in Outriders you need to first complete all ten of each and turn them in to their respective NPC is Trench Town (Noah for Hunts, and Ujio for Bounties). After you’ve turned them all in you can talk to both to “reset” their quests, refreshing the Bounty and Hunt quests across Enoch.

Simply grind through all of these, turn them in, and repeat. You’ll quickly level up your World Tiers, and gain a good amount of loot that’ll help you progress in Outriders. 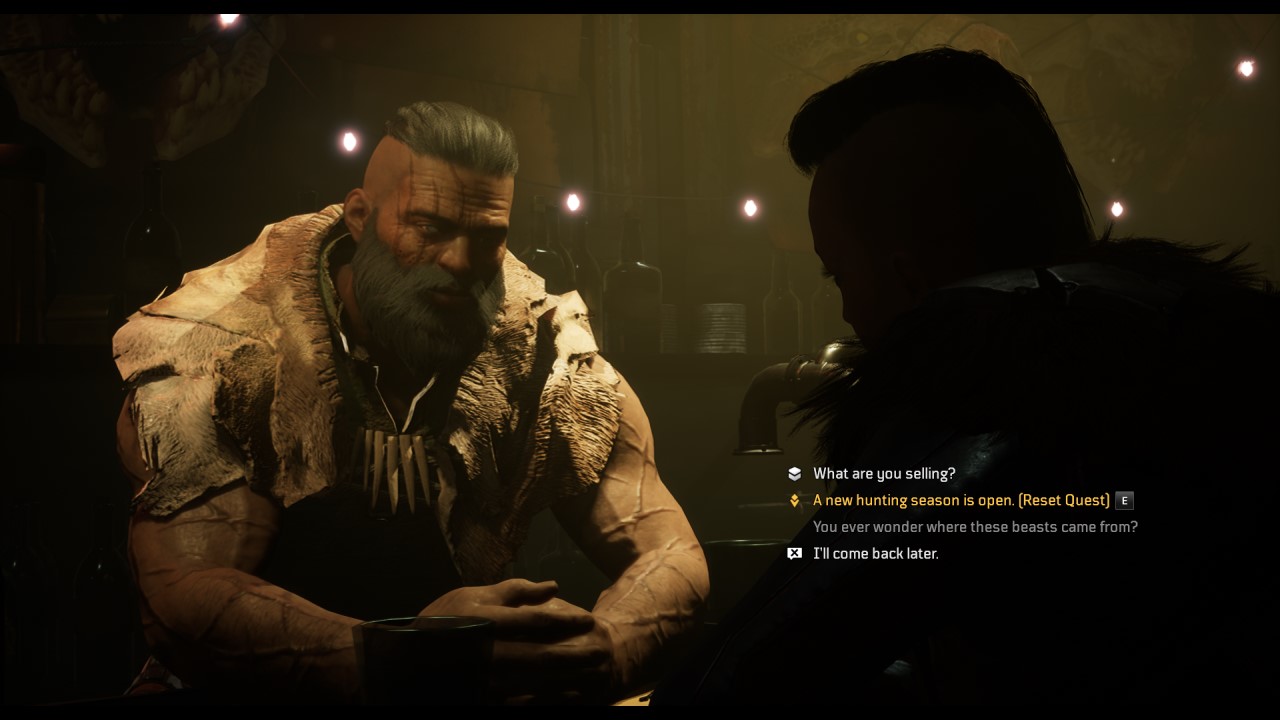 The Molten Acari boss in Eagle Peaks on the other hand is the fastest way to level your World Tiers, assuming you have a badass build and loadout in Outriders. Simply put, if you can clear this pest easily in under five-minutes you should use this method, although you’ll want to get your kill time lower if you plan to keep up with the escalating gear requirements as you advance in World Tiers.

To return to the Molten Acari boss fight in Eagle Peaks you need to go to the lobby (where you choose your character and enter the game) and choose “Select Story Point” above “Continue Game”. Cycle all the way back to Eagle Peaks and pick the “Investigate the volcano’s peak” story point to start up right at the fight. Kill the boss, turn in the quests at camp, then return to the lobby and repeat.

You can replay the full story or grind random side quests if you so prefer, but you’ll level your World Tiers slower this way than you will with the above two methods. That said, sometimes you don’t want to mindlessly grind the same exact content for hours on end, so if you want a more relaxed way to level your World Tier in Outriders find a story point you enjoyed and resume play from there. 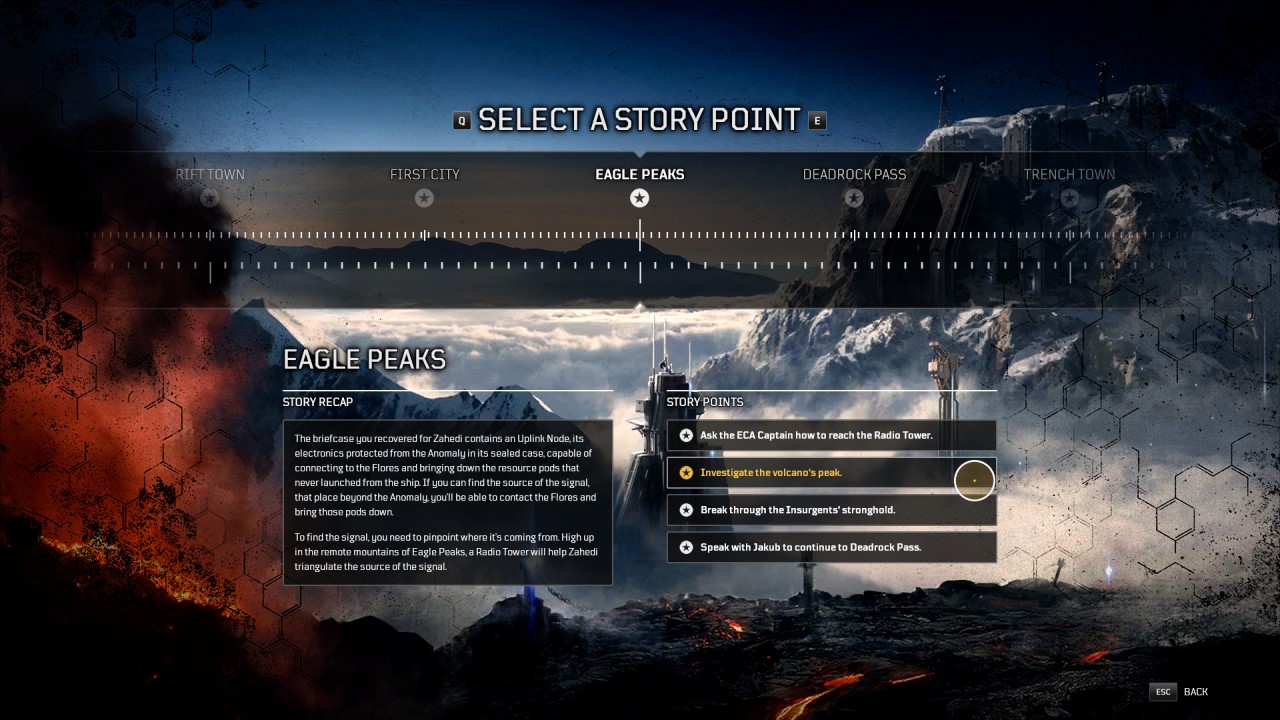 Think of it this way: World Tiers are for gearing up in the campaign portion of the game, and Challenge Tiers are for collecting loot in the endgame Expeditions. I hope that clears things up a bit before you commit to whatever grind you plan to pursue in Outriders.