Outriders – How to Turn On Cross-Play

Murdering swarms of bloodthirsty maniacs is more fun with friends. 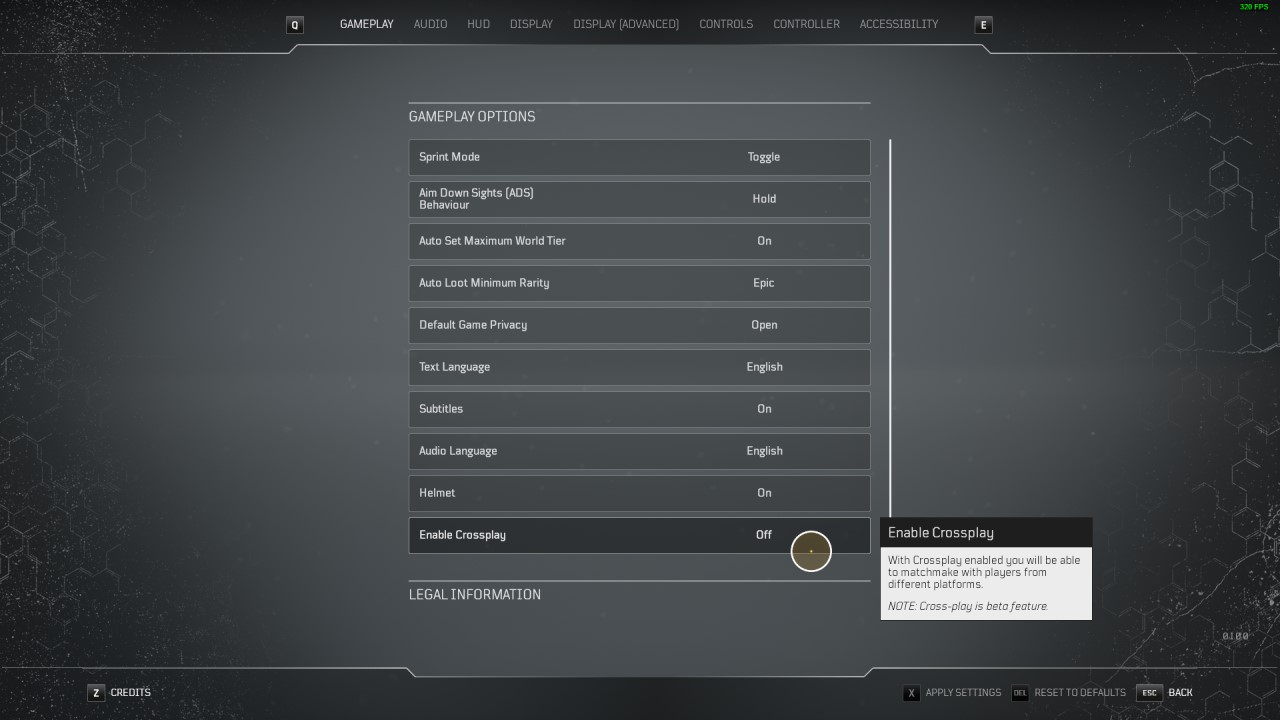 Cross-play has proven a boon in the various co-op games its been added to, and Outriders is a cooperative experience at heart. People Can Fly appear to agree with my observation, because Outriders will feature full cross-play at launch. Even the current Outriders demo has cross-play baked in, but unlike the complete game you’ll have to manually enable it yourself if you plan to party up with your Altered buddies on a different platform.

Cross-Play in the Outriders demo can be enabled via the Gameplay settings menu.

Cross-Play in the Outriders demo is currently in a beta form, so People Can Fly have left it off by default. That said, you can manually switch it on yourself, and it’s pretty simple to do so.

Regardless of which platform you are playing the Outriders demo on, simply enter the options menu and you’ll find “Cross-Play” at the bottom of the Gameplay tab. Flipping the switch will turn the feature on in its entirety; there isn’t a filter for platforms or input-method in Outriders.

Outriders doesn’t feature competitive multiplayer, so I doubt those options are on the way. Otherwise, enabling Cross-Play in Outriders will allow you to match with random Altered or friends playing on other platforms. There are a couple of caveats to all of this, however.

The Stadia version will feature Cross-Play at launch, since the demo is not available on Google’s streaming service. PC players can buy the game on either Steam or the Epic Games Store, but they won’t be able to play with each other until the game’s full launch since A.) the EGS doesn’t have the demo, and B.) Cross-Play is what will bridge the two PC stores together. If at any time you grow tired of Cross-Play, simply return to the Gameplay menu within the settings to disable it – there isn’t a toggle within the actual matchmaking interface, so you’ll have to flip the feature on and off yourself in the settings every time you want to tweak it.

Home / Game Guides / Outriders – How to Turn On Cross-Play