Combat medic, at your service. 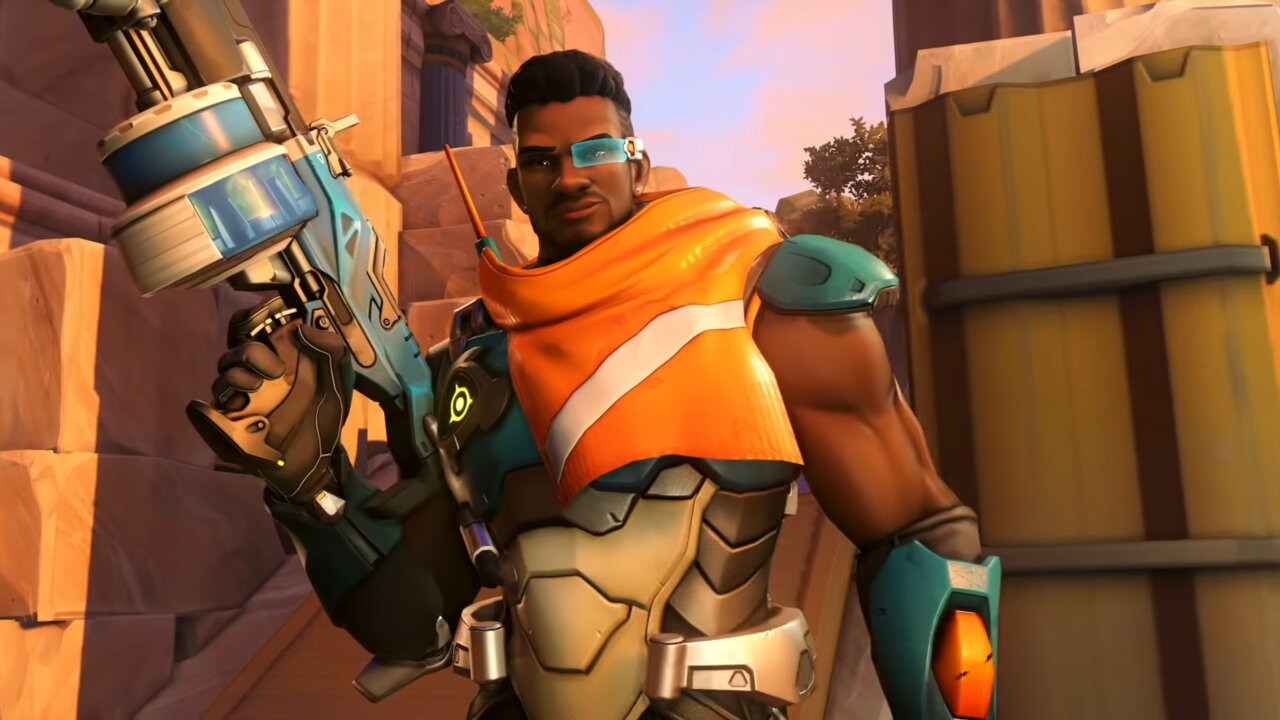 Baptiste is a Support Hero in Overwatch 2 that can deal decent damage as well as keep his team from dying. Though Support Heroes like Moira are arguably stronger, Baptiste is extremely fun to play and offers unparalleled Support abilities. Without further adieu, here is how to play Baptiste in Overwatch 2.

Baptiste has a Biotic Launcher that fires a three-round burst and a healing projectile that affects all allies near the impact. The three-round burst is the only way Baptiste can deal damage, but it is easy to control and has great range. The healing projectiles are the main way for Baptiste to heal his team; they are a bit slower compared to other Support Hero’s heal abilities, but it is highly effective to heal multiple teammates at once. 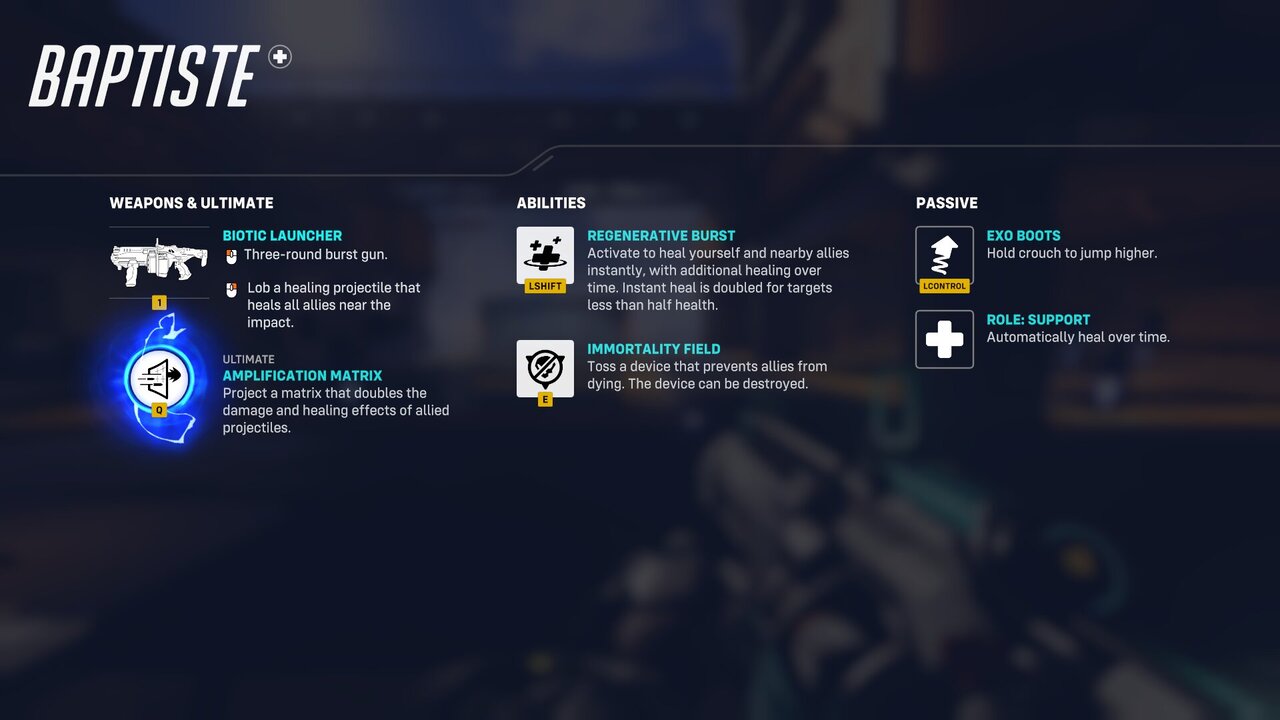 Baptiste has a unique passive perk called Exo Boots that allows him to charge up while crouched and spring upwards with a massive jump. He also has the Support passive that automatically heals him over time.

Lastly, Baptiste’s ultimate is Amplification Matrix. Using this ability creates a digital wall that doubles the damage and healing done through it.

The two Heroes that work best with Baptiste are Orisa and Bastion. Since Orisa is a very stationary Tank and Bastion is a Damage Hero with a lot of health, these two Heroes will be up front and grouped together. As Baptiste, all you need to do is stay by their side and use your Regenerative Burst, Immortality Field, and Biotic Launcher heals on both of them.

Mercy makes for a great Support teammate for Baptiste. She provides a more consistent heal to individual allies. And for the last Damage Hero, Ashe or Widowmaker are good picks because they can keep their distance with you behind your Tank.

Stay behind your Tank. Never attack on your own, always use your Regenerative Burst and healing projectiles to keep your Damage and Tank Heroes alive.

The Amplification Matrix works great to lock down and defend areas. Just make sure you communicate with your team when and where you’re deploying the ultimate.