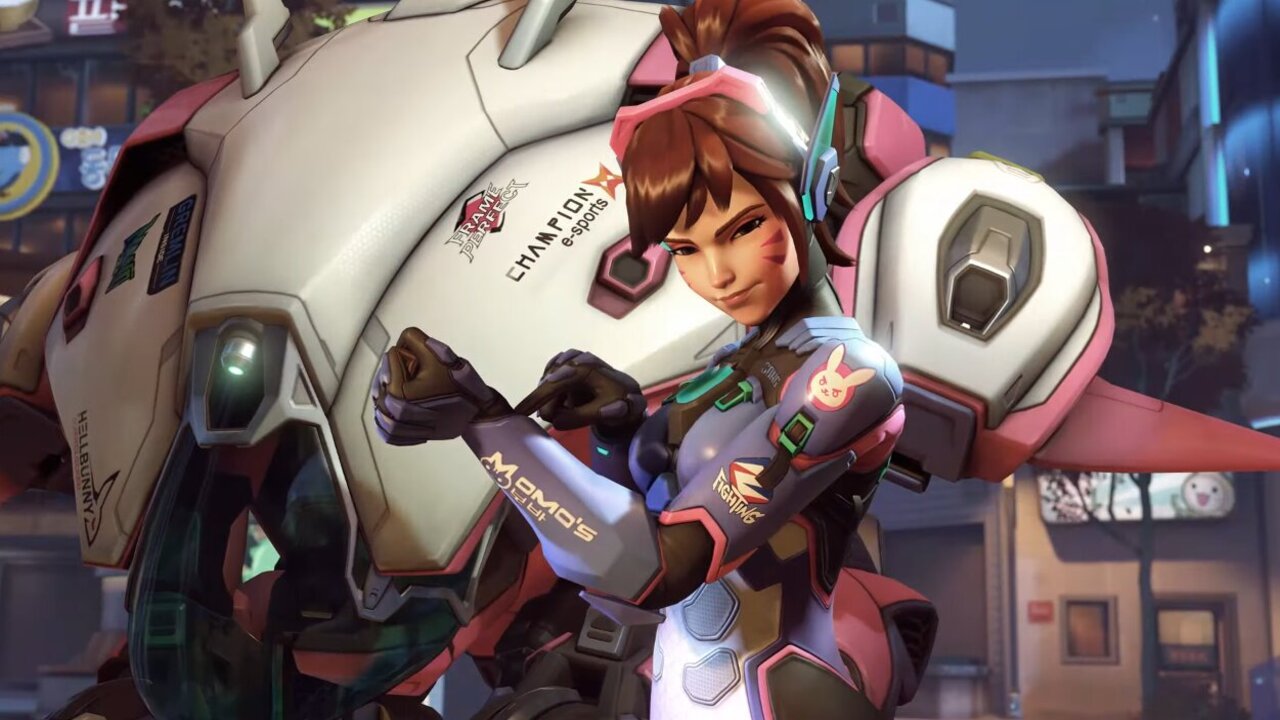 D.Va is an incredibly fun and easy Tank Hero to use in Overwatch 2. While she may be relatively easy to use, that doesn’t mean that knowing her best team compositions and strategies will help you make D.Va soar. Here is your Overwatch 2 D.Va hero guide.

D.Va has a lot of abilities. Though you will primarily be playing D.Va in mech form, there are times when D.Va (or baby D.Va as the community calls her) comes out. Mech D.Va uses Fusion Cannons that never need to reload.

Also, mech D.Va has Defense Matrix which blocks incoming projectiles and Micro Missiles that launch a barrage of tiny rockets where you are looking. She also has Boosters that allow her to fly quickly anywhere for three seconds. 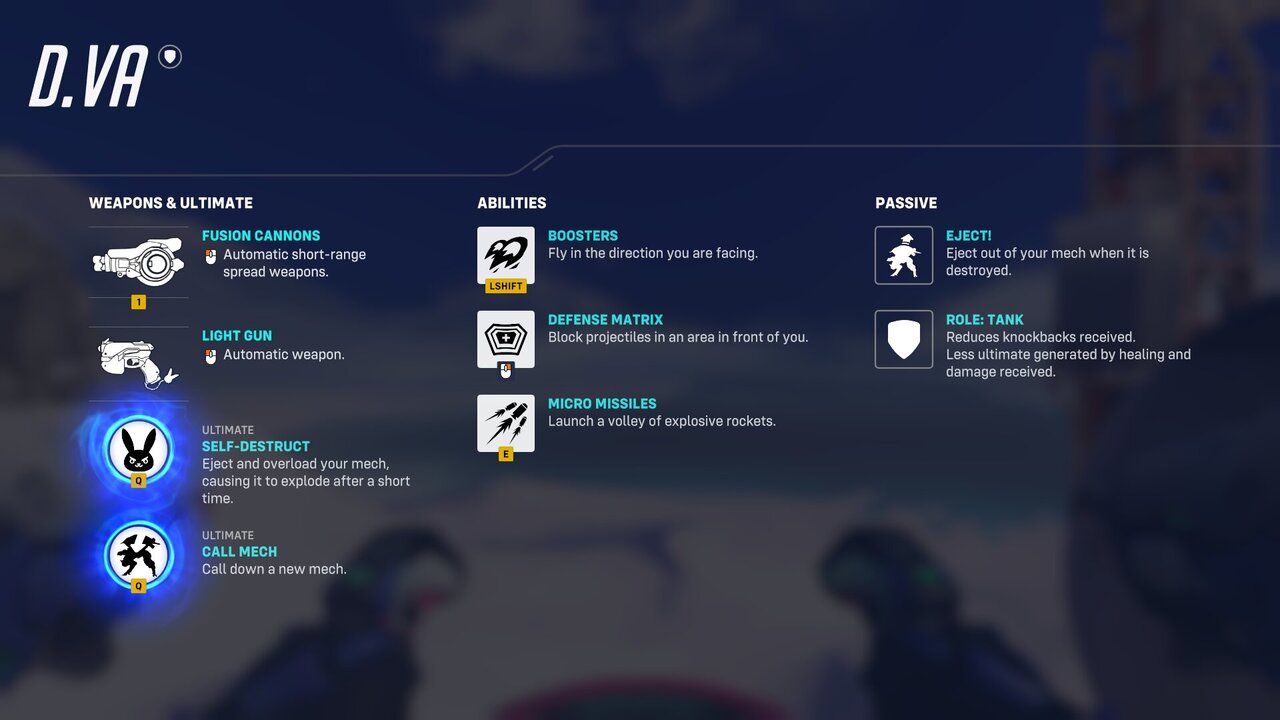 D.Va’s ultimate is Self Destruct and it sends her mech out and explodes it and any enemies the area that are within sight of the mech. Once the mech is destroyed, baby D.Va appears. She can use her Light Gun to shoot bullets at enemies, which helps recharge her mech. Once the mech ultimate is recharged, she can Call Mech to get back into Mech D.Va mode.

The best Heroes to pair with D.Va are Sombra, Cassidy, and Junkrat. D.Va is a Tank that can absorb a lot of damage, but if you are able to chain ultimates together, you can easily wipe the field.

Each of the Heroes mentioned above have devastating ultimates that basically kill all players in a general area. If you time it right, D.Va’s Self Destruct paired with a Sombra, Cassidy, or Junkrat ultimate will eliminate an entire team.

The best Support Hero to pair with D.Va is Ana. Ana can provide healing from a distance, throw her Biotic Grenade to heal D.Va, and use her Nano Boost ultimate to make D.Va hit harder and take less damage.

The best way to play D.Va is to stay front and center, like any Tank Hero. Where things get interesting is how you use her Boosters. If a single enemy player is singled out, like if Mei uses an Ice Wall to cut off one enemy player from the rest of the team, D.Va’s Boosters, Fusion Cannons, and Micro Missiles can put a quick end to any Hero.

You can also use Boosters to maximize the Self Destruct efficiency. When the entire enemy team is in one position, use your Boosters and go straight towards the sky. Once you’re in the air, press Self Destruct and your D.Va mech will continue up, and drop on the enemy team like a bomb. If you do this right, the enemy team won’t see your ultimate coming.

There you have it, the ultimate Overwatch 2 D.Va Hero Guide. For more Hero guides, head over to our Overwatch 2 page. We have that and so much more to help you succeed in Overwatch 2.