Blow up the opposition. 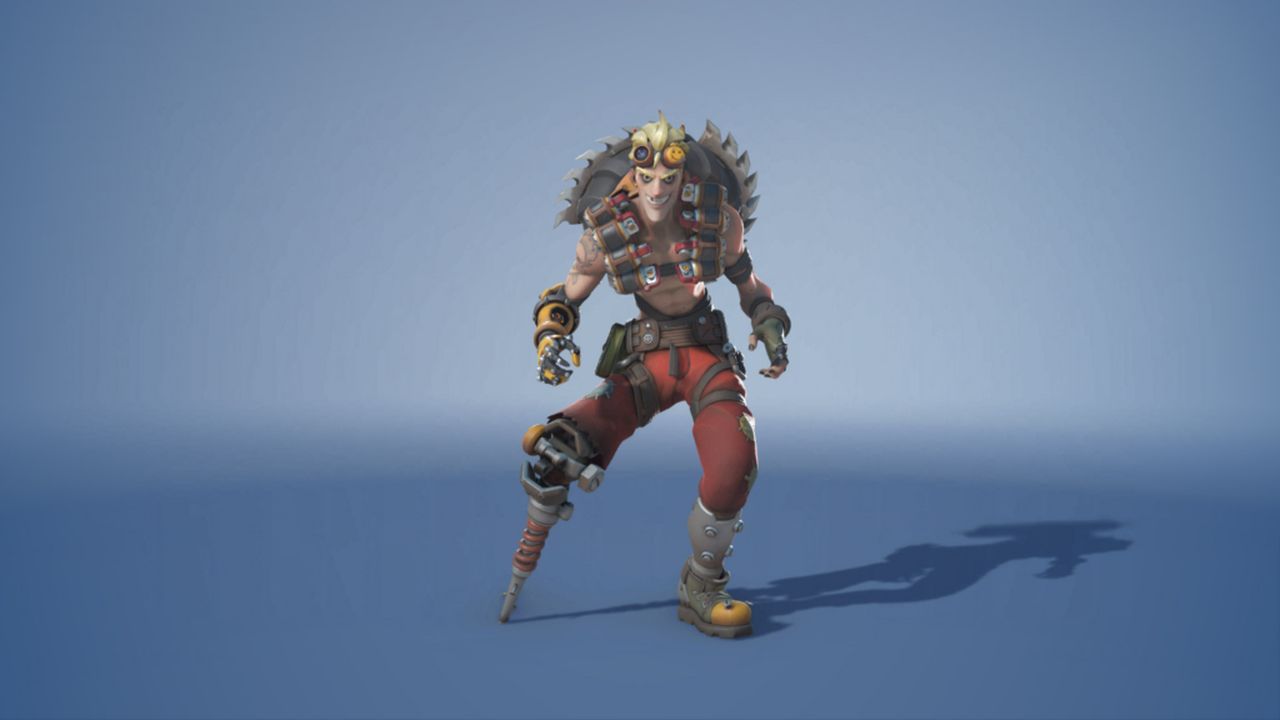 Junkrat is a Damage dealer Hero in Overwatch 2 who can eliminate opposing threats quite rapidly. He’s a bit more niche of a Hero, not outright having the offensive capabilities of other popular characters like Pharah. What he can excel in is locking an area down with traps and explosions, so here’s a quick rundown of how you can use him as optimally as you can in Overwatch 2.

Junkrat uses his signature Frag Launcher as his primary weapon. If you have played any other type of shooter game before, this works like a standard grenade launcher. The projectiles will shoot in a lobbing trajectory, bouncing a few times on surfaces before they explode. If a shot grenade makes contact with a player, it will explode, dealing direct damage. 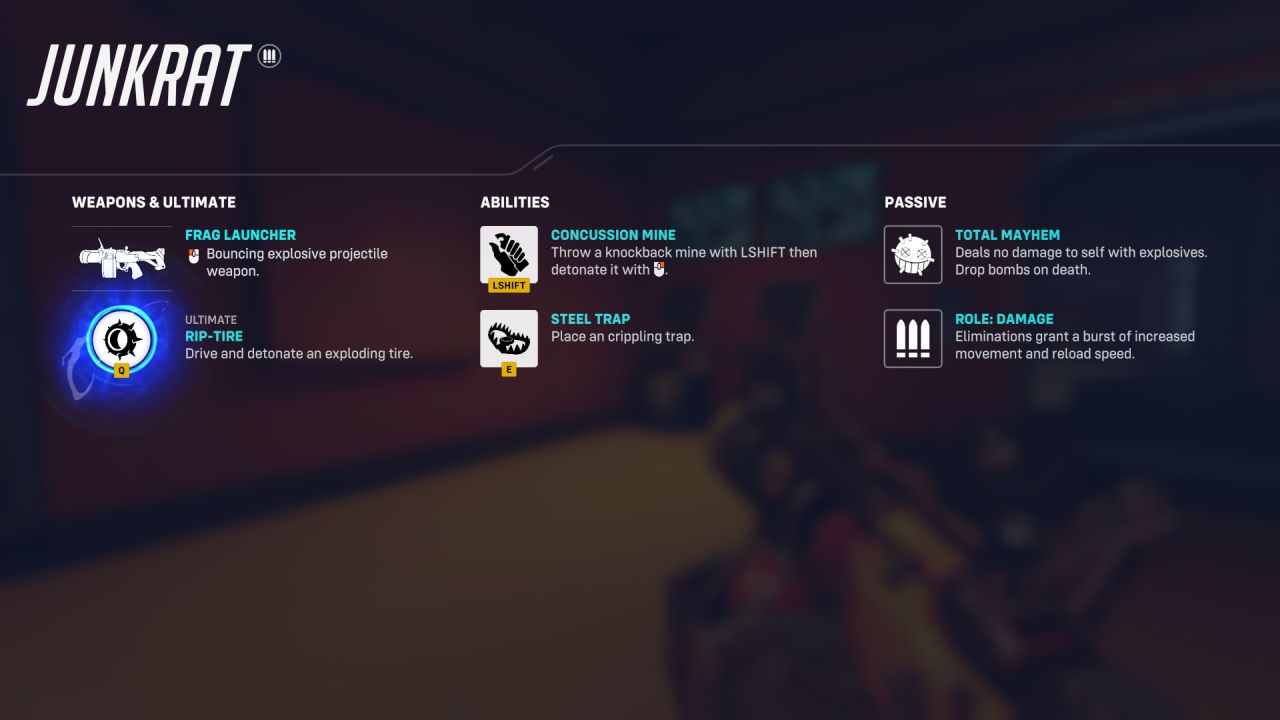 You don’t have to be accurate with this. Once a team starts seeing grenades flying to their location, you’re denying them space to move in that area, unless they have a death wish. You have five grenades per clip, so you will be reloading quite often.

To add to his explosive lethality, he’s equipped with a Concussion Mine. You throw one out into the field and can then remotely detonate it when you want. It’s used both as enemy bait and for mobility purposes.

As a character who can lock down an area, he also has his Steel Trap. It presents itself like a bear trap. If an enemy character steps on it, you’ll see a “TRIGGERED” notification on your HUD. A trapped enemy is incapacitated by a trap for a few seconds.

Lastly, Junkrat uses his Rip-Tire for his Ult. It’s an extremely powerful and remote-controlled bomb strapped to a tire. The Ultimate is only active for 10 seconds, so you have to properly maneuver it around and detonate it on an enemy to score an elimination.

Junkrat can easily work with Heroes who can incapacitate or group many enemies together. He works amazingly well with someone like Zarya who can group enemies up with her Graviton Surge. Of course, this does mean that you have to pair your Ultimate charges for one big possible team wipe. Junkrat can also pair well with a Mei on the team as she can slow down and even freeze enemies, making them easy pickings with his high damage output.

Alternatively, Junkrat works well as someone who can hide behind the team. Lobbing all of these projectiles madly, he can lock down a sizeable portion of an active firefight.

Despite being a bit more on the difficult side, it’s quite easy to play Junkrat. As long as you’re lobbing nades, trapping people, and getting the occasional stage knockout, you’re doing just fine.

You want to ideally use your Steel Trap on flank points to stop characters like Sombra, Tracer, Reaper, or Genji. If they land on a trap and you notice the Trigger notification, you can alert your team to properly deal with them.

As for his Concussion Mine, you really want to master mobility with it to get you out of a dicey situation. It can also be used to bait players into an easy off-stage death when properly placed. It all really boils down to point control with him.

Junkrat is used better when playing defensively, or on a static point. His only weakness is when he has to deal with nimble opponents and objectives constantly in motion. Before the game only had three roles, he was technically a Defender, meaning he was good at dealing damage and clearing enemies from a designated area.