Where light and dark divide. Moira is a force to be reckoned with in Overwatch 2, especially when paired with the right team. Though her kit is relatively simple, it can be hard to get the most out of Moira if you don’t know her best strategies. Here is your ultimate guide to playing Moira in Overwatch 2.

Moira is perfectly balanced between light and dark. Her main weapon and healing comes from her Biotic Grasp. The left trigger sprays a heal towards your allies and it consumes biotic energy. The right trigger constantly damages a single enemy that is close and restores biotic energy.

Her two abilities are Biotic Orb and Fade. Like Moira’s Biotic Grasp, Biotic Orb can either heal allies or damage enemies depending on what you pick. Fade allows Moira to become invisible and invulnerable. In this state, she can’t attack but she moves faster. 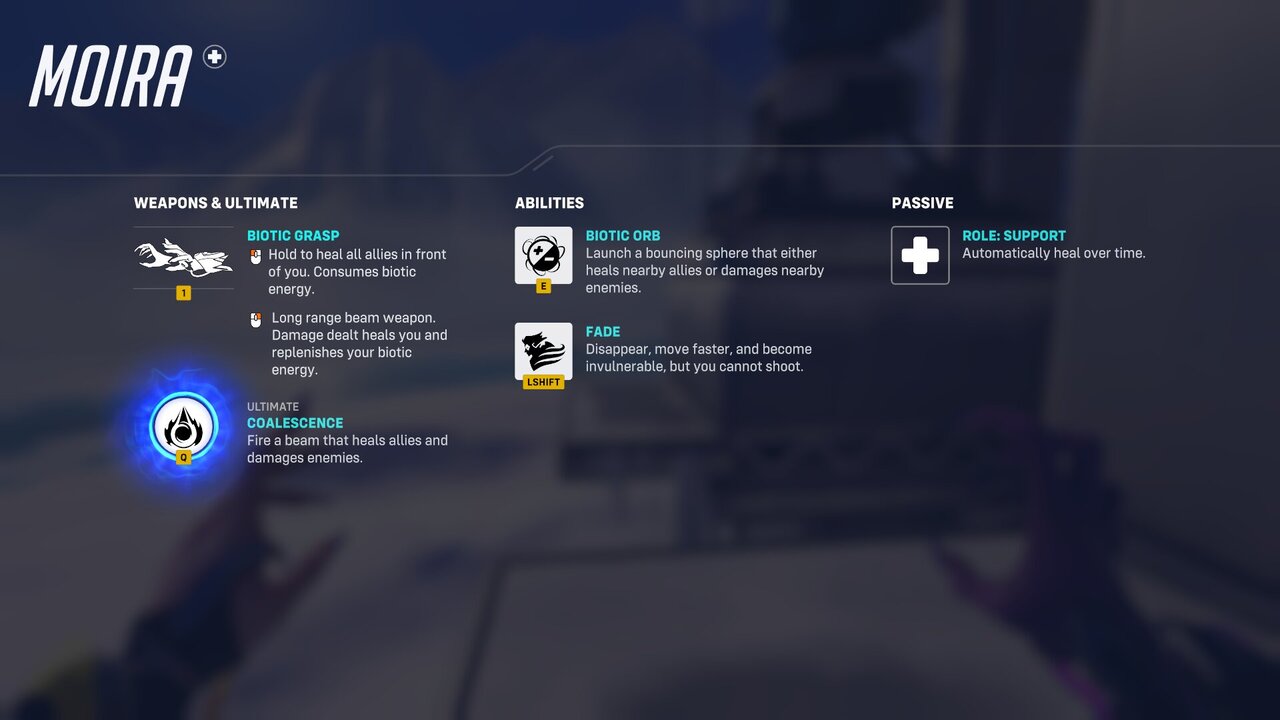 Moira has the standard Support passive which automatically heals her over time. Her ultimate is called Coalescence and using it fires a beam that heals allies and damages enemies. Depending on which team you are on, you are either very lucky or very unlucky to be caught in Moira’s Coalescence beam.

The best Tanks for Moira are the ones that dive head first into combat like Winston or Doomfist. Thanks to her Fade, Moira can always be at the right place at the right time to assist her team with heals or the last bit of damage.

For Damage Heroes, Moira, again, works best with those that break off and take out enemies one by one. The best Heroes that do that are Tracer and Sombra.

Since Moira is a short-ranged healer, having someone like Lúcio makes for great team comp. While Lúcio heals all of the allies around him, Moira can focus on the individual healing and damage pushes that need to happen.

Moira’s Fade allows her to retreat when necessary and chase that enemy Hero that is very low health. Her damage Biotic Grasp deals constant damage if you are close enough to an enemy, so make sure you’re close to the enemy, but also protected by your Tank.

And that is how you play Moira in Overwatch 2. If you are looking to switch it up and play a Damage Hero like Bastion, or any other Hero for that matter, we’ve got Hero guides and more on our Attack of the Fanboy Overwatch 2 page.