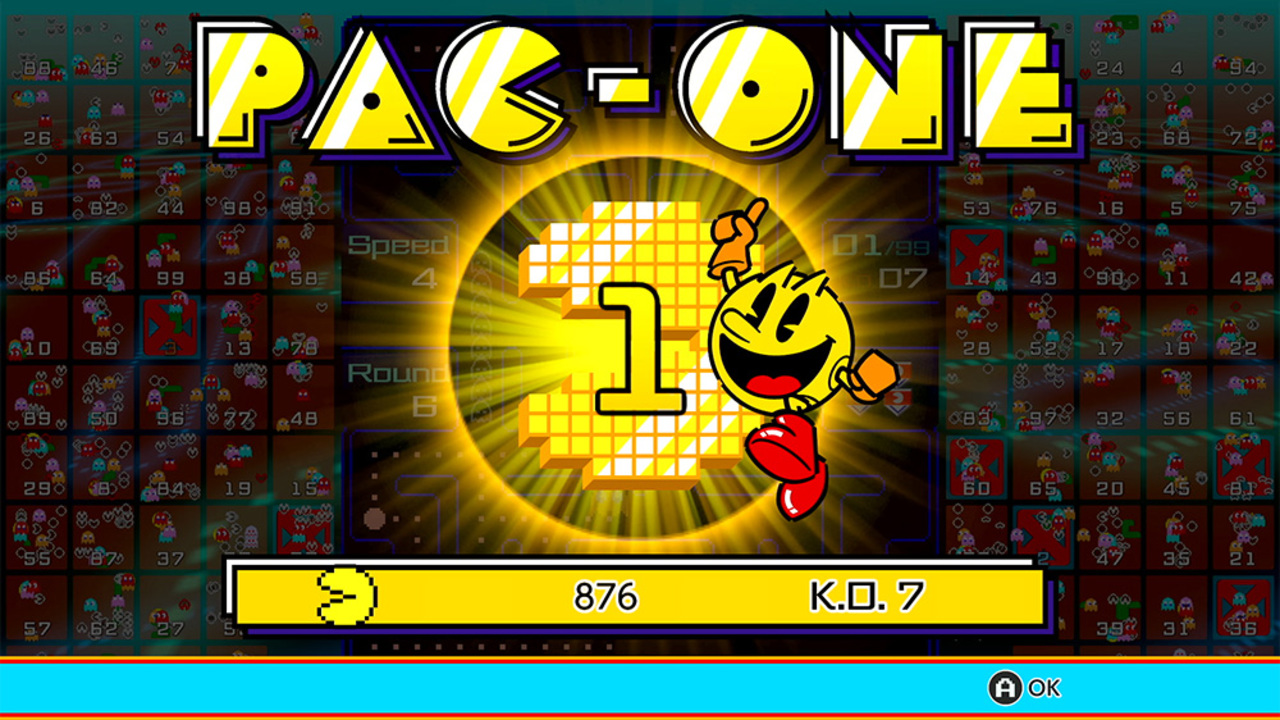 PAC-MAN 99 has recently released as a ‘free’ incentive for Nintendo Switch Online members, and you may be wondering about the rules and how to play as the game throws you in at the deep end without any instruction.

After the sad demise of Super Mario Bros. 35 at the end of March, Nintendo has now given us a new battle royale twist on an old-school classic, in the form of the beloved Pac-Man. This new game joins Tetris 99 in the growing list of Nintendo Switch Online benefits, but these games don’t really come with any guidance on how the game works. So here’s the rules, tips and how to play PAC-MAN 99 (and win!)

As you might expect, PAC-MAN 99 follows in the footsteps of Tetris 99 and doesn’t really touch the core gameplay of the original game a whole lot, so if you’ve ever played Pac-Man before, you’ll know what you’re up against. The general principle involves controlling Pac-Man through a maze while eating Dots and Power Pellets, dodging and attacking Ghosts, all while trying to stay alive for as long as possible. You can control Pac-Man by default with the Control Pad, but in the setting you can also change it to the left stick if you prefer.

The aim of the game is to be the last Pac standing, called a PAC-ONE in the game itself. You’ll be competing against 98 other players for this title, and the longer you stay in the game, the more intense it gets. Power pellets don’t last as long and the intensity of the game will certainly ramp up a notch as you compete against the most experienced players. 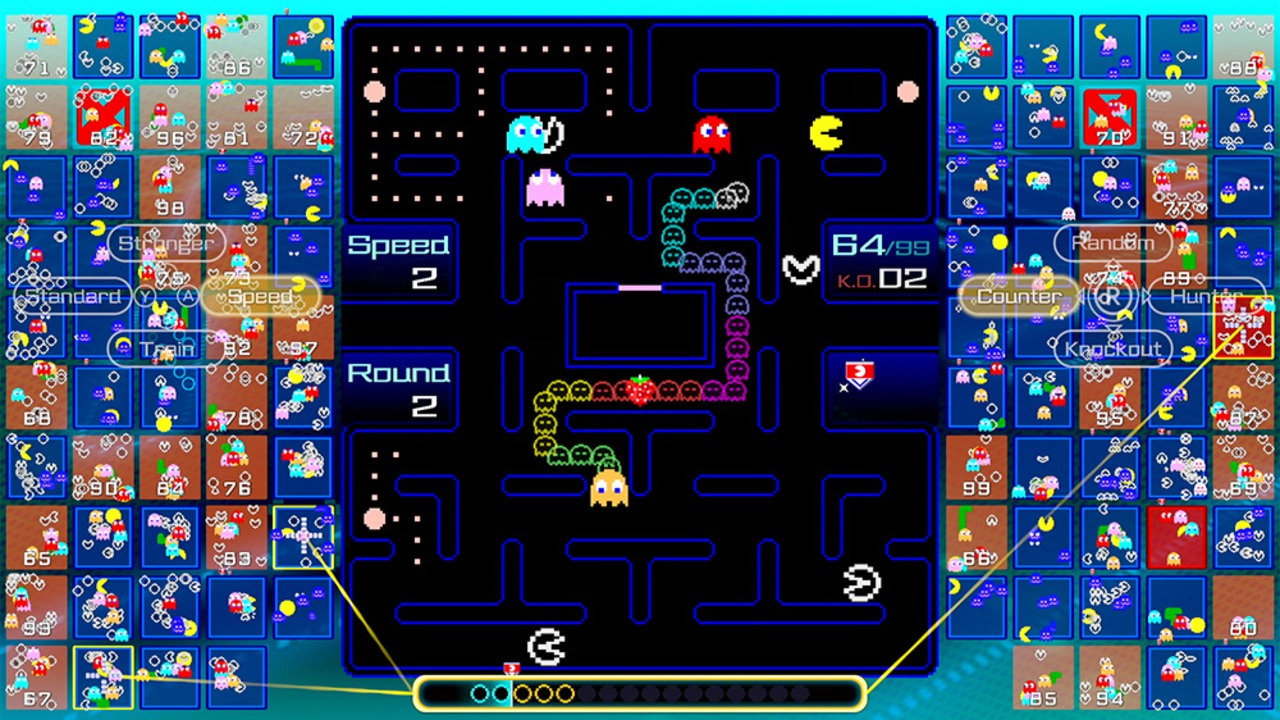 Surviving is the aim of the game in PAC-MAN 99, and it’s actually really simple. You just need to make sure you don’t get hit by any of the ghosts while the Power Pellet is inactive (Ghosts can kill you when they’re colored and are vulnerable when they’re dark blue). This is much harder than it sounds though, as it often feels like the Ghosts can predict your moves and gang up on you accordingly, so try to make sure you plan your routes to Power Pellets effectively to avoid being wiped out.

Attacking is a major part of PAC-MAN 99, and it’s also really fun to gobble up a whole train of Ghosts and send Jammer Pac-Man to your opponents (more on this in New Mechanics below). The general idea involves picking up Power Pellets and taking out as many Ghosts as possible in the time limit you have. The game will give you a warning that the Ghosts are about to turn lethal again when they start flashing white. Sometimes it’s a better idea to be less aggressive and play more slowly in certain situations instead of trying to wipe out your opponents as quick as possible, but the more you play, the more you’ll know when to react in certain situations.

This new iteration changes up the core gameplay slightly with things called Jammer Pac-Man and Sleeping Ghosts. The Sleeping Ghosts are on the left and right of the maze, and they create a train of ghosts behind one of the ghosts. We’ll get onto this with Power Pellet modes shortly. Jammer Pac-Man can slow the player down, possibly causing them to get destroyed by a ghost. Game Over. The Jammer Pac-Man are sent to your screen when other players eat a Ghost, which is why it becomes important to manage who you’re attacking using the Targeting Options, defaulted to the right stick, as the game progresses in order to stay on top: 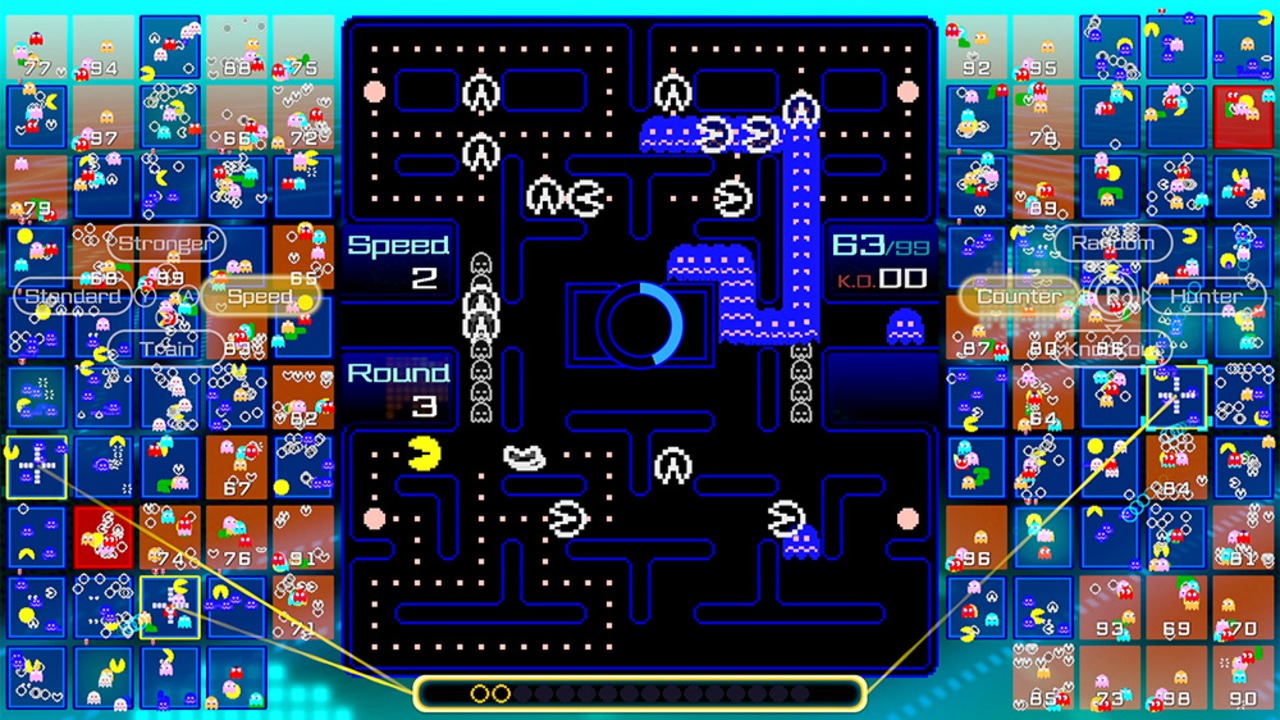 You can also manage the effects of Power Pellet Power-Ups, defaulted to the A, B, X, Y buttons, to change up your attacks:

Don’t worry about who you’re attacking and changing the effects of pellets too much when you’re first starting out though – just focus on trying your best to survive and get to grips with the general principle of the game; the rest will come naturally as you play.