Hit the ground running with these characters! Persona 4 Arena Ultimax is releasing its latest version to home consoles and PC soon, and players will be delighted to see how well the game holds up.  Additionally, with the high potential for new players to come around and try this game, you need to consider that the game is easy to pick up, and difficult to master.  This is pretty typical of any game by Arc System Works and should not discourage players.  There are plenty of characters with a lower barrier of entry which you can try and still enjoy the Persona fandom, so read on for our guide on the Best Characters for Beginners in Persona 4 Arena Ultimax!

The most important thing you should consider is that you should avoid characters with too many gimmicks, so Yu, Teddie, Chie, Sho, and Tohru Adachi are all reasonable choices.  Each of these characters is either reasonably fast or their attacks are quick and easy enough to execute without having to worry about secondary gauges aside from SP.  These characters serve as excellent choices if you’re looking up to pick up and play, as they’re hyper offensive and are meant to close the gap between you and your opponent efficiently, dishing out heavy damage while focusing on simple attack inputs.

To recap, these are the best beginner characters in P4AU: 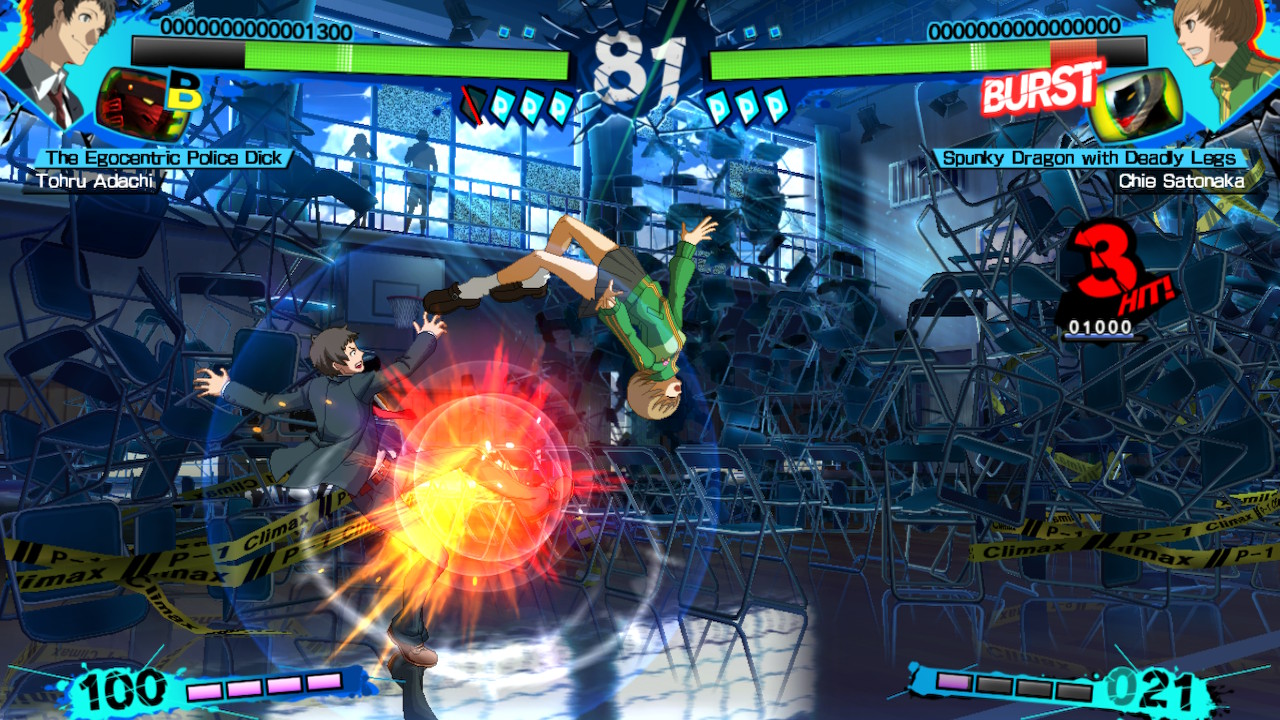 Simply put, these characters allow you to focus on the basics while giving you the freedom to learn combos without having to keep track of things like Naoto’s pistol ammo, Junpei’s scorecard, or Koromaru’s health as Ken’s companion.  This allows for people not to feel confused or even overwhelmed by the many mechanics put in play and reflect how simple and balanced these core beginner characters can be.  You’re still welcome to pursue other characters, as Kanji is a lot of fun even with how slow he is, and Yukari is particularly oppressive as a ranged fighter in the right hands, they just require a longer adjustment period.

This concludes our guide on the Best Characters for Beginners in Persona 4 Arena Ultimax!  Be sure to check out the latest from Atlus on their Shin Megami Tensei and Persona updates, including possible hints at a Persona 6!