Persona 5 Strikers: Where to Gather Rumors on Alice Hiiragi

Gather information in Shibuya to learn more about Alice. Very early in Persona 5 Strikers, you’re required to gather rumors on Alice Hiiragi so the Phantom Thieves can infiltrate the Shibuya Jail and change her heart. The investigation begins on July 26, so it’s one of the first objectives of the entire game. There are people you need to talk to across Station Square and Central Street, but the game doesn’t tell you exactly who you need to speak to. Once you know where to go, however, the whole process only takes a few minutes. Here are all the places to gather rumors on Alice Hiiragi in Persona 5 Strikers.

Where to Gather Rumors on Alice Hiiragi

There are five total people you need to speak to in order to gather a sufficient amount of information. 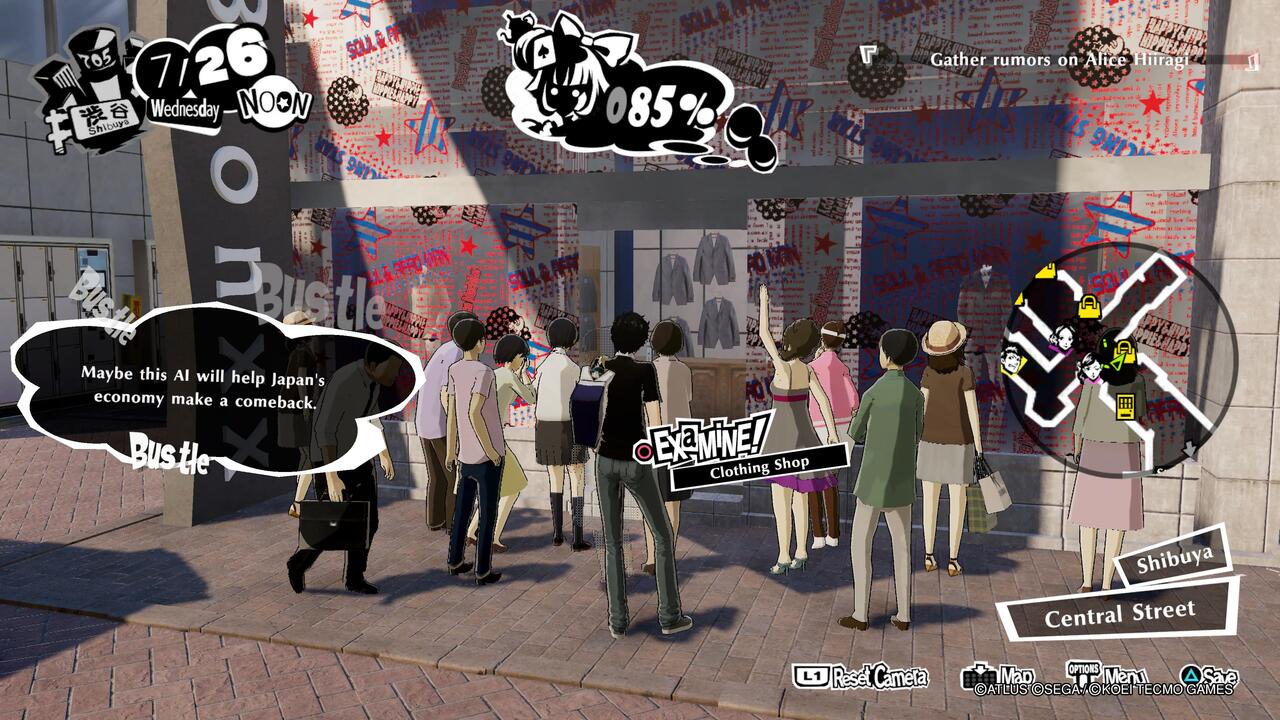 Immediately after arriving at Central Street, you should see a crowd of people surrounding the Bronx Clothing Store on the right side of the street. Head over and investigate to add 31% to your investigation progress. 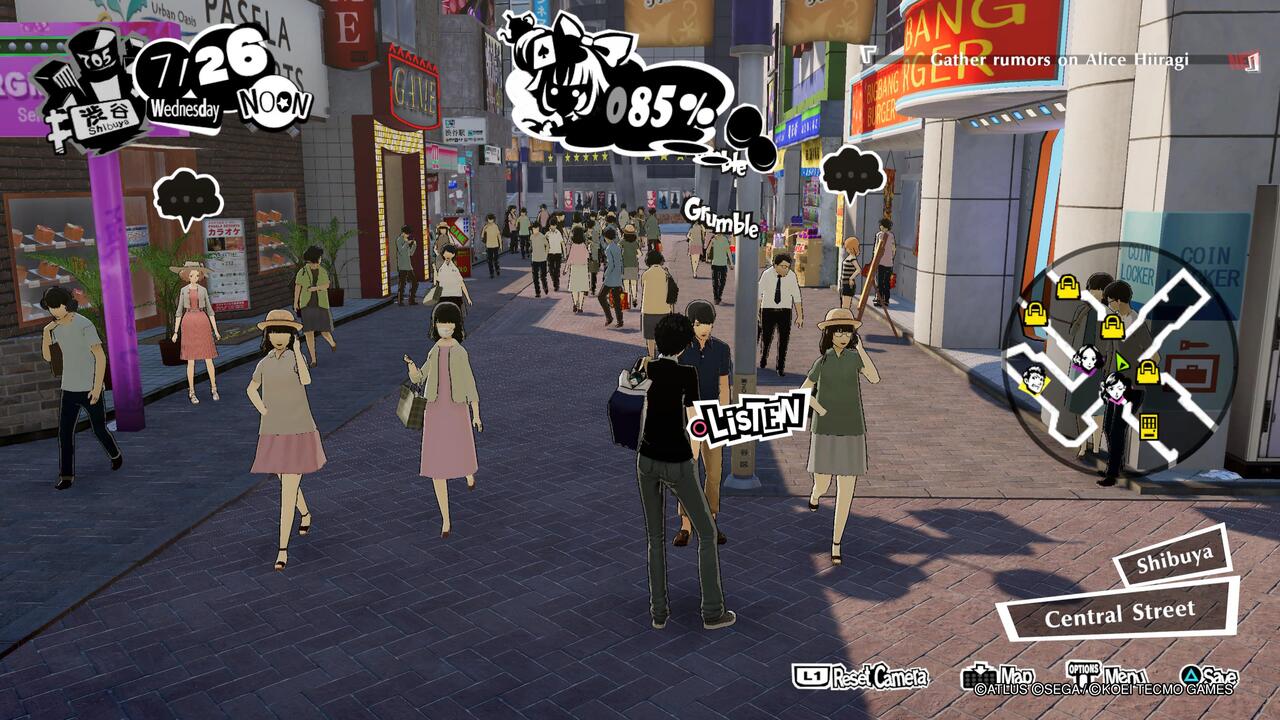 Just a bit further down the street from the Bronx Clothing Store is a Passionate Young Man standing near a pole. He’s wearing a black shirt and is standing across the street from Haru and Ann. Talking to him adds 23% to your investigation progress. 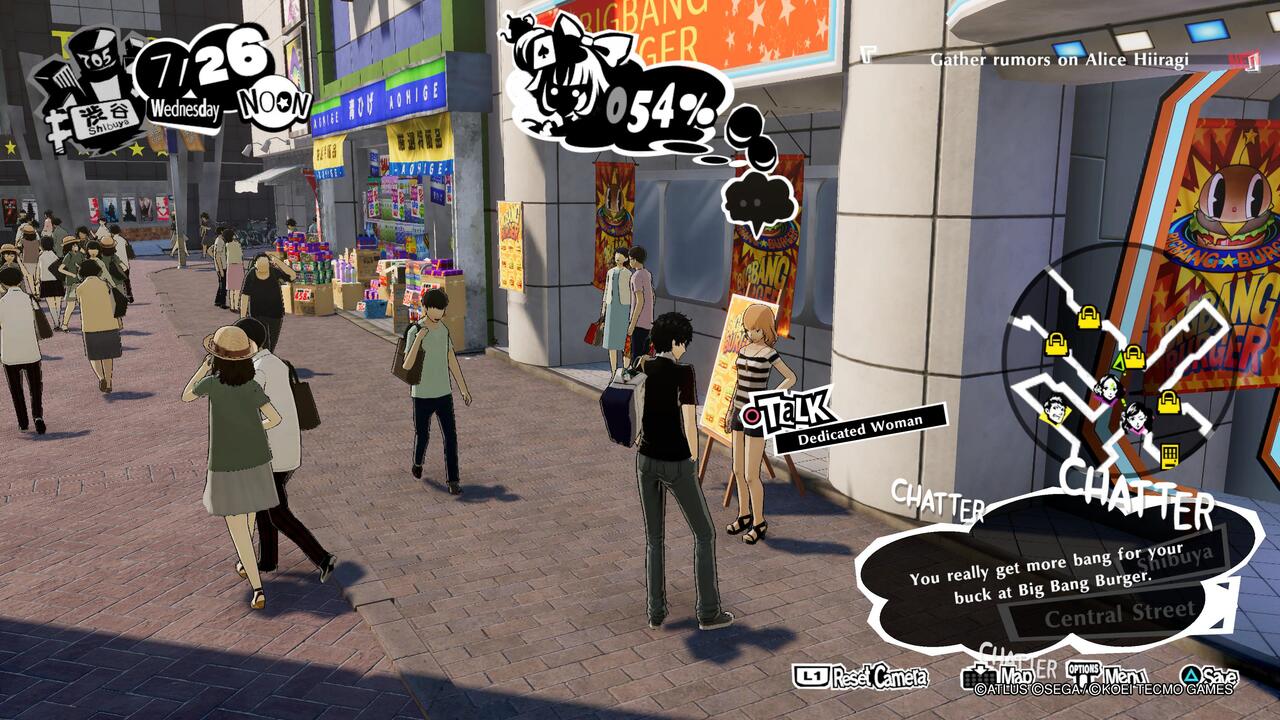 After speaking to the Passionate Young Man, head to the Big Bang Burger restaurant. There’s a Dedicated Woman standing near the entrance. Speak to her to add a small 2% to your investigation progress. 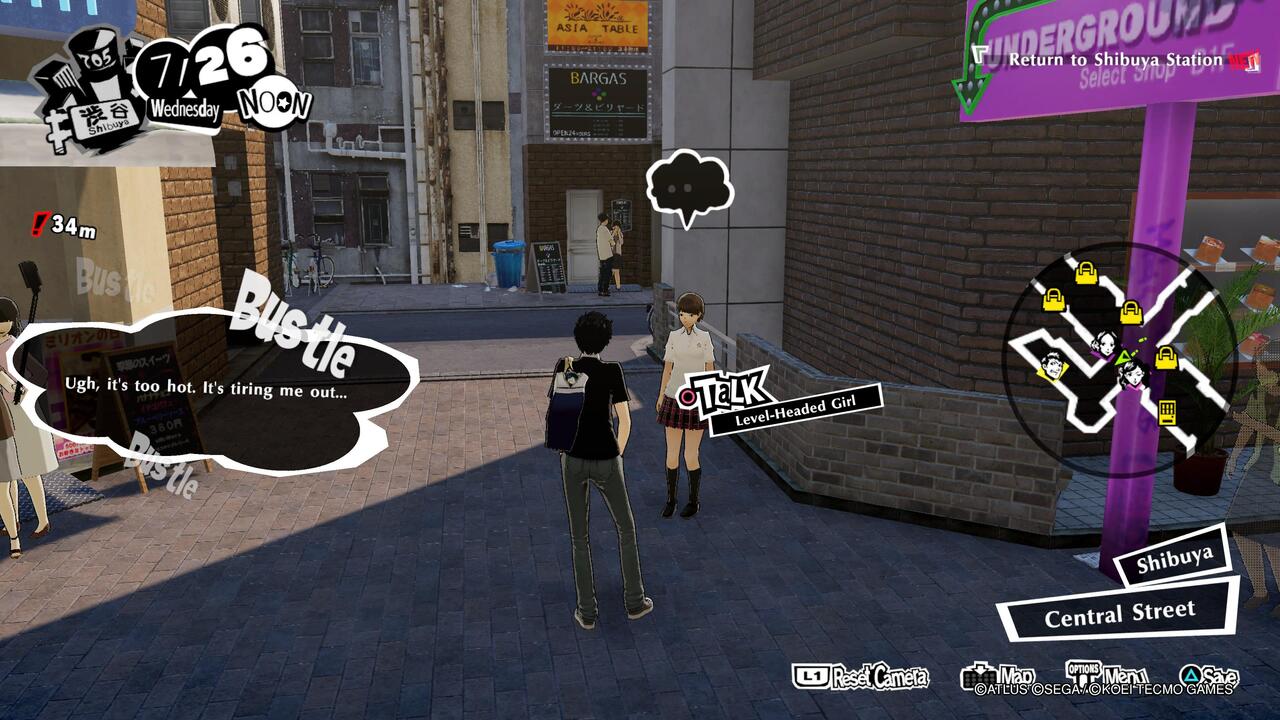 Next, make your way over to Haru. There’s a Level-Headed Girl wearing a Shujin Academy uniform standing at the entrance to the alleyway nearby. Talk to her to add 6% to your investigation progress. 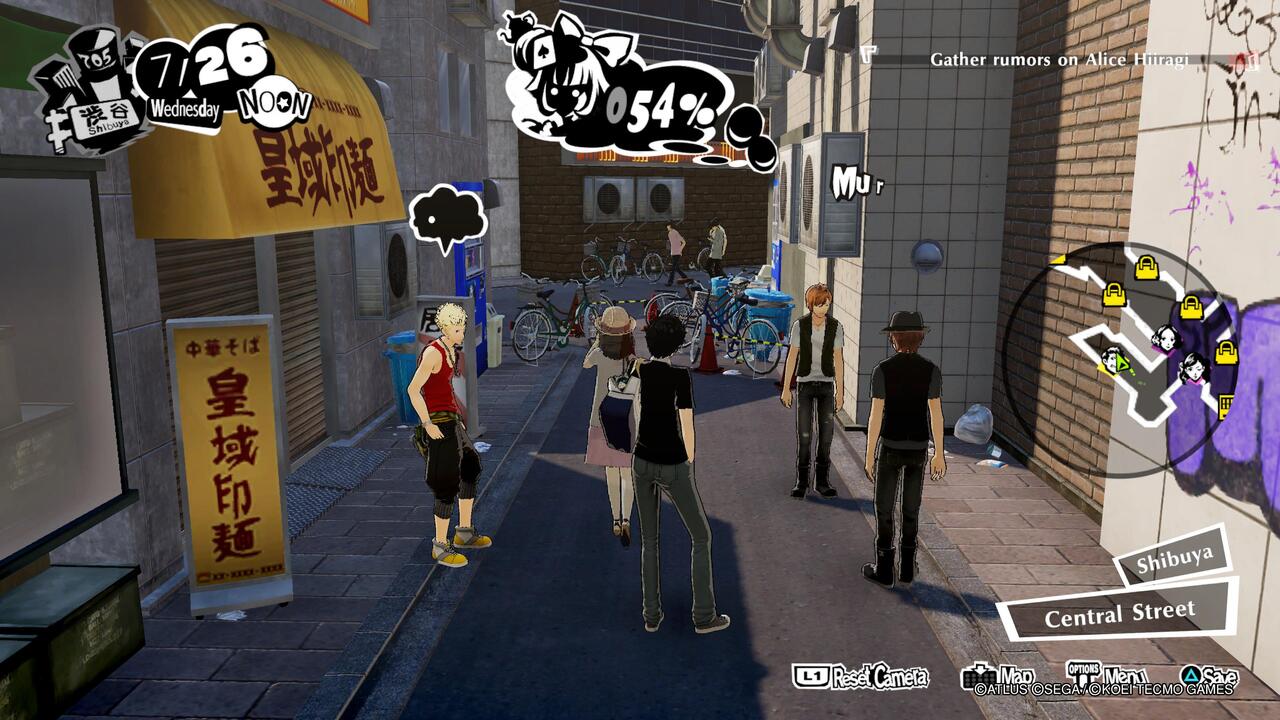 Finally, head to the Airsoft Shop in the alleyway to find Ryuji. There’s a Brunette Young Man standing in front of him having a conversation with a friend. He’s obsessed with Alice and is attempting to get a loan to buy more merchandise. Listen in on their conversation to add 38% to your investigation progress.

After speaking to everyone, it’s time to head back to Shibuya Station Square to conclude the investigation. Now that you’ve investigated the rumors about Alice Hiiragi, you’ll be able to continue the story and infiltrate the Shibuya Jail after a few more story scenes.