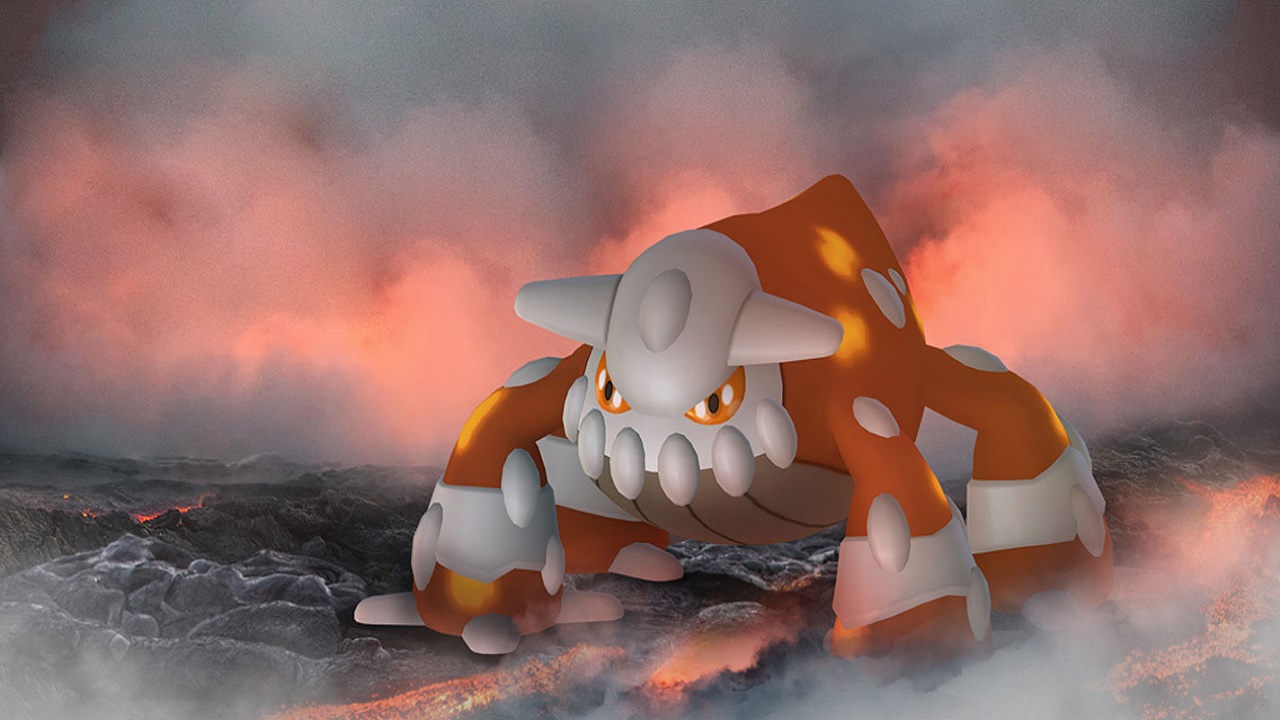 The introduction of raids was a game changer for Pokemon Go when it was implemented a few years ago, with the Pokemon available in the raids consistently rotating. This is especially the case with the five star raids that are most difficult, which typically feature legendary Pokemon that you can’t catch otherwise. The latest rotation for the raids has brought back one a previous legendary raid from the past, but this time it has a special shiny form that you can possible encounter as well and this guide will help you know how to combat him.

Heatran is the incredibly rare Fire/Steel type, the only one of its kind in all of Pokemon. While that may have people worrying about how to take it down as a result of not having that type often, there are still some good strategies to work with. Before getting into the good counters though, it’sa good idea to take a look at the potential moves that Heatran may have to use again you.

There are two Fast Moves that Heatran may have, being either the Fire type Fire Spin or the Bug type Bug Bite. Charged attacks on the other hand can be more brutal, which include two Fire type moves in Flamethrower and Fire Blast, the Rock type move Stone Edge, and the Steel type move Iron Head.

Being a Fire/Steel type Pokemon, that means it has some typings that are very much not recommended. Normally Fire itself would be great against Steel, but the Fire typing makes that a no go here. To have your best success, you are going to want to go with one of Ground, Water, or Fighting type moves.

As a result, some of the strongest Pokemon you can use here are the likes of Groudon, Golem, Rhyperior, Machamp, Kyogre, and Swampert. Depending on the Pokemon, you’re going to want to have moves like Mud Shot or Mud-Slap across as many as you can for the Fast Move, and then mix in moves like Earthquake on as many as you can, as well as something like Hydro Pump for the Water type Kyogre. Perhaps one of your best bets would be Swampert since it is a Water/Ground type and can go hard with Mud Shot and Earthquake as the best moveset.

In general, Ground and Fighting are going to be the main moves you want to use, with Water being the third runner up against Heatran. You’re likely going to need a group of people to get Heatran, though it is technically possible with two that are really high level and have the correct matchups. If you are trying to get Heatran, you’re going to have a awhile, as it runs through February 4.