Pokémon GO – Is the Galarian Mr. Mime Event Ticket Worth it?

Should you buy the Galarian Mr. Mime event ticket? 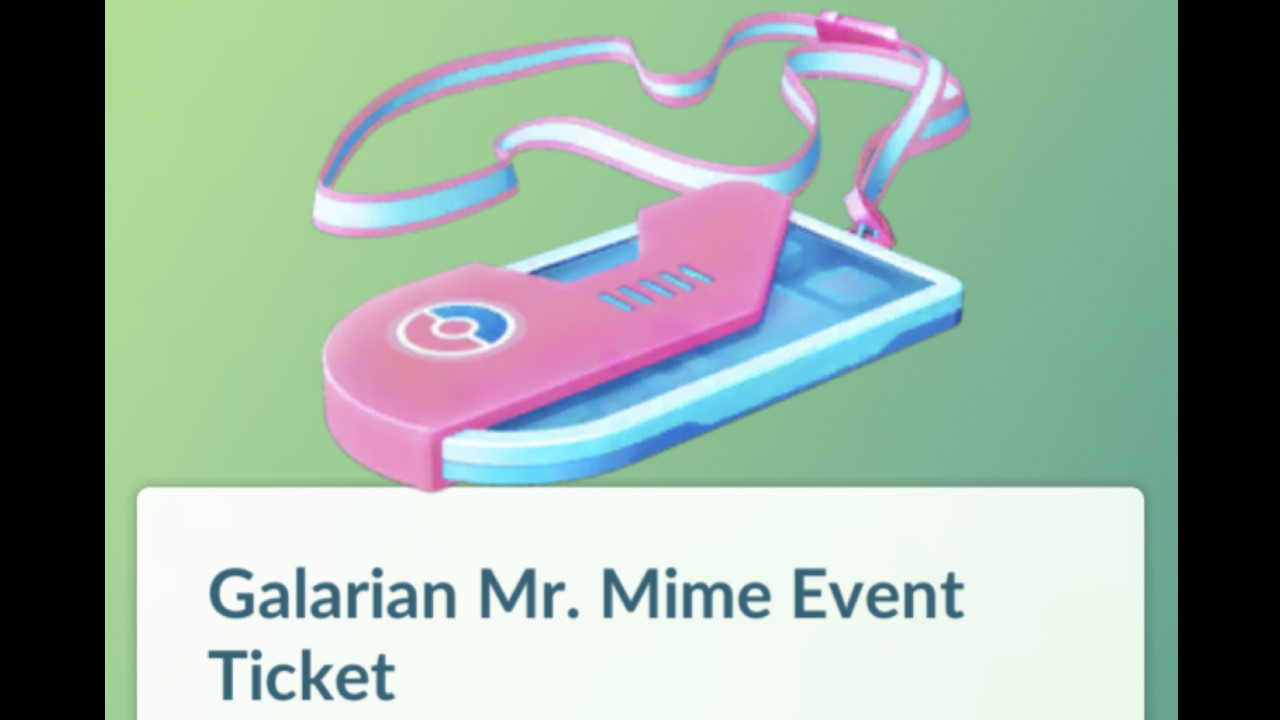 While players may be getting a little tired of all of the Pokémon GO events as of late, that isn’t stopping Niantic from launching new ones. The latest focuses on Galarian Mr. Mine who first made an appearance in Sword and Shield on the Switch. He’s now making his way to Pokémon GO but only as part of a paid ticketed event. And with a heftier price tag than normal you are likely asking yourself, is the Galarian Mr. Mine event ticket worth it?

Is the Galarian Mr. Mime Event Ticket Worth it?

UPDATE: The full tasks and rewards can be found here. The list below is accurate with a few additions.

Original Story: With most of Pokémon GO’s tickets they end up being totally worth the value. Of course, that’s easy to accomplish when you’re only charging $1. However, the Galarian Mr. Mine event ticket comes in at $7.99 or your local equivalent. This makes it one of the pricier tickets in Pokémon GO, outside of big events like GO Fest. So, is it worth buying at that high of a price?

Well, that does very much depend on your circumstances and how much you plan to play during the event but the short answer is a soft no. With such a high ticket price and the biggest reward for that being Galarian Mr. Mime, which should be available for free some time later on, it’s tough to justify buying the Galarian Mr. Mime event ticket unless you’re a hardcore and competitive player.

But, it is also the case that for that $8 you get more than $8 worth of items in Pokémon GO. The rewards for the ticket seem to already be known and are listed below (watch for updates in case this info was incorrect or changes)…

Battle Passes, Incense, Super Incubators and Glacial Lures are all great and if you add them together you would pay more by buying them outside of the event. But would you buy them separately if it weren’t for the event? If the answer is yes then grab the ticket without hesitation. But I’m guessing the answer is no for most players, which also means the event ticket is likely not worth it to you for the rewards.

However, the event is a celebration of Galarian Mr. Mime making his way to Pokémon GO for the first time. And that may be worth it to you as well. If you simply have to be the first person with a complete Pokédex or have severe FOMO issues then of course you’ll want to grab the ticket. For the rest of you out there, if you can be patient, don’t need the rewards, or won’t be playing a ton during the event, which takes place Saturday, December 19th from 10am to 8pm, then you can easily skip this one.

So that’s our assessment on the question of is the Galarian Mr. Mine event ticket worth it in Pokémon GO. It depends on the player, but this is an easier “no” than almost any other ticketed event in the past.