Pokemon GO Tour Johto Should You Pick Gold or Silver

Plus some extra details regarding the ticket vs. ticketless Tour Johto experience. 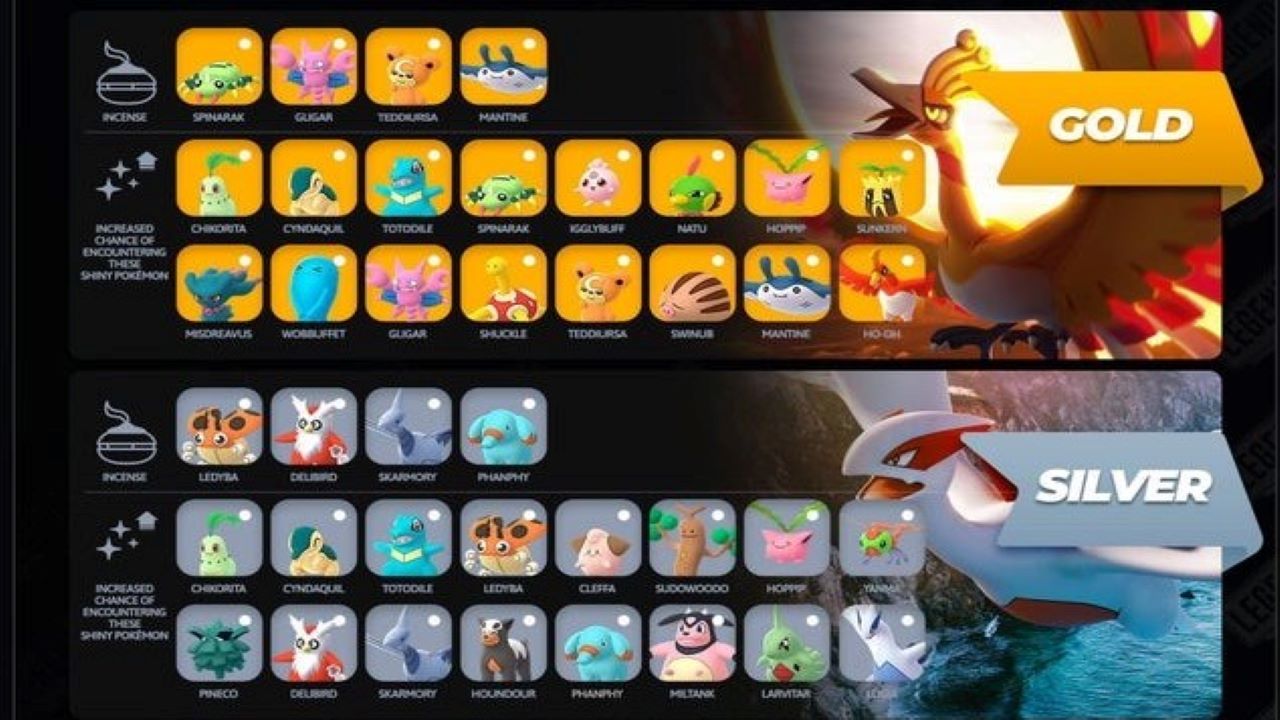 Trainers will have the opportunity to choose either Gold or Silver in the upcoming Pokemon Go Tour: Johto event. Just like their original games, the Gold and Silver options will feature version-exclusive Pokemon. But, fear not, all Johto Pokemon will appear in both versions of the game. That means you’ll definitely want to know which version you want ahead of time. The one-day event is on Saturday, February 26, 2022, from 9:00 a.m. to 9:00 p.m. local time, so you have time to make your decision.

The key difference between versions is the increased likelihood of Pokemon you will be able to catch. In Pokemon Go Tour: Johto Gold, the following Pokemon will have an increased drop rate either through Incense or in the wild:

On the flip side, Pokemon Go Tour: Johto Silver will feature its own specific Pokemon with higher catch chances. All day during the event, these Pokemon will be available to catch either from Incense or in the wild. Here are the Pokemon that will show up more in Silver:

All Pokemon in both Gold and Silver versions of Pokemon Go Tour: Johto will be available in their Shiny forms. Some of the Pokemon included in the aforementioned list will be shiny in Pokemon Go for the first time ever. Though it is a difficult choice, you can’t go wrong knowing that either way, you’ll have the opportunity to catch all Johto Pokemon and some Shiny Pokemon.

Pokemon Go Tour: Johto Ticket Experience: The Pokemon Go Tour: Johto ticketed experience costs US$11.99 and can be purchased in the Pokemon Go app. Trainers can only choose between the Gold or Silver version if they buy a ticket. Once a version is chosen, you can’t repick–so choose wisely. Free Remote Raid Passes, Special Research, extra Candy, and so much more await ticket holders in the Tour: Johto event. As the date gets closer, check back in for more information.

Pokemon Go Tour: Johto Non-Ticket Experience: Non-ticket holders can enjoy some of the Tour: Johto celebrations. Some of the original Pokemon from the Johto region will be available in the wild and in raids. There will be a chance to catch Pichu, Cleffa, Igglybuff, and Togepi via 2km Eggs from PokeStops. There will also be Timed Research associated with Trainer Battles.

And that is everything you need to know about whether to pick Gold or Silver in the upcoming Pokemon Go Tour: Johto event. As the event gets closer, we will update you on the specifics. Check out our guides for more.