Pokemon Legends Arceus: How to Evolve Sneasel into Sneasler

Weavile now has a daytime counterpart. 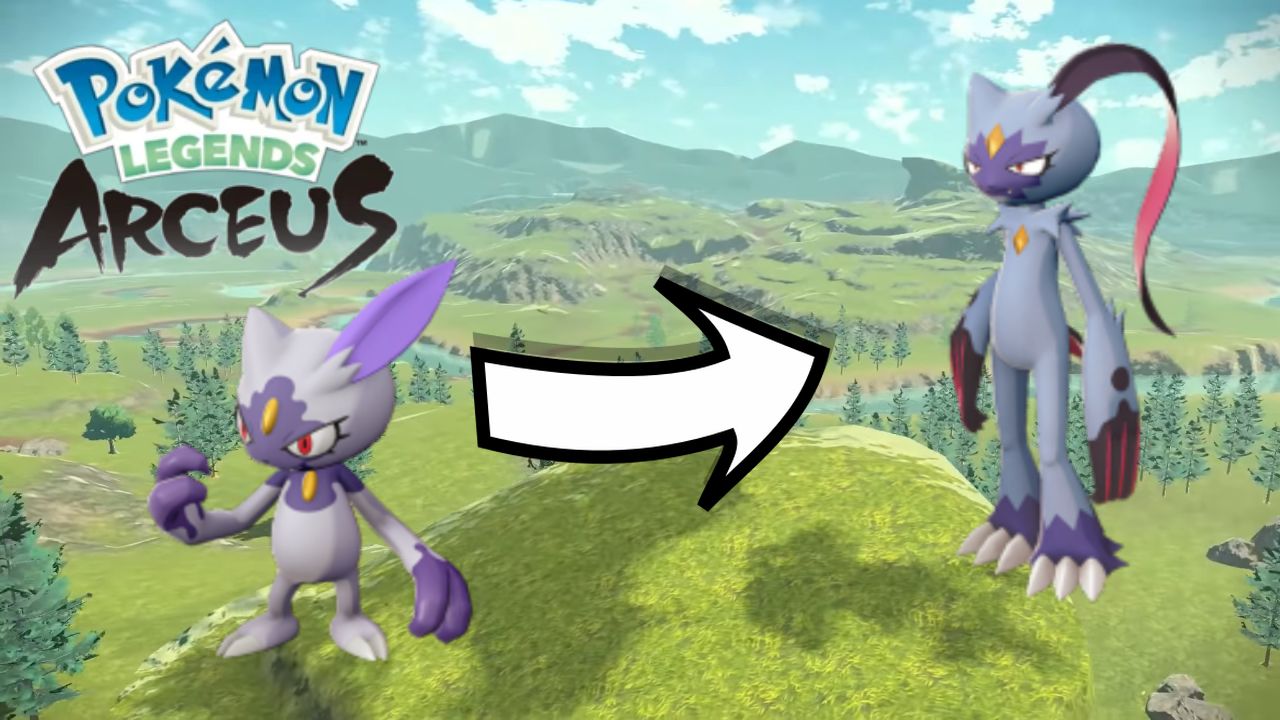 Sneasel is another Pokemon of older generations that has also gotten a new form and a new evolution. This sharp claw Pokemon is typical a Dark and Ice-type that excels in offense and speed, and its new Hisuian variant is quite the same with one huge difference. Hisuian Sneasel is a Fighting and Poison-type like Croagunk and Toxicroak. Its evolution— Sneasler— is one that you might want to get as opposed to Weavile. Here is how you can get Sneasler in Pokemon Legends: Arceus.

How to evolve Sneasel into Sneasler in Pokemon Legends Arceus

Sneasel can evolve into Sneasler when it holds a Razor Claw and levels up during the day in Pokemon Legends Arceus. This works similarly when trying to get Weavile. The only thing is that you’ll obviously need a Hisuian Sneasel and the critical-boosting item.

Hisuian Sneasel can be found in the following areas:

You can actually find a normal Sneasel in the game too. That can be found in the Obsidian Fieldlands with the Space-time distortion.

Next, to get the Razor Claw, you can obtain it from two reliable sources. The normal Sneasels encountered at the Space-time distortions have a chance of holding a Razor Claw. The other location is obtaining it with Merit Points from the Trading Post in Jubilife Village.

Sneasler has an extremely high Attack and Speed stat, making it an excellent wallbreaker and glass cannon. Ideally, you want to have it with an Adamant or Jolly nature to further increase its Attack or Speed.

A wallbreaker in layman’s terms is a category of Pokemon that have such high offensive powers (Atk or Sp. Atk) that they can essentially tear through even the sturdiest of defenses. Even though Weavile has similar capabilities, Sneasler can make use of its new types to break through the toughest foes out there in the Hisui region.

While you’re at it, you should check out how to get Great Balls and Ultra Balls so you can catch this Pokemon with a higher success rate.

Attack of the Fanboy / GAME GUIDES / Pokemon Legends Arceus: How to Evolve Sneasel into Sneasler