Pokemon Sword and Shield – How to Evolve Snom into Frosmoth

This adorable worm has a powerful evolution. 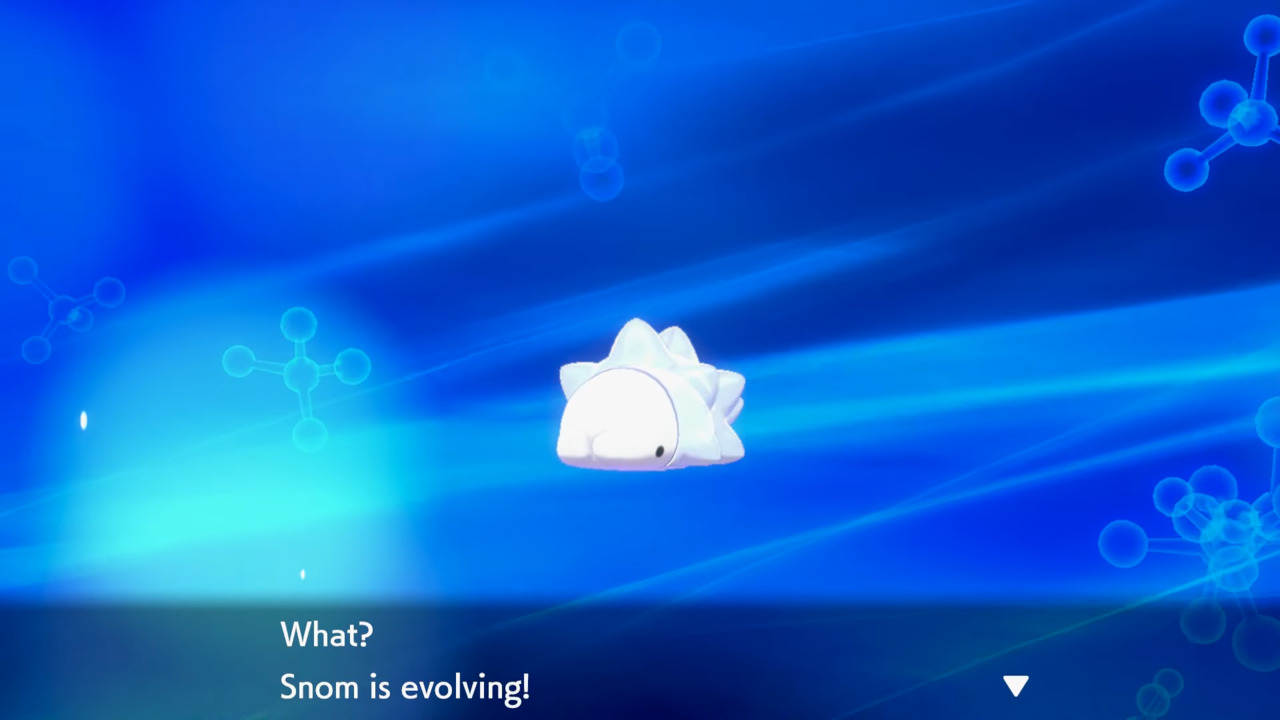 The adorable but ultimately pretty weak Pokemon Snom is a wonderful addition to anyone’s team at first glance, but once you realize its potential in battle isn’t too high, you’re going to want to evolve it. Snom’s evolution, Frosmoth, is an awesome Pokemon that learns powerful moves like Blizzard very early on.

How to Evolve Snom into Frosmoth

In order to evolve Snom, you’ll need to have caught one in the first place. Thankfully, Snom isn’t too hard to run into. You can find one along Route 8 and Route 10. On Route 8, the Pokemon will show up in the overworld, making it pretty easy to spot if you know what you’re looking for. On Route 10, it tends to only spawn in random “!” encounters in the tall grass. Route 8 is definitely your best bet if you still don’t have your own Snom.

Snom’s evolution isn’t as straightforward as other Pokemon. The level of the Pokemon does not matter. All that matters when evolving a Snom is friendship, as it will only evolve into Frosmoth once you raise its friendship level high enough. To raise friendship without doing too much extra work, just set Snom as your first Pokemon to be sent out during a battle. Don’t actually let it battle, though, because if it faints, its friendship will be lowered. Instead, just swap it out with another, more disposable Pokemon as if you were trying to level up a Magikarp in an earlier generation of Pokemon.

If you’re willing to put in some quality time with Snom, then set up your Pokemon Camp and start playing with it. It’s pretty slow so the process might get a bit boring. To spice things up, try cooking some curry. If you’ve got a soothe bell, let the Pokemon hold it while you’re out and about. Once you’ve bonded enough with Snom, all you have to do is level it up at nighttime and it will evolve into Frosmoth. It has to happen at nighttime otherwise it won’t evolve. 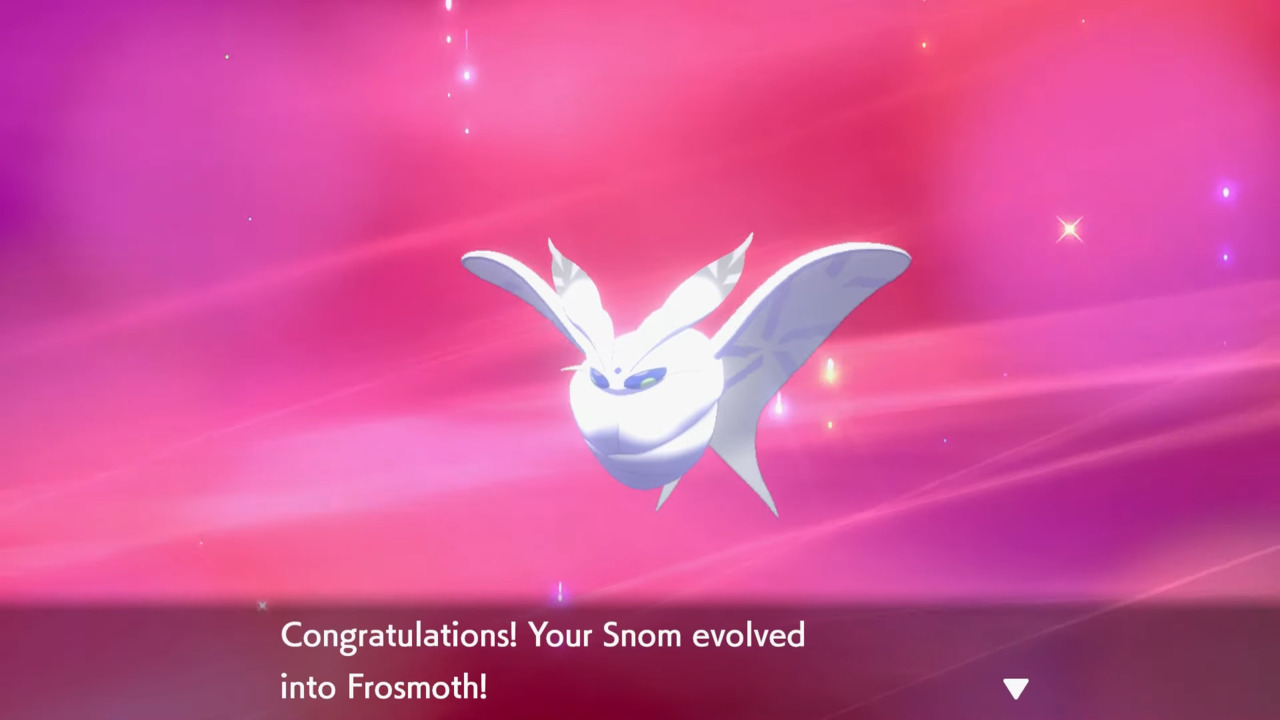