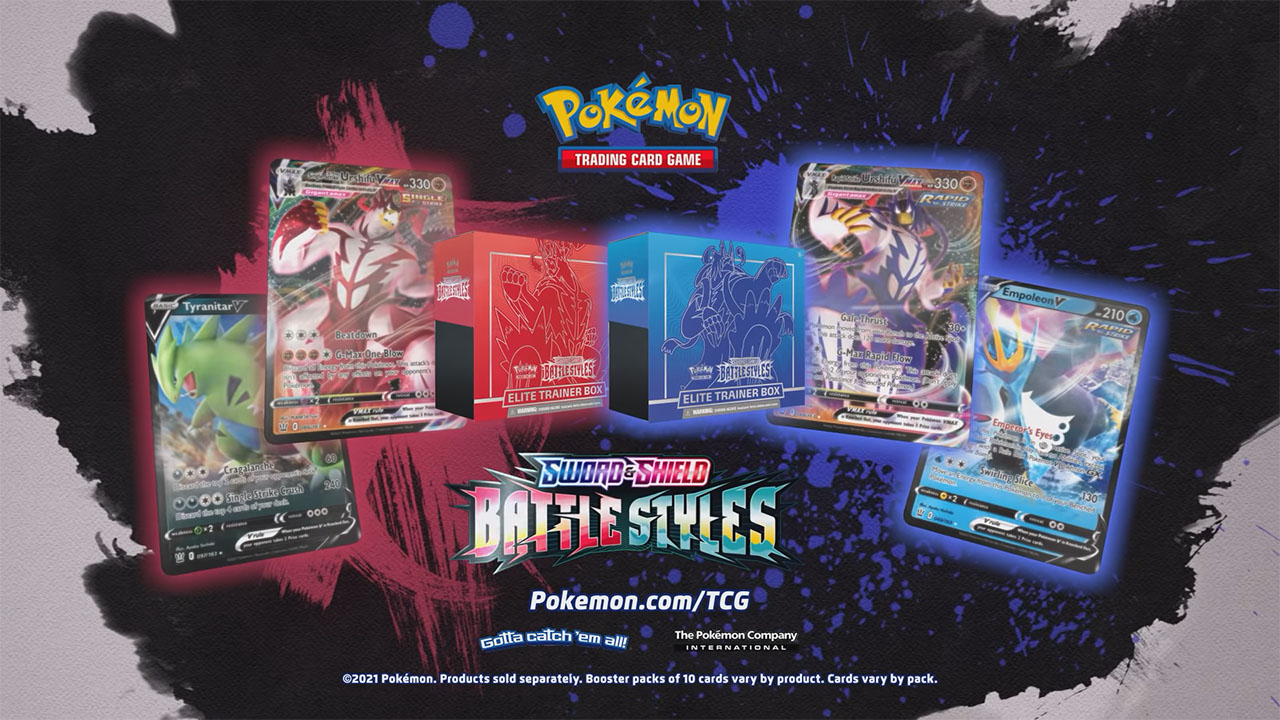 The Pokémon TCG almost seems bigger than ever, whether it’s the insane prices for classic cards or the near impossible task of finding new sets in stores. The release of the Shining Fates set last month was absolutely insane with how fast they were getting scalped due to the special VMAX cards found in it. Now the latest set has also arrived with Pokémon TCG Sword and Shield Battle Styles and there is no sign of slowing down with the sales of this set as well. Since the launch of the set last Friday, it has been very difficult to find the Battle Styles expansion, so we have come up with a guide of where you can potentially look to find the Pokémon TCG Battle Styles expansion.

Where To Find The Pokémon TCG Battle Styles Expansion

The only a month long gap between expansions is one of the shortest that we’ve ever seen with the Pokémon TCG, coming exactly one month after Shining Fates. People have still be scouring stores to find Shining Fates packs, so that has made finding Battle Styles even harder. While some people may specifically want Shining Fates and that will lead to people passing on the Battle Styles sets, it also means some people are just settling for the new packs.

First of all, if you are willing to pay above retail value, you can find plenty of Battle Styles out there. The secondary market is full of people trying to make a profit with them, including even third party sellers on Amazon. As of the time of this writing, you can buy a booster box of the set on Amazon for $172, which is above the typical price that seems to be around $140-$150. If you search on Google, there do appear to be some card shops online selling pre-orders for the next batch of booster boxes around $150, but I would be careful who I am buying from if it’s not from a reputable site.

Going offline, one of the best methods for finding the Battle Styles expansion is going to be local card shops. This is especially the case if you are a regular at the card shop and may be able to find out when they may be expecting them in. For instance, I know my local card shop has been posting what they have gotten in on Facebook and allowed people to call and request a box to be held, while also limiting it to one per person for scalping purposes. They have also started a new policy where those who play the game and are in the tournament in shop on the weekend get first dibs at the boxes, so that might be something to look out for. This is all really dependent on how good of a card shop you have locally and hopefully they will at least be doing something to avoid one person buying out their stock.

Beyond your local card shops, there are a number of retailers that stock Pokémon cards that you can look at for boosters and maybe even the Elite Trainer Boxes. These retailers include, GameStop, Target, Walmart, Best Buy, Barnes & Noble, as well as Amazon and the online Pokémon Center. For the in-person retailers, you can keep checking in stores, but those are likely to be the ones that get grabbed almost immediately. It is still worth checking though, because you never know when they may get a shipment in and you may be able to grab and Elite Trainer Box or some boosters.

The Pokémon TCG Battle Styles Expansion is available now and you can also still perhaps get lucky and find the ever popular Shining Fates expansion as well.