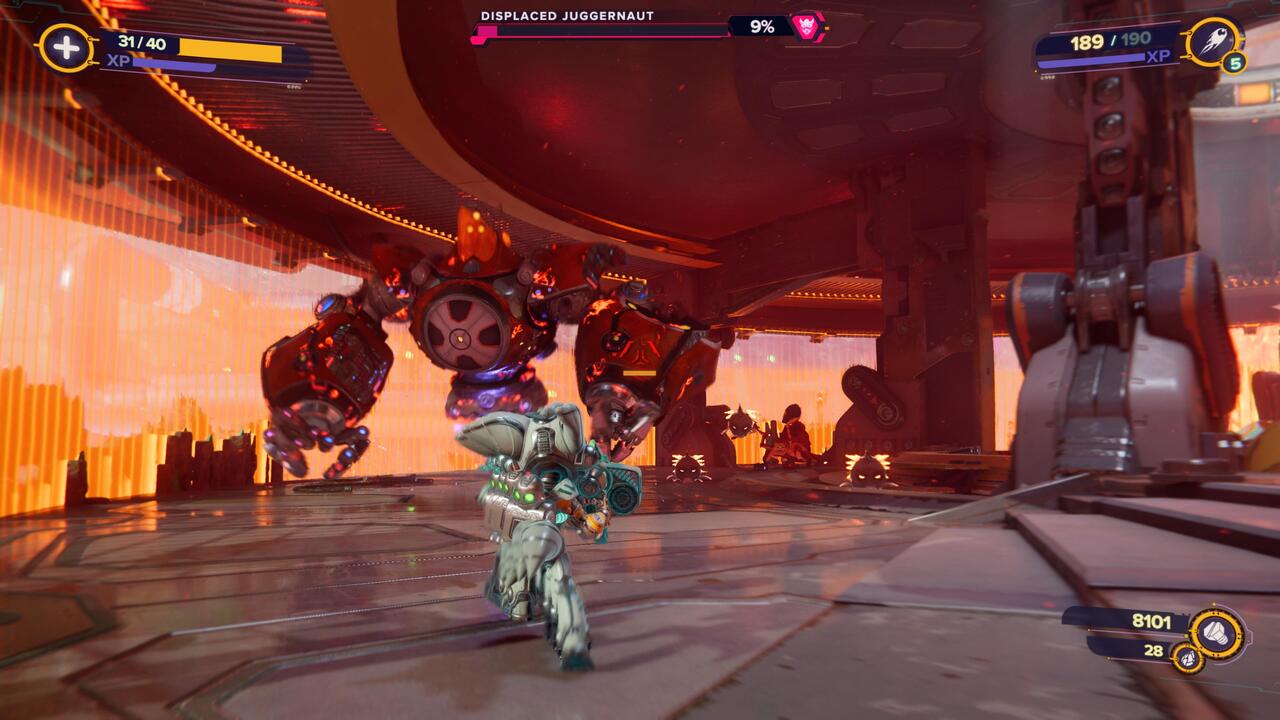 As your journey on Blizar Prime comes to a close in Ratchet and Clank: Rift Apart, the Displaced Juggernaut will be one of the final challenges you face on Rivet’s quest to obtain Phase Quartz to repair the Dimensionator. This boss battle occurs after you find the Chief Engineer’s missing bots, and you’ll be locked in a small arena with the giant foe after returning to the Engineer. The Displaced Juggernaut is not a difficult boss on its own, but the close quarters arena makes this fight much more challenging than it would be otherwise. Here’s how to beat the Displaced Juggernaut in Ratchet and Clank: Rift Apart.

How to Beat the Displaced Juggernaut in Ratchet and Clank: Rift Apart

The main challenge of this fight is dodging the Displaced Juggernaut’s attacks in the tight spaces of the arena. It’s a circular room with a few pillars to use as cover, but there’s not a whole lot you can use to protect yourself. Your main priority should be to stay on the move. Not only will the Displaced Juggernaut constantly move toward you, but there will also be additional enemies that will chase you down with melee attacks. If you stay in one spot, you’ll die pretty quickly. 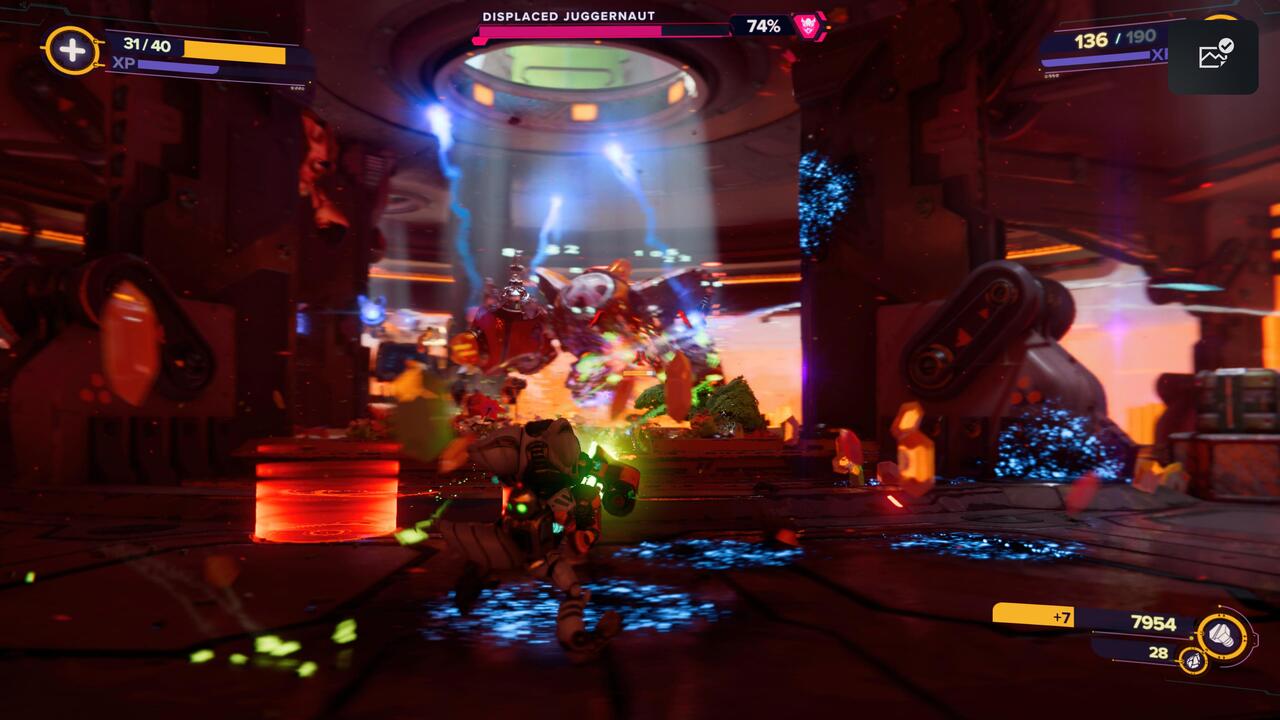 The Displaced Juggernaut’s moveset is simple, but all of its attacks are aggressive and will bring it closer to you. It will constantly jump around the arena, just like the Francois boss from earlier in the game. When you’re in melee range, it will also slam and create a blue shockwave within a short distance. Stay on the move and keep your distance to avoid these attacks.

You’ll also be hunted down by additional enemies that will spawn throughout the fight. These aren’t as much of a threat, but they can overwhelm you if you’re not careful. Use a Shatterblast to clear the crowd or use Mr. Fungi to give yourself some breathing room. The Displaced Juggernaut will also send missiles toward you quite often, but these have a clear impact zone that’s telegraphed in advance. Again, just stay on the move and these shouldn’t hit you.

If you’re struggling to take the Displaced Juggernaut down, use the Topiary Sprinkler to keep the boss in place for a short moment, giving you time to focus on the other enemies in the arena. Since this fight takes place in an enclosed arena, you can also use The Enforcer for some easy damage. If you bought the Drillhound from Ms. Zurkon’s shop before this fight, that’s a great way to score some easy damage on the boss as well. At its core, this boss fight is just about staying on the move and taking shots at the Displaced Juggernaut whenever you have the opportunity. If you let him get close to you, then you’ll lose the fight. Keep sprinting, jumping, and dodging and you’ll win in no time.