Red Dead Redemption 2: How to Start A Feud in Red Dead Online 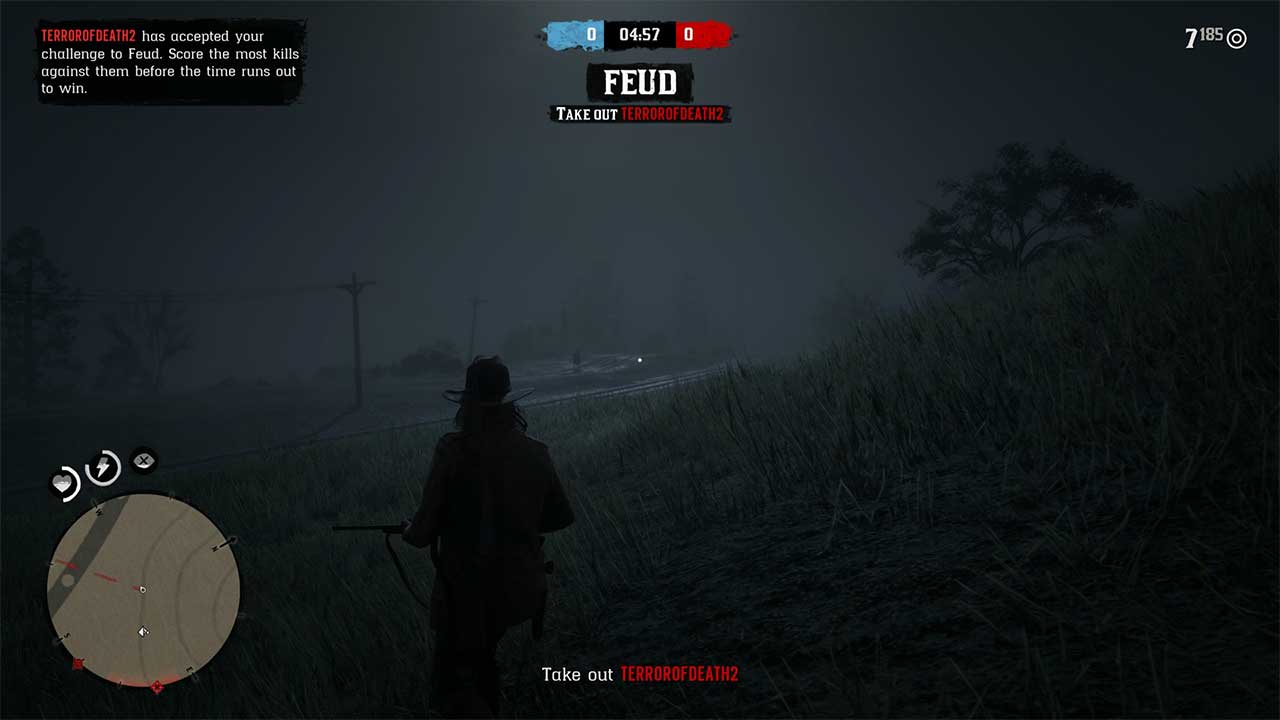 Feuds are one way to settle your differences in Red Dead Online.  When you’re fighting the same person in the Open World Free Roam mode you will certainly come across a player that just can’t get enough.  Whether that’s in that he can’t get enough killing you, or you killing him.  They keep coming back for more, so Rockstar implemented the Feud system to go along with the Parley system that pops up when two players keep killing each other.

Both players must agree to a Feud in RDR2 Online

We covered the parley system in Red Dead Online, in which one player can make the decision to just put things on a ten minute cooldown without the other player needing to agree.  The flip side of this coin is the Feud option.  In which, if one player has killed another three times in a row, the players have an option to make it a feud.

Both players have to agree to get this to happen, but if they do, the two players will get to go one on one for three minutes while the game counts down the time and keeps score.  The feud takes place where the fighting is ongoing and it basically turns Red Dead Online into a miniature one versus one deathmatch for 5 minutes.

The winner of the feud gets nothing more than a little satisfaction of scoring more kills, and it very well might not be the end of the rivalry if that player is a sore loser.  The good news is, the parley and feud system continues to track players and their actions towards one another after the feud ends so you can do it again if you want.