Ace these challenges to earn some goodies. 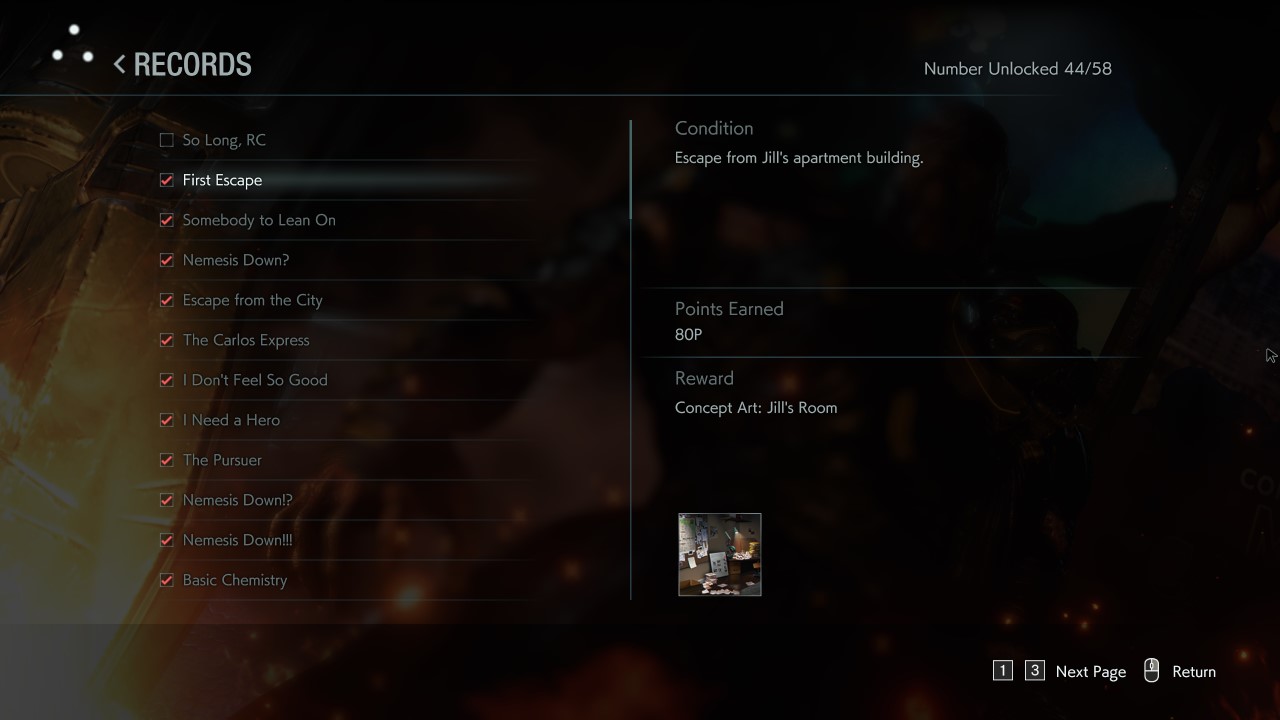 There are over thirty-two traditional achievements in Resident Evil 3, but Records press well beyond that. Records are in-game challenges (including the achievements), and there are fifty-eight total for players to complete. So, what are Records, and what do they reward?

Records are a set of challenges that will dole out Shop currency when completed. Concept art, character and enemy models, and additional difficulty modes can be unlocked by completing Records as well, and you can see a full list of them once you have finished the campaign once on any difficulty.

I’ve compiled a full list of all the Records below, and I’ve left out the rewards for brevity’s sake and to keep some things a surprise. There will still be some minor spoilers in the list, so if you wanna go in blind I’d advise beating the story at least once.