Runebear Boss Guide: How to Beat Runebear in Elden Ring

Bringing the literal meaning of poking the bear. 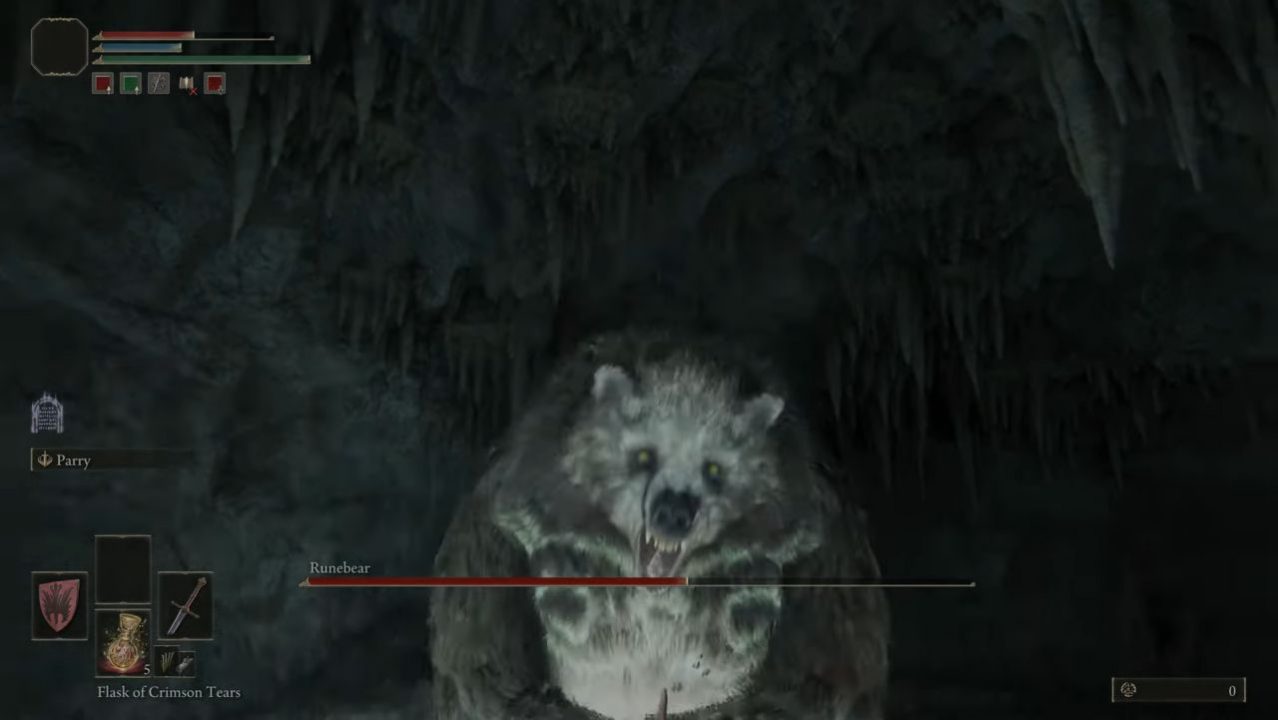 There are so many bosses in Elden Ring that it could be overwhelming to some. So many caves, dungeons, catacombs, and so forth. A formidable boss lies within each, making each one a commitment to see through. You have the introductory boss like the Watchdog or roaming bosses like dragons. Some bosses are more on the fauna side, which can be a pain for some to kill. Here, we’ll help you defeat the Runebear in Elden Ring.

How to beat the Runebear in Elden Ring

The Runebear is an enlarged and enraged version of the bears you’d encounter in the forest areas in the Lands Between. In this case, its underbelly is your best bet in dealing sizeable damage. This isn’t the tankiest enemy, so this wild beast makes up for it in its agility and heavy damage output. It is highly advised that you do not try to run away from it.

Stamina upkeep is crucial in this battle. It’s almost of no use to go in for an opportune moment when he whiffs an attack. The Runebear can cover ground very easily. Instead, maintain a good distance between you two which he’ll mostly respect.

Since the Runebear is very aggressive, you should not block against him. He can inflict Blood Loss, which can still affect you even if you block with items that have full resistance against physical damage. He can also break your guard with his attacks, so get used to minimally using it. Instead, focus more on dodge rolling.

Any time the bear raises an arm, he’s about to attack. Dodge Roll in the direction opposite to where he’s swinging. If he raises his right arm, he’s going to swipe left. In this instance, you should dodge roll right. The invincibility frames of your dodge will put you in an advantageous position to go in for a few strikes.

When he stands on his back feet and goes for a slam, get ready to dodge left or right. You can block the attack, but you’re missing out on dealing additional damage to this boss. The attacks of this bear are almost trivialized from how well dodge rolling can be.

At this point in your journey, you have made your way south of Limgrave and past the Bridge of Sacrifice. What awaits you are entry to mid-level enemies and bosses that can be worth your while, including defeating the roaming Night’s Cavalry.

Attack of the Fanboy / GAME GUIDES / Runebear Boss Guide: How to Beat Runebear in Elden Ring