Rust: How to Get Stone

Stone is a common resource used in many crafting recipes. Stone is used in many different crafting recipes in Rust, and you’ll need quite a bit of it if you want to stay stocked up on basic tools. The first step of any Rust wipe should be to stock up on the essentials, and getting enough stone to ensure your base can be protected is crucial if you want to avoid raiders and build important things. Getting stone can be difficult though, especially on a populated server. Also, if you’re new to the game, not every rock can be mined for stone. Here’s how to get stone in Rust.

How to Get Stone in Rust

Stone can be obtained from stone nodes that appear all over the map. These nodes look like big gray boulders and have jagged lines on them. Once you find one of these nodes, use your rock or a pickaxe to hit it. The better the tool you use, the more stone a single node will reward. If you target the shining spots, you can harvest the stone much faster. 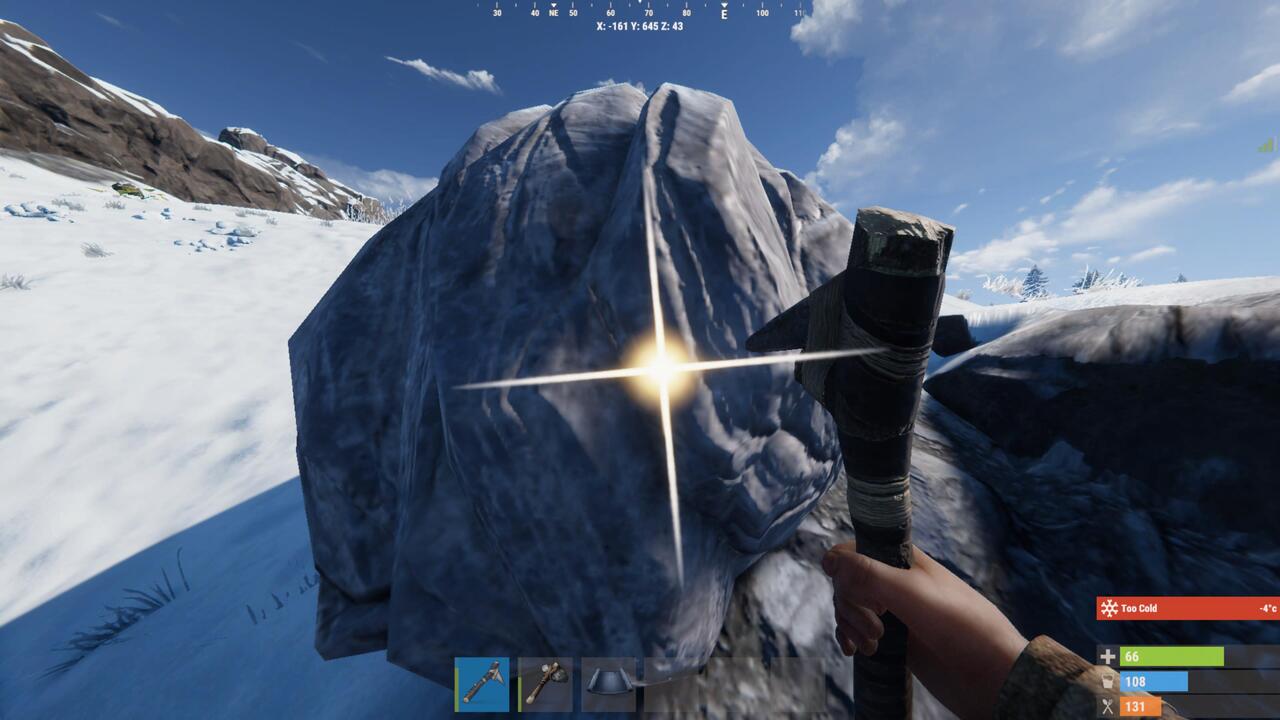 There are also smaller stone nodes that can be harvested simply by picking them up. These, like stumps for wood or hemp plants for cloth, are small and low to the ground. When you approach one, it will be highlighted and you’ll see a button prompt to pick it up. These only give you a small handful of stone, so you shouldn’t rely on these. If you’re having trouble finding any stone nodes, try moving away from other players’ bases. Stone nodes take a while to respawn once they’re mined, and other players may have already cleared an area out before you got there. Most players tend to avoid snowy areas, though, so you can brave the cold for some easy mining if you have warm enough clothes.

You’ll have to use your starting rock to harvest your first bit of stone, but you should craft a stone pickaxe as soon as you can. Using a stone pickaxe will greatly increase the amount of stone you can mine from a single node, and using more advanced tools like a metal pickaxe or a jackhammer will get you incredibly large amounts of stone from just one node. If your group has enough resources, you can even construct a mining quarry to automatically harvest stone, but that’s a really advanced technology that most players won’t be able to get in their first few wipes. Stone is a super important resource used for basic tools, wall upgrades, and other items, so be sure to mine any stone nodes you come across.

Home / Game Guides / Rust: How to Get Stone