Scott Pilgrim vs. the World: The Game – Where Is Wallace’s Mystery Shop? 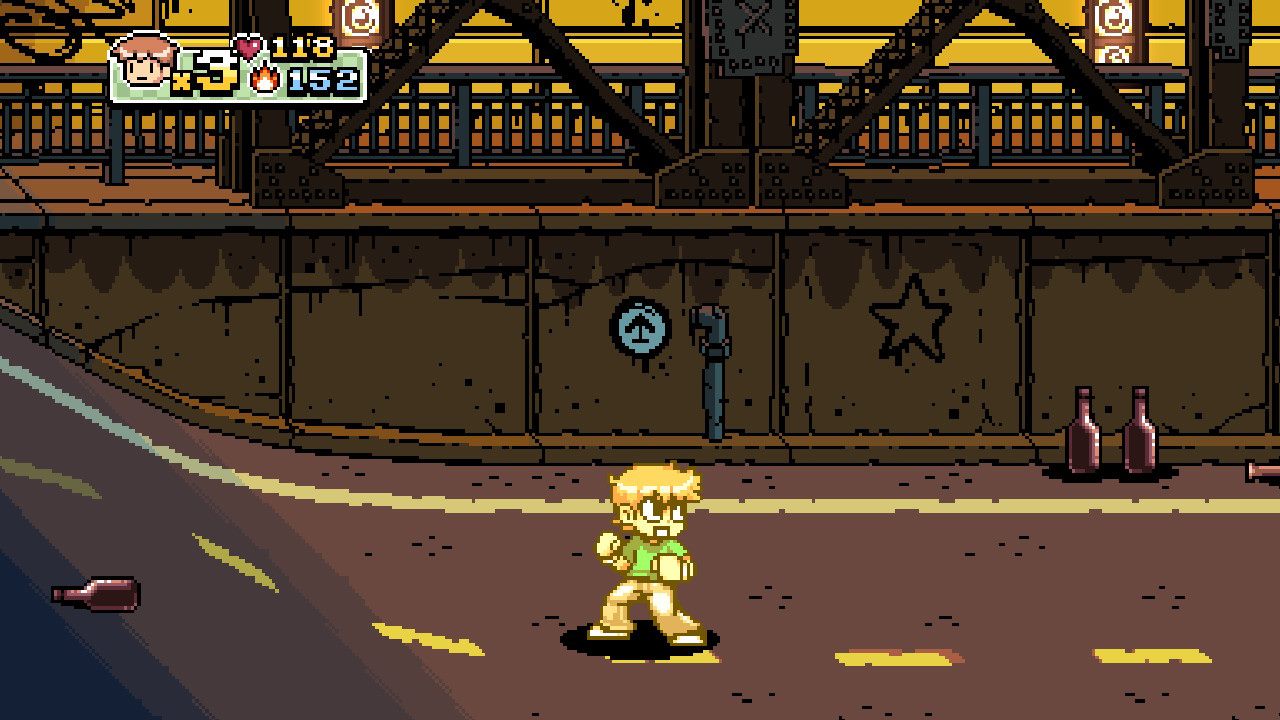 Scott Pilgrim vs. the World: The Game takes a lot of inspiration from other beat ’em ups like River City Ransom in many ways, though the biggest is probably the stat-based system found in the game. Not only can you level up your character to learn new moves, but there are shops found throughout the game with items that can help to boost your character stats. Most of these are found out in the open to where you can’t really miss them, but there are few that are more hidden. The most tricky of these comes early in the game with a shop run by Scott’s best friend Wallace.

Where Is Wallace’s Mystery Shop?

The second section in Scott Pilgrim vs. The World: The Game is known as the Shopping District, which you will make your way through while playing through the first stage. Whether you are going through this stage for the first time or going back specifically to go shopping, there are a bunch of shops to choose from with a bevy of different items that you can read about in further detail in our shop guide.

While those shops are out in the open and just require you to go into a building, Wallace’s Mystery Shop is not so obvious in its location. Instead, you have to know exactly where to look to unlock access to it.

To get into Wallace’s Mystery Shop, go to the Shopping District and make your way past all of the shops. Eventually you’ll be stopped for a bus to go by, so wait on that sequence to occur and you will get a Go notification that allows you to move forward. Directly after this, the street will dip down as you go under an overpass, which is exactly where we need to be.

Look on the back wall here and you’ll notice a star icon as seen in the image at the top of this article, which you need to go up to and stand beneath. By doing this and pressing up like you are entering a shop, a strange blue door will open and you’ll find yourself in the shop. 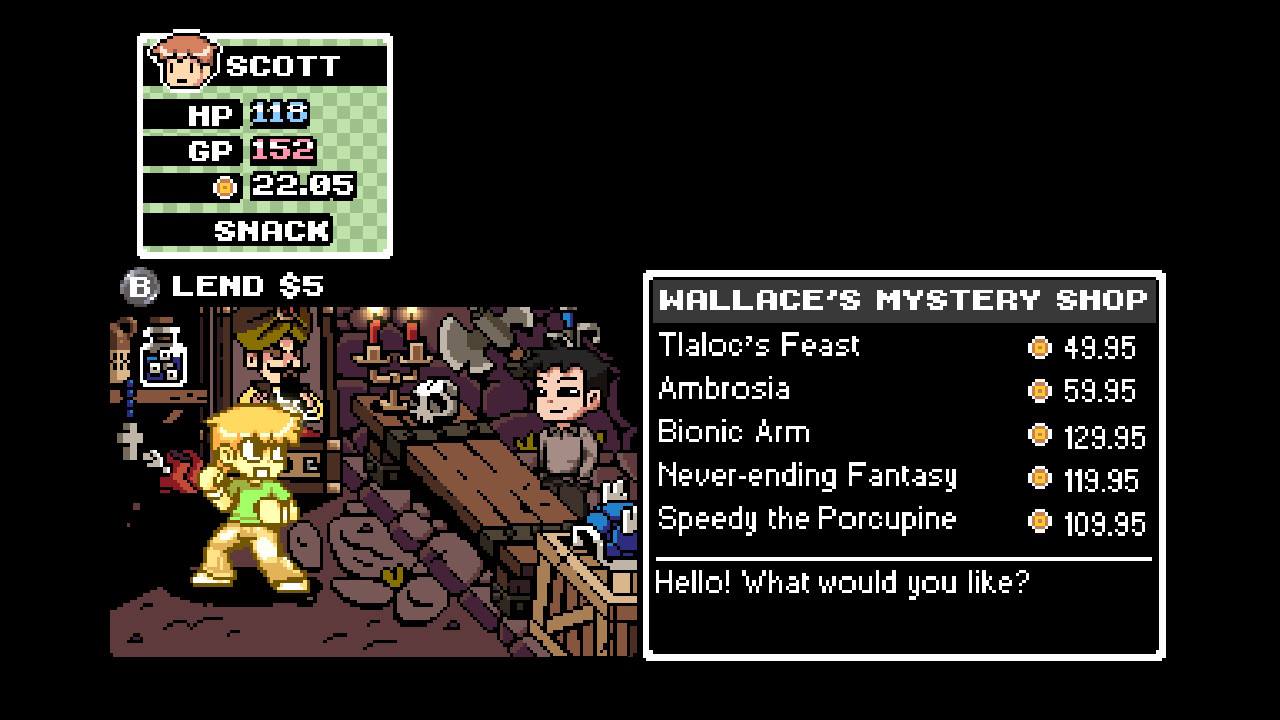 Wallace has a very expensive collection of items within his shop, which you can also read more about in the aforementioned shop guide for what exactly everything does. This is a shop you’ll have to make your way back to later in the game, as you will not have this kind of money early on for sure.

Home / Game Guides / Scott Pilgrim vs. the World: The Game – Where Is Wallace’s Mystery Shop?