Shadow of the Colossus PS4 Guide: How to Beat the 2nd Colossus 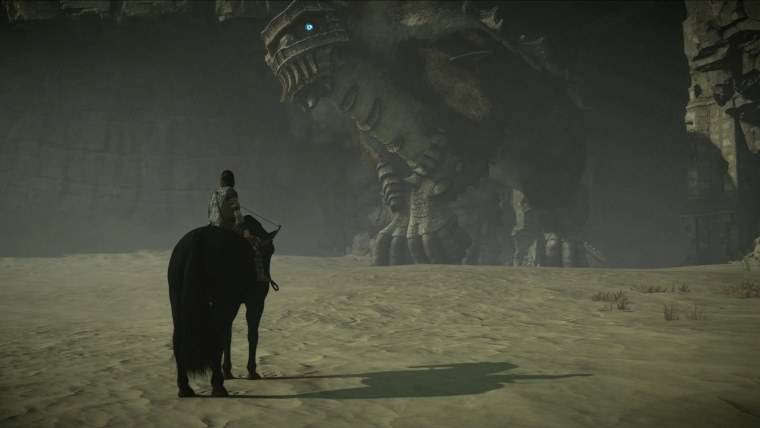 Shadow of the Colossus tasks you with hunting down and taking on sixteen giant colossi. Each has its own little trick to it, and figuring it out can be rather difficult. It’s almost like a mini puzzle, as you poke and prod to find the weak point that allows you to climb the beast and stab its vital spot. The 1st colossus is the simplest, and is pretty easy to figure out, but once you reach the 2nd it becomes a real challenge. To help we’ll be breaking down each colossi, so here’s our guide for how to beat the 2nd colossus in Shadow of the Colossus for PS4.

The trick is the same here, in case you played on PS2 or PS3, but for those who are playing Shadow of the Colossus for the first time on PS4, here’s how to do it.

First off, you’ll want to stay on Agro’s back until the right moment. Pull up in front of the colossi and get his attention by firing off some arrows. Eventually he’ll stand in front of you and prepare for an attack. Pull your bow out and be ready, he’s about to jump.

The colossi will lift his front two feet into the air, and beneath them you’ll see glowing weak points. Fire arrows at them, it only takes one hit but actually hitting your target can be tough. If you do connect, the colossi will fall onto his side. Otherwise you’ll need to run as fast as you can out of the way of the falling hooves.

If you struck true then you need to head toward the colossus’ arm where you’ll find a patch of fur you can climb. Head up it, stopping on the platform if you need to regain some stamina (click here to find out how to increase your stamina). Your ultimate aim is the head, but you need to get to the tail before you can get there. Work your way to the back of the colossus, where you’ll find the first glowing weak spot you need to stab. Hit it enough that it disappears, then start working your way toward the front, climbing along the back.

You can do this by jumping across the spine, or climbing along the side; whichever works best for you. Once you reach the beast’s head you should see the 2nd and final glowing weak point. Stab it and he’ll go down, and then it’s time to take on the 3rd colossus.

And that’s how to beat the 2nd colossus in Shadow of the Colossus for PS4. Check out the video below if you need a more visual guide.

Shadow of the Colossus Guide: How to Beat the 2nd Colossus

Home / Game Guides / Shadow of the Colossus PS4 Guide: How to Beat the 2nd Colossus