Shadow Warrior 3: How to Beat the Laser Shogun

Yet another crazy foe to fight off in your quest. 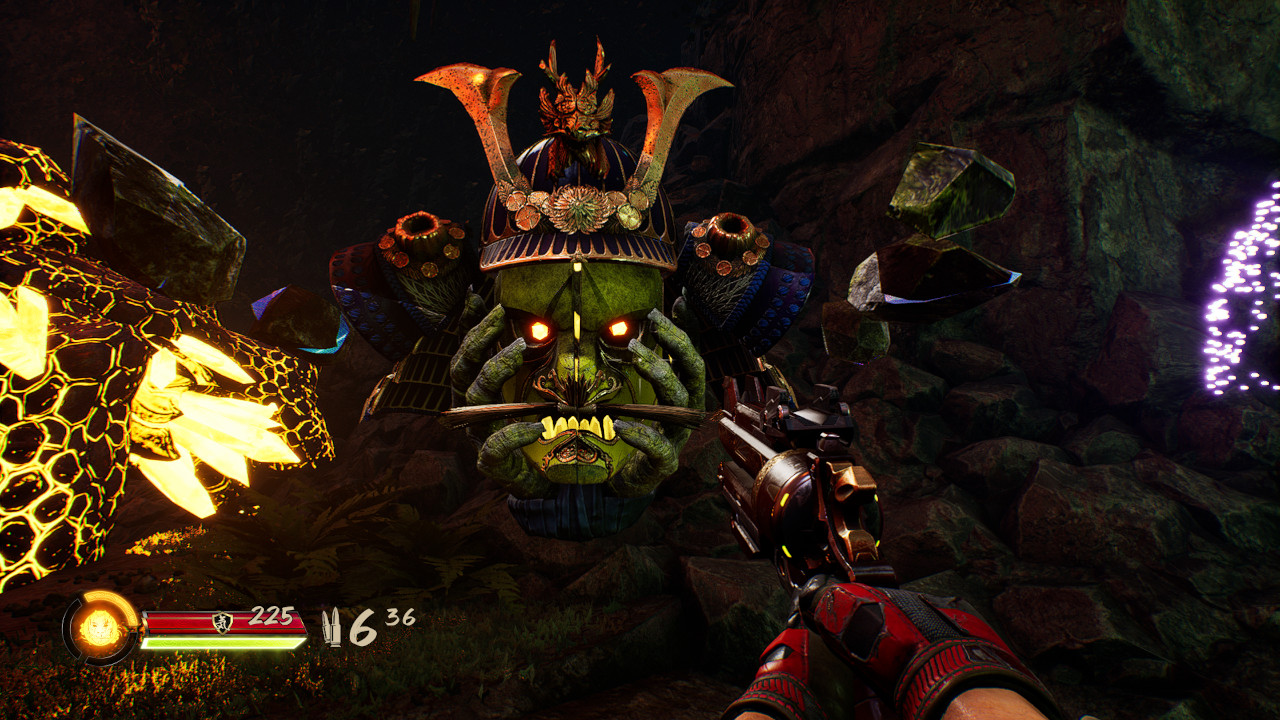 Shadow Warrior 3 is a new arena shooter from Flying Wild Hog and the enemies presented to you are a wild, colorful assortment of foes with varying gimmicks you must get past.  One particular enemy which can be tricky for some players is the Laser Shogun, a floating, armored head encased in a protective mask and kabuto, held together by demonic hands.  These enemies can shrug off your attacks if you don’t pick up on how their defensive mechanics work, and they can pack a punch when going on the counterattack.  Read on for our guide to How to Fight the Laser Shogun in Shadow Warrior 3!

Shadow Warrior 3: How to Fight the Laser Shogun

To start, your regular attacks won’t hurt it unless you shoot at its yellow crystalline core which it either exposes shortly when attacking you or for longer if you use a Chi Blast (R3 on PS/XB, ‘C’ on PC).  These enemies don’t take a lot of hits to kill, but you have to keep their weak points exposed and this can be difficult to manage when you’re surrounded by other Yokai.  The most effective weapons for this enemy are the Riot Gun and your sword. 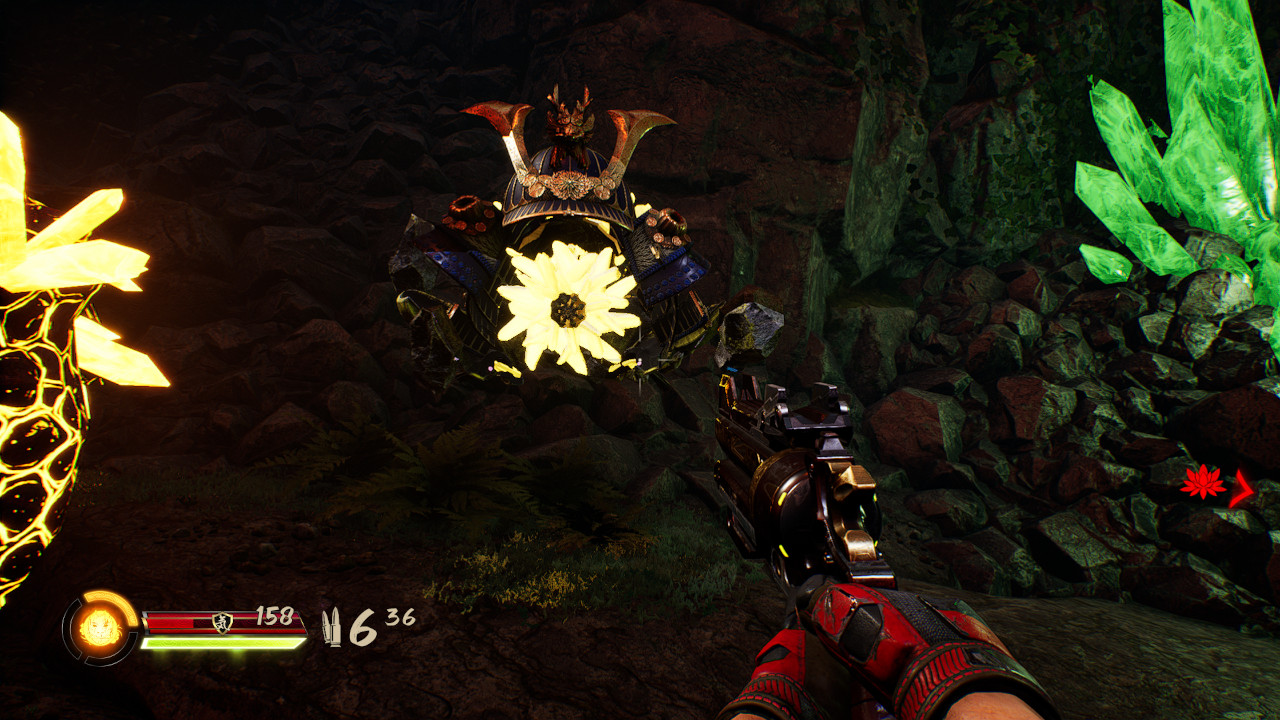 Additionally, you can kill this instantly by executing a Finisher, costing 2 points, yielding the Disco Grenade which staggers nearby enemies and damages them over time.  Finally, if you acquire other offensive Gore Weapons, they can be used against this foe as well!

This concludes our guide on How to Fight the Laser Shogun in Shadow Warrior 3!  The Laser Shogun, by its concept of a floating head, may evoke images of Doom’s Cacodemon, but it sets itself apart as much more of a defender with quite the counterpunch.  There are plenty of other enemies like this which you’ll encounter throughout the game, which releases March 1st on PC, PlayStation 4, and Xbox One!  Be sure to check out our other guides and enjoy!

Attack of the Fanboy / GAME GUIDES / Shadow Warrior 3: How to Beat the Laser Shogun