The latest news in the world of video games at Attack of the Fanboy
June 29th, 2021 by Brandon Adams 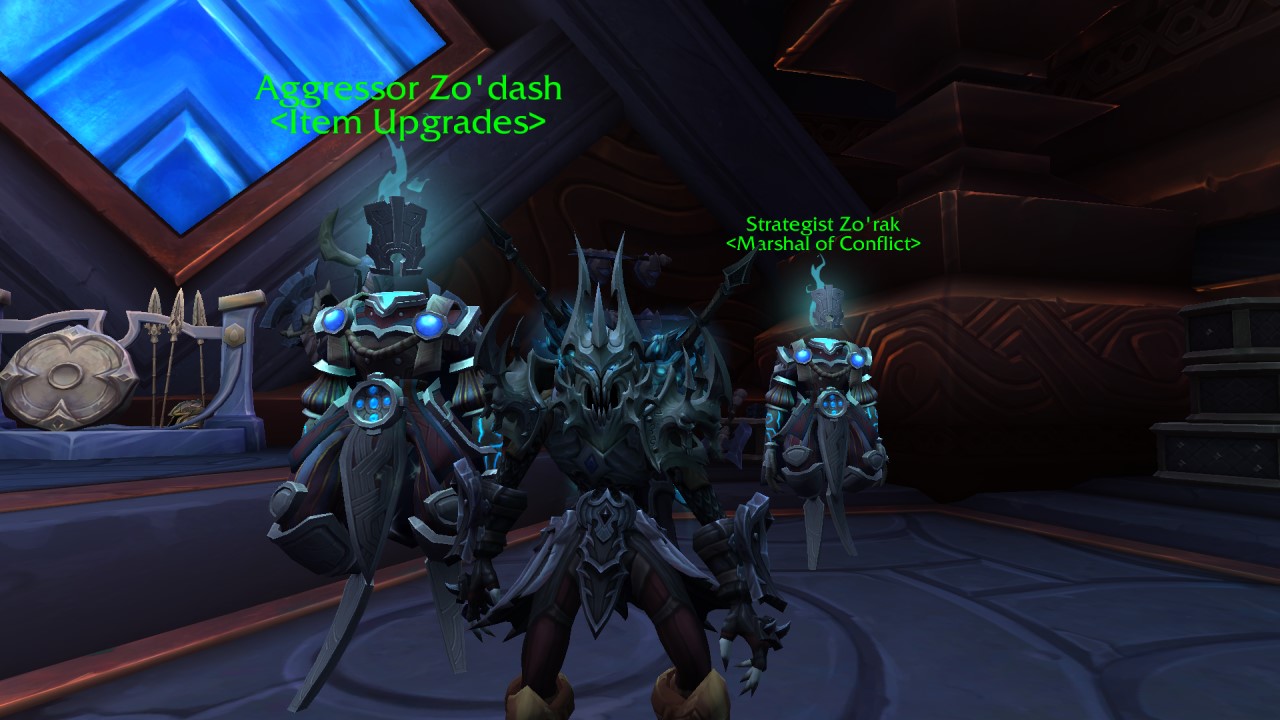 Valor is still used to upgrade Mythic+ gear in Shadowlands Patch 9.1, but the Keystone Master achievement won’t factor in as heavily as it did before. Instead, players will want to focus on improving their new Mythic+ Dungeon Rating, because Valor gear ranks 7 to 12 are tied to it. Thankfully, the Valor “quartermaster” has remained unchanged.

In Shadowlands Patch 9.1 Blizzard have added a new Mythic+ Dungeon Rating, which is essentially the popular Raider.IO mod. While players will still need to unlock the Shadowlands Keystone Master achievement to reach the highest Valor upgrade available, there are more additional thresholds players need to clear to continue upgrading their Valor gear beyond rank 6 in Season 2.

To start, allow me to say the Valor “quartermaster” remains unchanged. I see this question a lot, so for those of you unaware: there isn’t a Valor quartermaster. You earn Valor gear as drops from Mythic+ dungeons, and you then upgrade those drops by visiting an upgrade vendor, namely Aggressor Zo’dash in The Enclave within Oribos. You can technically visit any upgrade vendor (such as the one in your Covenant sanctum), but he’s kind of the go-to guy.

Okay, moving on: to upgrade Valor gear beyond rank 6 in Season 2 of Shadowlands you need to reach various Mythic+ Dungeon Ratings. The item levels and requirements for each rank are as follows:

If you are wondering, “I don’t see Shadowlands Keystone Master in that list,” that’s because the achievement is now attached to reaching a Mythic+ Dungeon Rating of 2000 or higher. So, in essence it’s still a requirement to reach the final Valor gear upgrade rank. Since the achievement is score-based now it will take longer to unlock, especially because keys on both Tyrannical and Fortified count as separate boosts to your Mythic+ Rating.

That said, upgrading your Valor gear is a touch more accessible, at least earlier on, so those of you looking to jump into Mythic+ dungeons for the first time should be able to put your Valor to use sooner rather than later. You’ll still have to push higher keys (and tackle them on Tyrannical and Fortified to boost your score into the upper reaches), but you can upgrade your Valor gear up to a raid-equivalent item level before your score starts to matter in Season 2.