Next stop, the Aquarium Park! The Aquarium Park is the fifth world in Sonic Colors: Ultimate. Given the name, yes, it’s a level with a lot of underwater sections. Water levels are usually some of the less popular levels in platformer games in general. They’re a lot slower, sometimes more drawn out than they need to be, and sometimes can leave us off with some memories that just don’t seem to go away (like the Labyrinth Zone from the first Sonic game).

Aquarium Park, though, isn’t all bad. It doesn’t break too far away from Labyrinth Zone levels of painful, but some of its Red Ring locations can be. Here are the locations for them.

In the quick step section, you’ll notice when you’re running down the slope that there are a row of rainbow rings high above you. Make sure you collected a good amount of boost power from the Wisp capsules. Then just before that cluster of rings in the middle path, jump and boost in the air. The momentum should push Sonic forward into those rings, bringing you to an alternate upper path. Follow the level from there and the first ring should come up after a series of spring jumps. 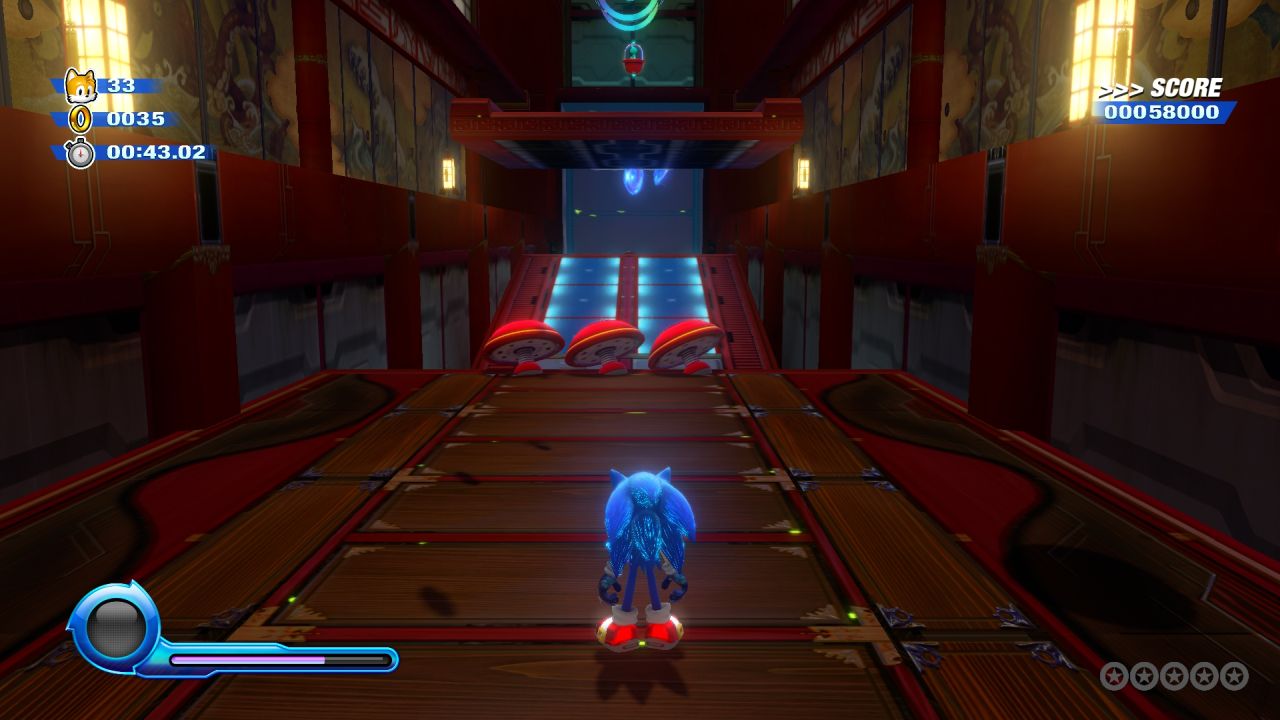 At the second body of water and before the big loop, drop down and use the drill to dive further to the second ring’s location. You’ll know you’re nearby when there are circular formations of rings, refillable Wisp capsules, and spiky balls. 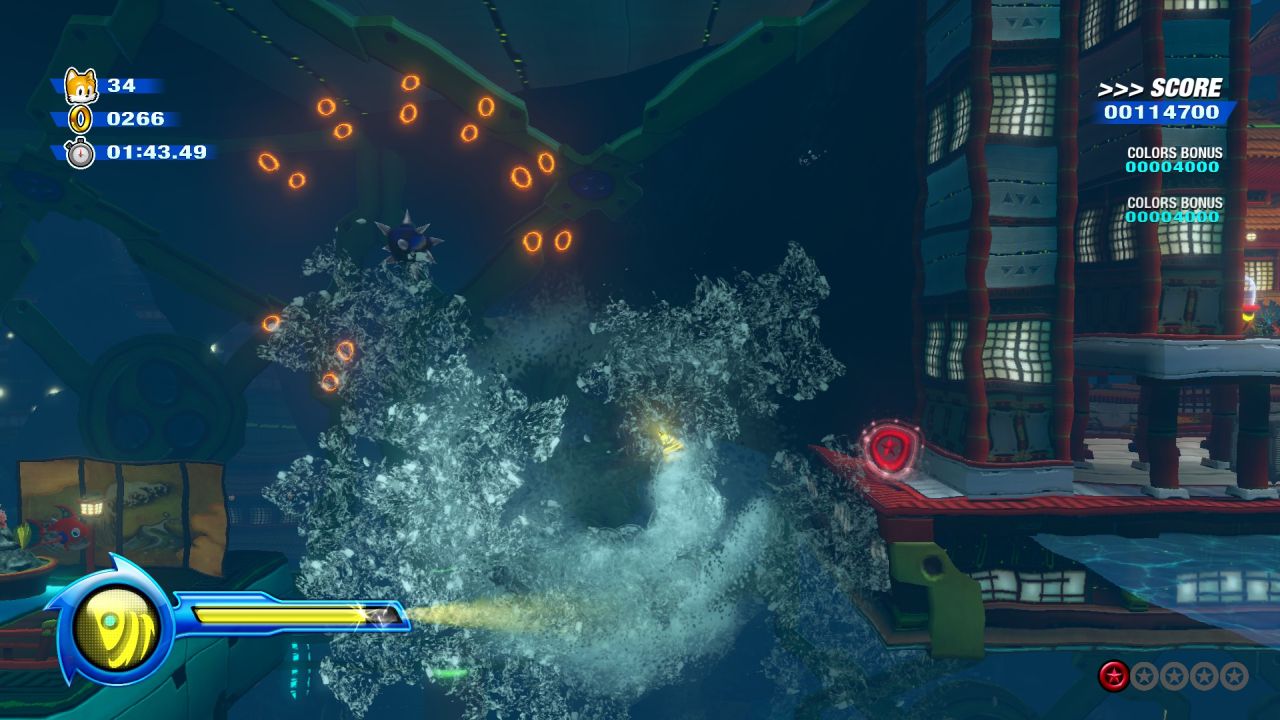 Make your way down even further from the second ring’s location in drill form. It provides better mobility underwater. Keep going down and to the right until you find a pipe that you can go inside of in your Drill form. You’ll know you hit the right area when you find yourself in a more vivid body of water. Make your way up from that point into another pipe. While going up, enter the second pipe. It’ll lead you right to the third Red Ring. 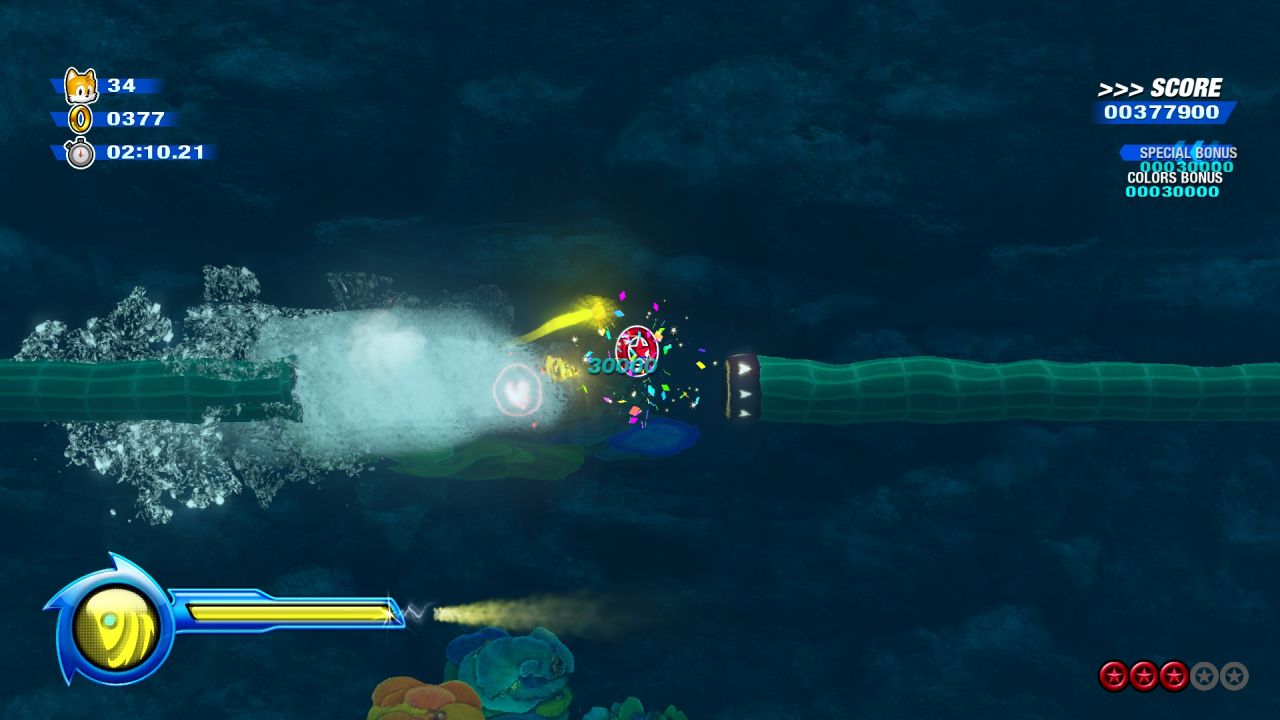 You’ll have to have held onto the Laser Wisp from earlier in the level. Once you reach the descending elevator section with occasional Badniks dropping in, wait until the elevator comes to a complete stop. Press the button to the left to activate a trail of rings. Now use your Laser form to beam at the visible prism on screen. You’ll shoot all the way through the top and back down, acquiring the fourth Red Star Ring. 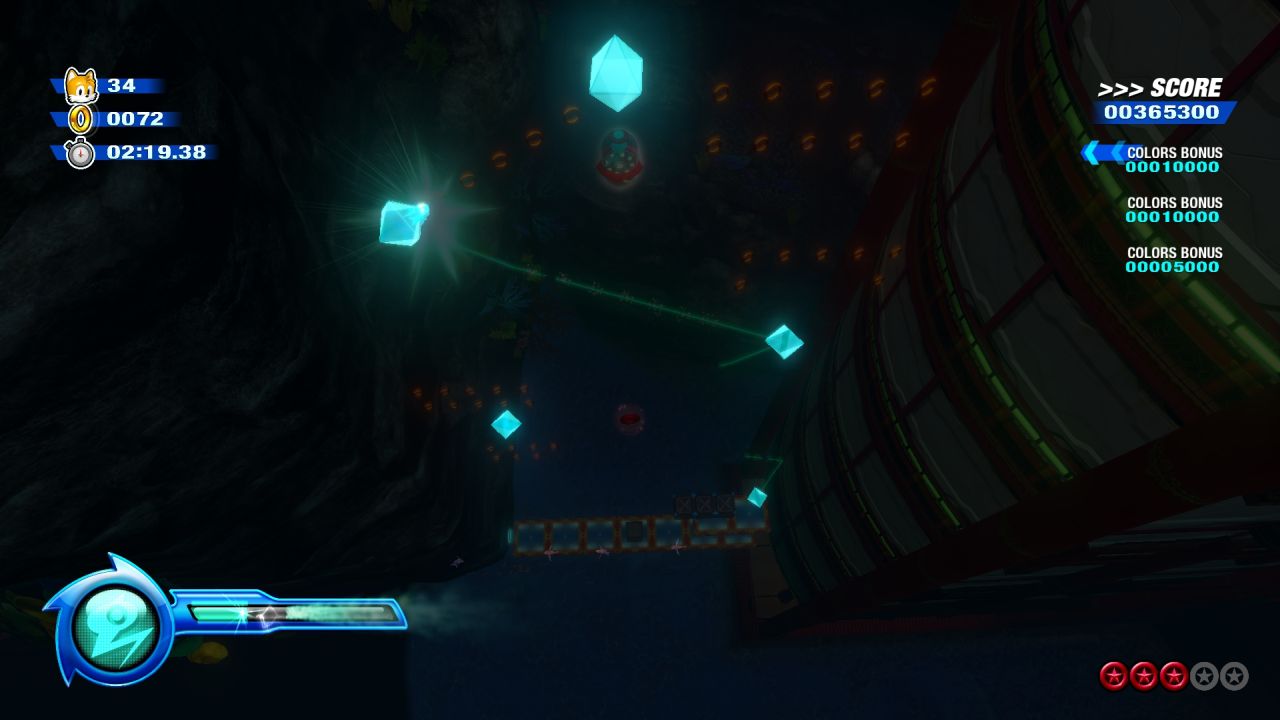 In the final stretch of this Act. You’ll come across a section where there are spikes on the ceiling and the bridge you’re crossing starts to go up. Instead, go under that bridge to the right. There is an extra path that leads to the underwater. Jump out from the water to gain extra height, leading you to the final ring. 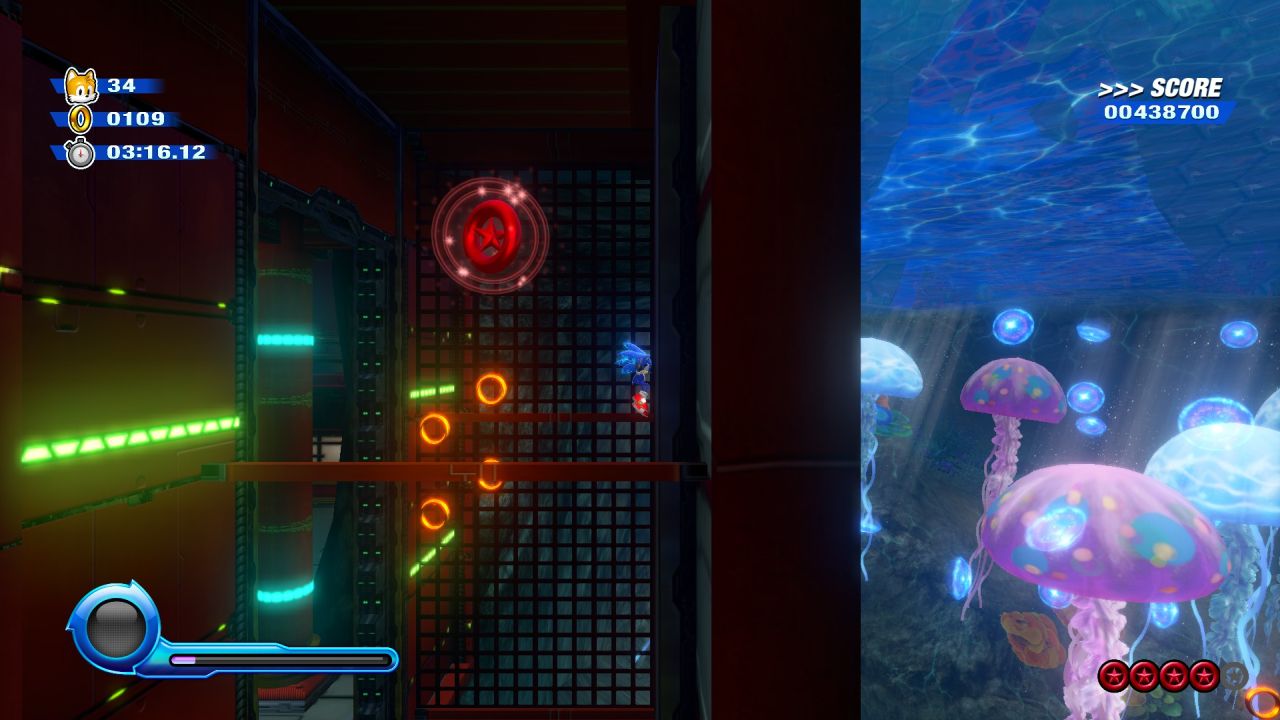 In the beginning of the level, you’re in the blue cube segment. Make your way across until you pick up the Blue Wisp capsule. In plain sight will be the first Red Ring. Activate the Wisp’s ability to convert the top cubes into rings and the bottom into cubes. Then, grab the ring before the ability runs out. 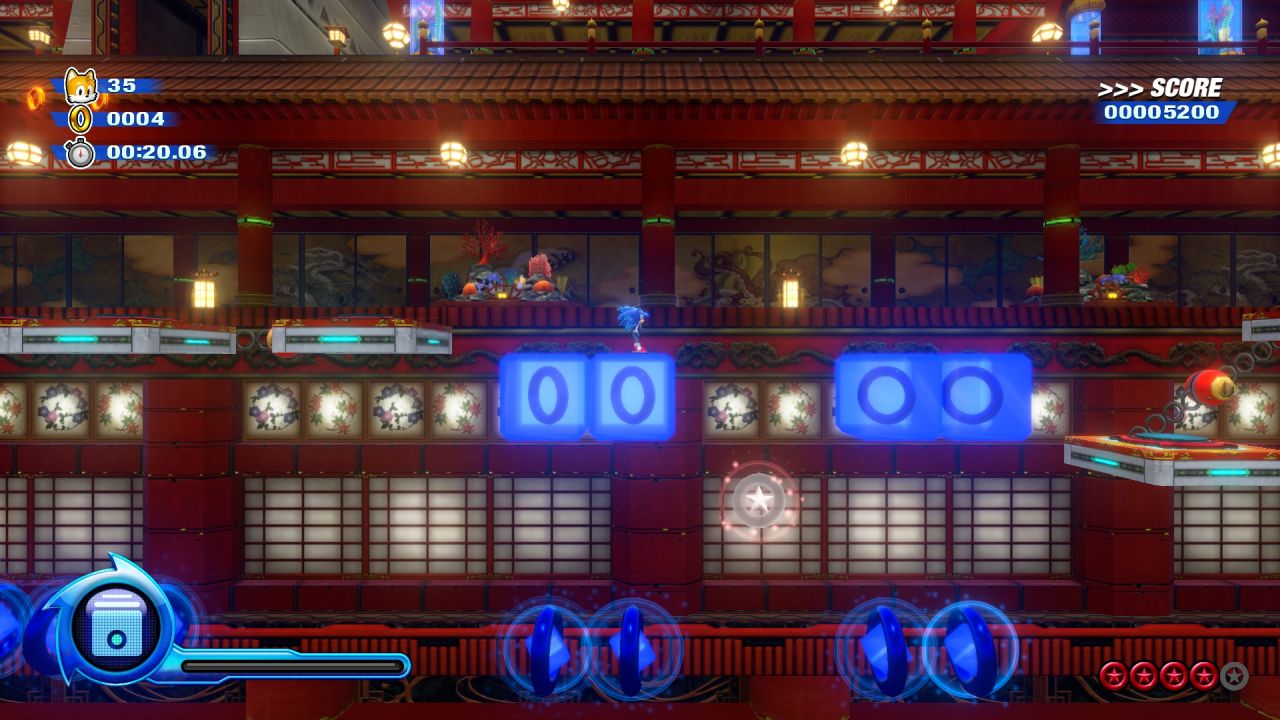 Just after the first ring, the second one will be right before the spring into the first checkpoint. It’s below the platform. You’ll have to convert the blue rings into cubes with your Wisp so you can grab it. Be careful with the platforming. 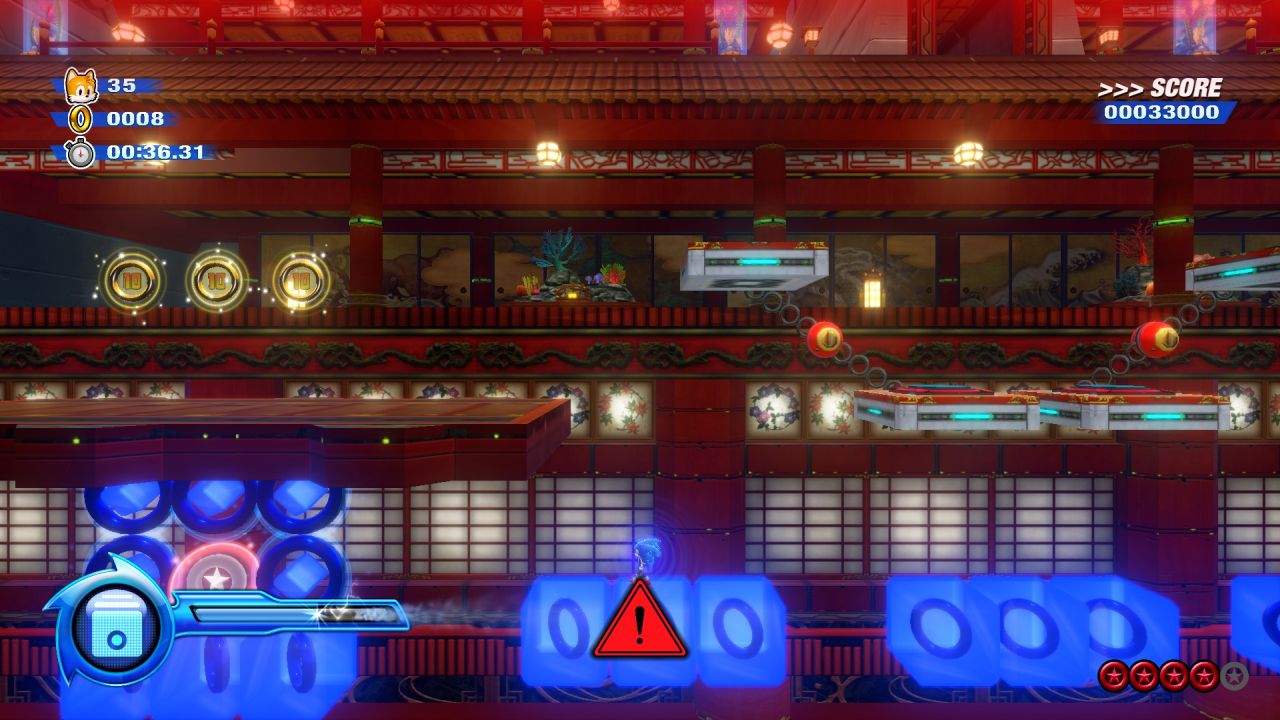 In the second half of the level, there is a section with chained, rotating platforms. This ring will be in plain sight, but is between these apparatuses. Jump carefully and land onto the other side, obtaining the ring. 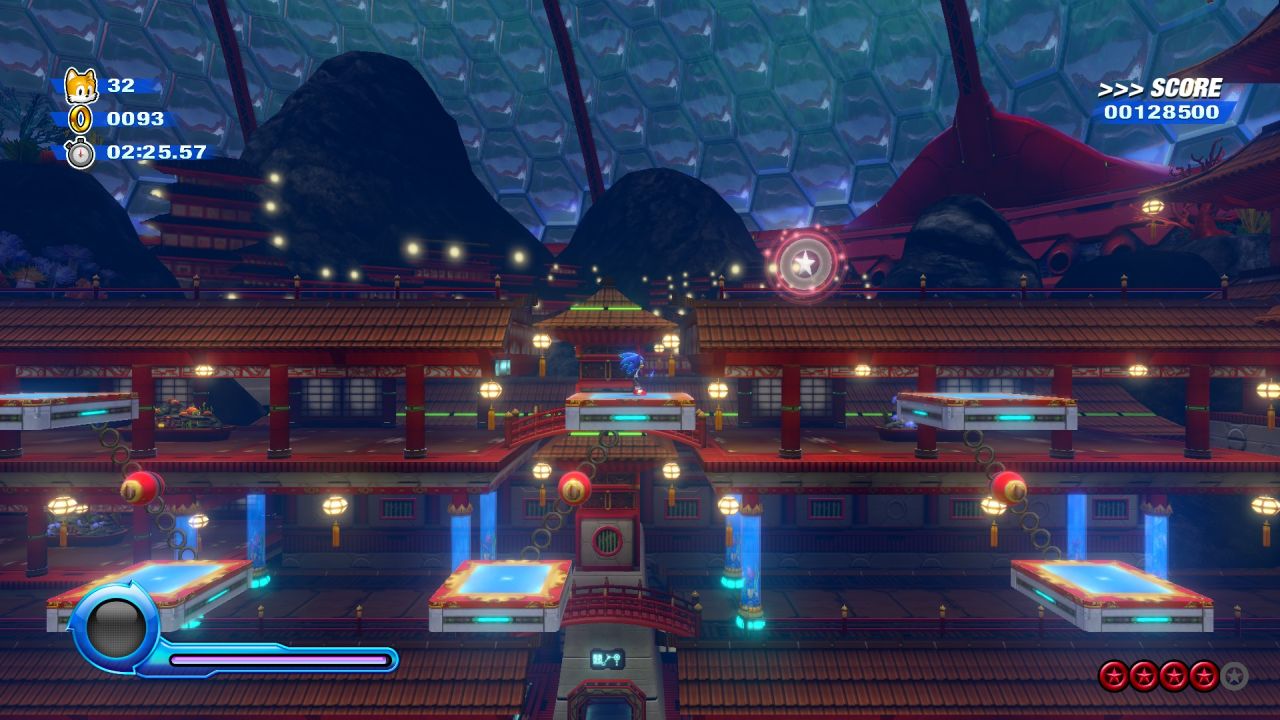 Right before the end, there is one final spinning series of platforms guarded by three Badniks. There is also the fourth Red Ring in plain sight. 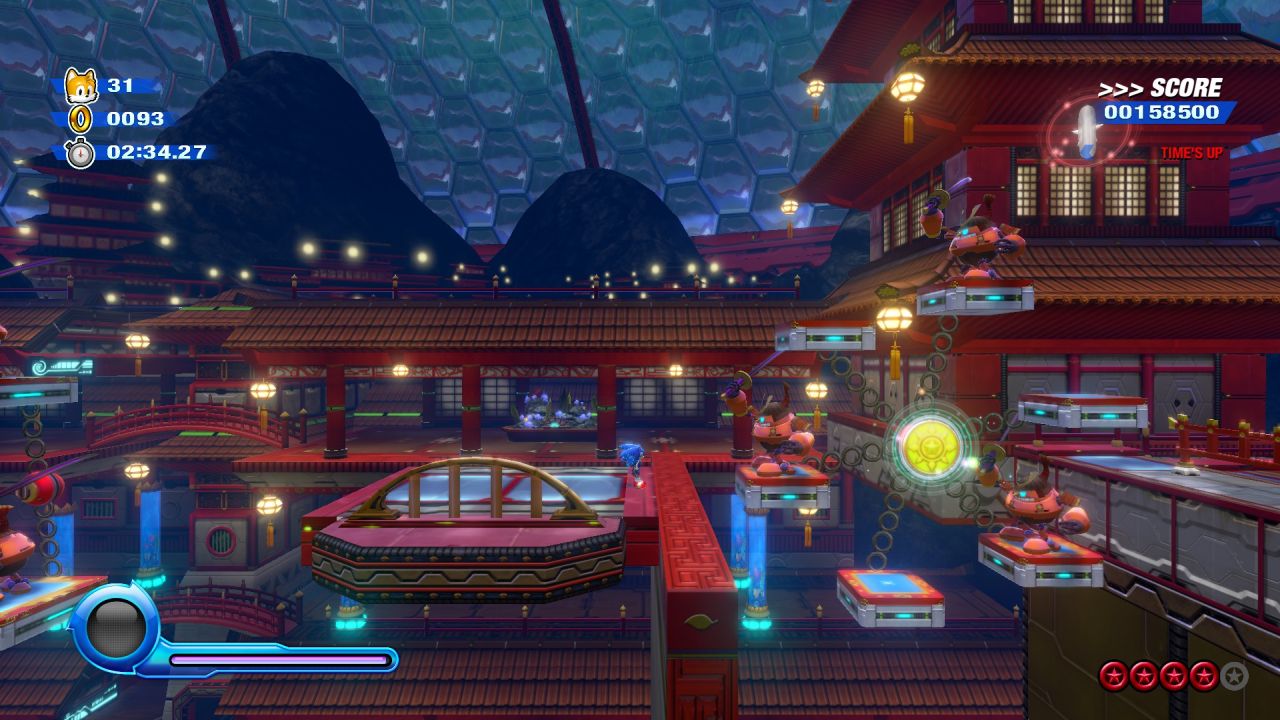 There is an alternate route above the pyramid-shaped layout of the blue cubes after the checkpoint. If you make your way to the top, you’ll find a secret rainbow ring that propels you upward. You have to act very quickly on this part, manipulating the rings and cubes back and forth to get to the very end for the final ring. It may take a few tries because the timing is very strict. 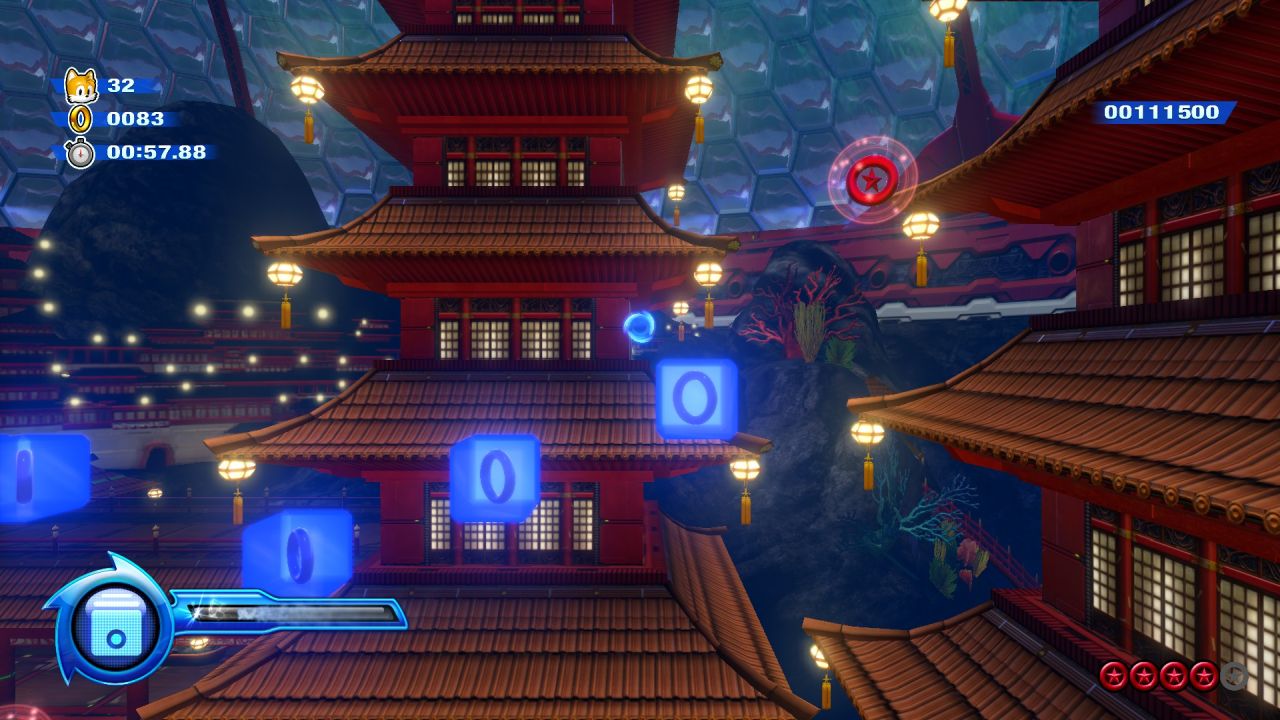