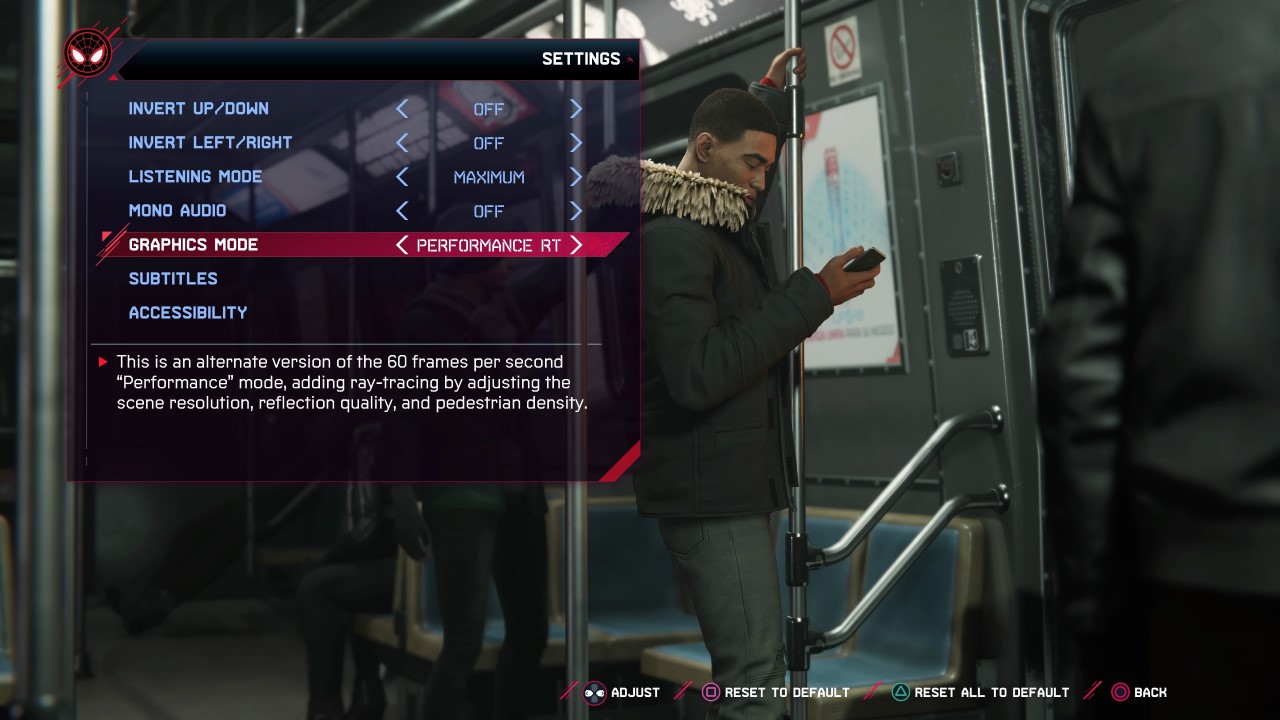 Insomniac Games stealth-dropped a new update for Spider-Man: Miles Morales, which brings an exciting new option to the PS5 version. Update 1.007.001 weighs in at just over 260 MB and comes shortly after the 1.06/1.006 update to add an unexpected but very much welcome feature.

Spider-Man: Miles Morales can now be enjoyed at 60fps with ray tracing enabled. Previously, ray tracing was exclusively associated to the Fidelity Mode, which ran at 30fps at 4K. The added option, seen above, reads: This is an alternate version of the 60 frames per second “Performance” mode, adding ray-tracing by adjusting the scene resolution, reflection quality, and pedestrian density.

The resolution associated with this enhanced performance mode is currently unknown. However, some reports claim the standard performance mode sat around 1080p. That would likely place Performance RT somewhere below that resolution. The beauty of ray tracing comes at a price.