Sephiroth is coming to Super Smash Bros Ultimate, but there’s a twist with this DLC character. Unlike every previous Smash DLC fighter, Sephiroth can actually be unlocked early by completing a special challenge before the official release date. Beating the Sephiroth Challenge will grant you the privilege of playing as Sephiroth before everyone else, but the fight is a tough one. Sephiroth has a ton of cool moves, and he’s shaping up to be one of the game’s strongest fighters. Here’s the release time and more details for Sephiroth in Super Smash Bros Ultimate.

Sephiroth will be released in Super Smash Bros Ultimate on December 22 at 5 PM PT/8 PM ET. You can get him by purchasing Challenger Pack 8, which is included in the Fighters Pass Vol. 2. While his official release is not until next week, players who manage to complete the in-game Sephiroth Challenge can unlock this new character right now. 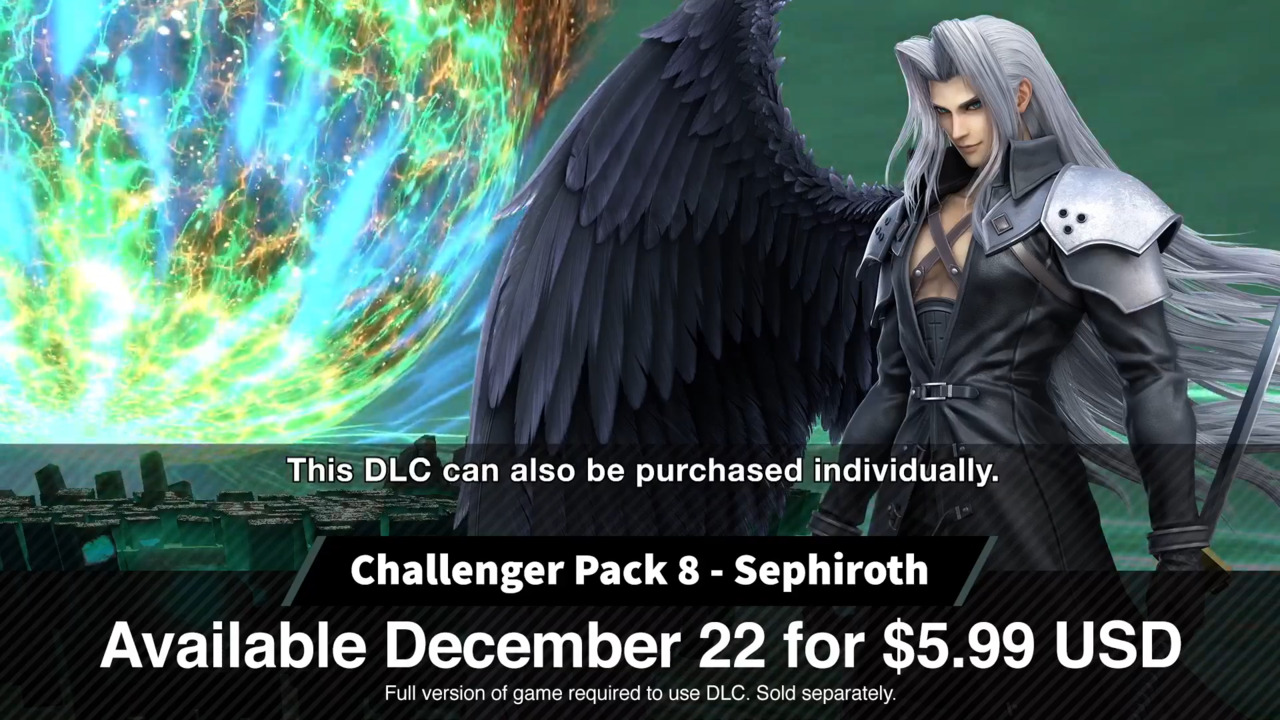 The Sephiroth Challenge is a difficult battle that can be accessed from the game’s main menu for a limited time. This challenge features a one-on-one battle with Sephiroth himself on the new Northern Cave stage. There are three difficulty levels to choose from, but you can unlock him by beating him on any difficulty. There are nine new Final Fantasy VII music tracks in Super Smash Bros Ultimate, bringing the grand total of Final Fantasy VII tracks in the game up to 11 when you factor in the two songs that came with Cloud. Each new track is listed below, and an asterisk denotes a new arrangement.

Several Final Fantasy VII soundtrack staples that were missing when Cloud first came to smash, like JENOVA and One-Winged Angel, are finally in the game. There’s also a lot of Advent Children love with Sephiroth’s sound selection, which should please diehard fans of the series.

Super Smash Bros Ultimate is available now on Nintendo Switch. Sephiroth will be available on December 22, but you can unlock him early if you can beat the Sephiroth Challenge.