Temtem – Where to Catch Ganki 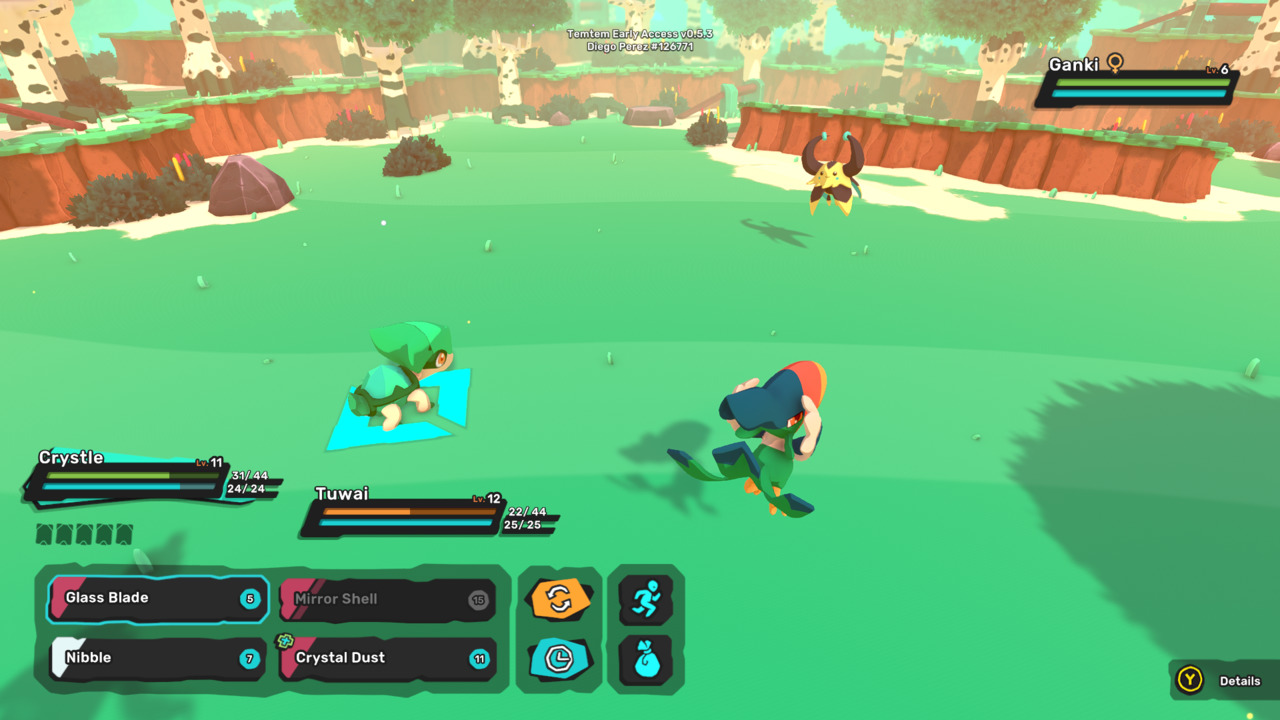 The world of Temtem has a ton of creatures for you to battle and collect, but one of the early game Temtem that catches a lot of people’s eyes in particular is Ganki. Ganki, unlike most other early game Temtem, has dual typing. It’s both wind and electric type, meaning it can cover a wide variety of type matchups. Overall, Ganki is a fantastic Temtem to add to a team, and thankfully, it’s not very difficult to find at all.

Where to Find Ganki in Temtem

Like many other early game Temtem, Ganki can be found in the Thalassian Cliffs. You’ll reach the Cliffs within your first hour with the game. They’re just north of Brical de Mar, bridging the gap between that town and the town of Arisolla, home of the game’s first dojo. Ganki can be found all along the route, and you’re likely to encounter some even if you’re not looking for one. Just keep powering through all the Paharo, Pigepic, and Tateru until you come across what you’re looking for. If you’re already past this point in the game, you can either head back to the Thalassian Cliffs or check out The Gifted Bridges or Windward Fort, which are other locations where Ganki can be found.

The Arissola dojo features exclusively wind and water Temtem, so Ganki can make your first dojo victory a breeze. It’s great base stats make it a worthwhile addition to your team going forward as well. If you keep it around, you’ll see it evolve into Gazuma after leveling up 27 times. Just make sure you have a Temtem that can counter Crystal type attacks, because Ganki takes double damage from Crystal moves thanks to its type disadvantage.

Keep in mind that one of Ganki’s possible traits is Botanophobia, making it weak to Nature type moves as well as Crystal type attacks. It can also have the Cold-Natured trait, meaning it will immediately become frozen if it is afflicted with the cold status effect. As long as you play around these negative traits, Ganki is a great Temtem to add to your team.