Temtem – How to Catch Temtem

Get more Temtem on your team 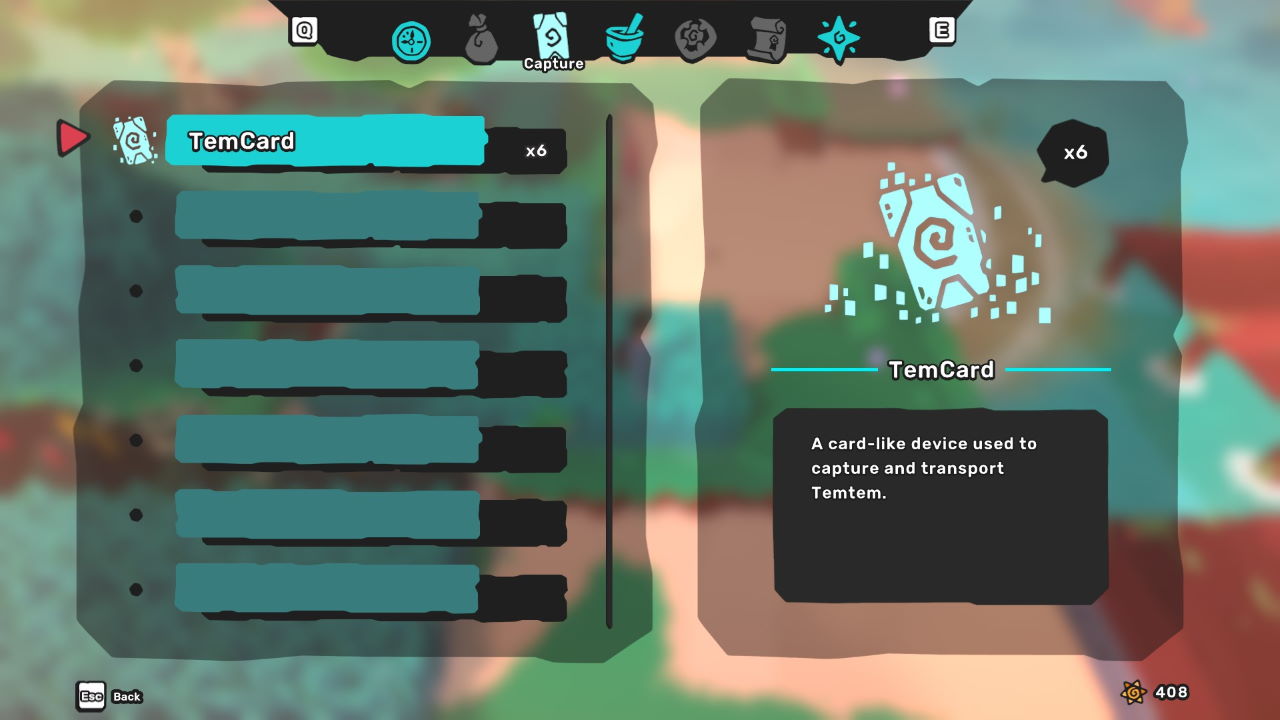 The entire gameplay experience of Temtem, like the games from which it is inspired, can be boiled down to two main things: battling with and catching Temtem. Whenever you aren’t battling it out with other trainers you’re probably out on a route or in the wild running into random encounters with Temtem. Once you encounter them you have to make a choice, do you fight them or do you catch them? But the game doesn’t explain all this, so here’s how to catch Temtem.

How to Catch Temtem

The answer is thankfully simple, and it’s almost like the game didn’t explain it fully since it assumes you already know. If you don’t though, you might wonder how to fill out your team beyond the starter Temtem you receive. To do this you just need to get into those random encounters then use the TemCard. Like the Poke Ball that inspired it, this simple item is the key to catching Temtem out in the wild. When you want to catch one select your bag in the bottom left then choose the TemCard option within.

Of course, it’s not as easy as just tossing a TemCard at whatever Temtem you might want on your team. You will have to put some work into the higher level or stronger ones. Dealing damage, dropping their health into the orange or red zones, will increase your chances of a successful capture of that Temtem. Just be careful not to knock them out, check out our Type Chart for more on this.

Once they’re damaged you should get them in just a couple TemCards, if you don’t just capture on the first throw. The more you catch, the better your options in battles, including the critical ones further in the campaign. So that’s how to catch Temtem, not go fill that collection.