Temtem – How to Change Your Appearance

Changing your clothing is easy but earning new duds may take awhile. 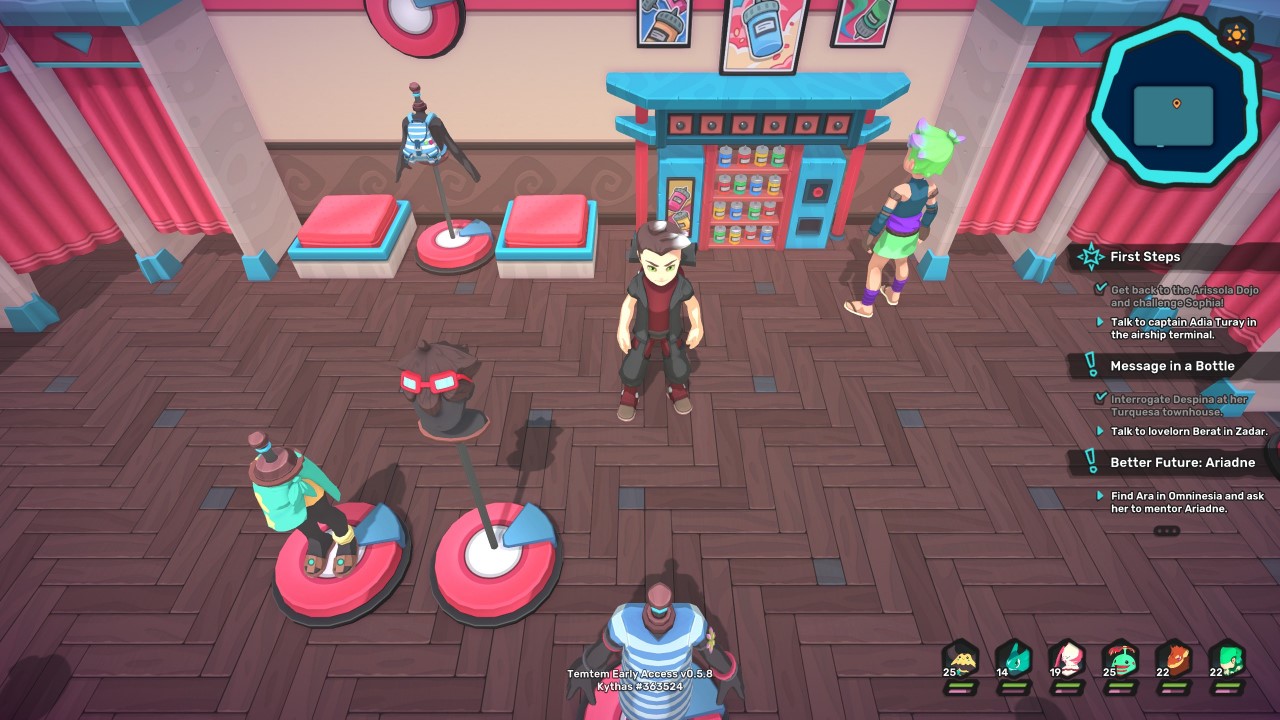 Like most MMOs on the market, Crema’s Temtem allows players to alter and customize their appearance, with plenty of clothing pieces to choose from. The process of a changing your pants and what-have-you isn’t difficult, yet acquiring new outfits will prove itself a grind.

Hit Tab or Escape to bring up the main menu, and select Customize under the tab with the head to change your appearance.

The Customize menu will have every cosmetic item you have unlocked within it, filtered by the type of item it is. If you want to swap an item right-click the cosmetic you want to wear and select Equip. You can even dye the item, assuming you have dyes (which are single-use items). That’s the basic concept at least, but earning new cosmetics is where things get a touch grindy.

There are cosmetic stores in most of the major towns, indicated by a clothing hanger on the map. Each sells different items, and they are all supremely expensive. The cheapest items sell in the thousands, but the majority go for tens-of-thousands. With all the Balms, Revives, and critical items a tamer needs to stock up on, it’s difficult to save up for clothing in the early game.

I’d also wager we’ll see cosmetics sold for actual money in the future, because it’s the sort of micro-transaction that doesn’t piss people off. Then again, that’s assuming there are plenty of accessible options available in-game. For now, focus on beating the main story on offer before grinding the money required to purchase cosmetics. There are a few freebies in chests throughout the game, but you won’t be TemTailoring for a while.

Home / Game Guides / Temtem – How to Change Your Appearance