The missing children can't be found during your first visit to Brical de Mar. 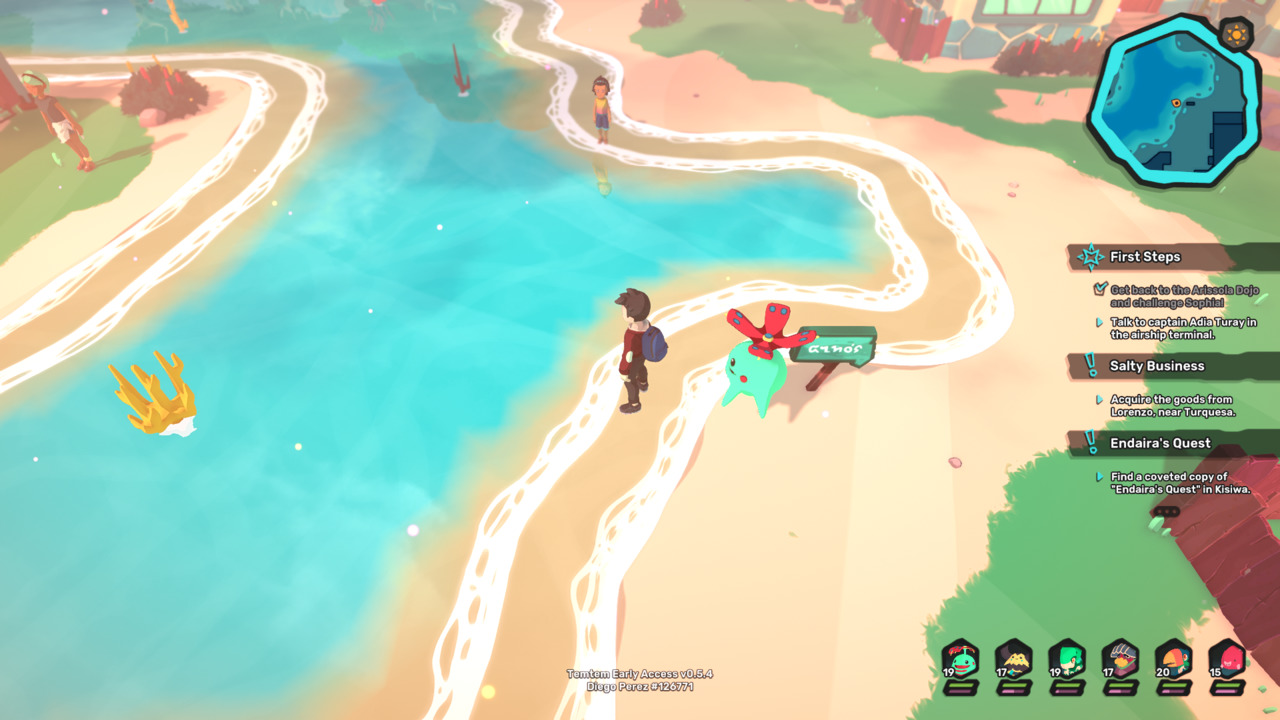 The world of Temtem is filled with various optional side quests that you can take on at any time, but one early side quest in particular has some players searching all over for a solution. Yusuf and Roger, the missing children from the Missing Kids quest in Brical de Mar, actually can’t be found until you get an item later in the game, so don’t bother looking for them during your first visit to the town. This guide will show you how to get the item you need and where to find the two children.

Where to Find Yusuf and Roger

Yusuf and Roger are in Brical de Mar, but you won’t be able to reach them without a Surfboard, which you’ll receive after beating the dojo in the next town. Once you have a Surfboard, cross the water on the left side of town and head for the southwest corner. The two kids should be pretty easy to spot. Speak to them and then return to the headmaster in the Accademia to claim your reward: a decoy. How to Get a Surfboard in Temtem

We outlined the process of obtaining a Surfboard in Temtem in one of our other guides, but we’ll still recap the basics for you here anyway. From Brical de Mar, head north through the Thalassian Cliffs until you reach the town of Arissola. You’ll need to beat the town’s dojo to get a Surfboard, but Sophia, the dojo leader, is nowhere to be found.

To get Sophia back in the dojo, you’ll have to make a trip to the Windward Fort, which can be accessed by exiting Arissola to the north and following the Gifted Bridges. It’s a lengthy route with tons of tamers waiting to battle, so be sure to stock up on supplies at the Temporium before you head you. Battle your way through the Windward Fort and Sophia will return to the Arissola dojo.

Then, just defeat her in battle and she’ll give you your very own Surfboard.