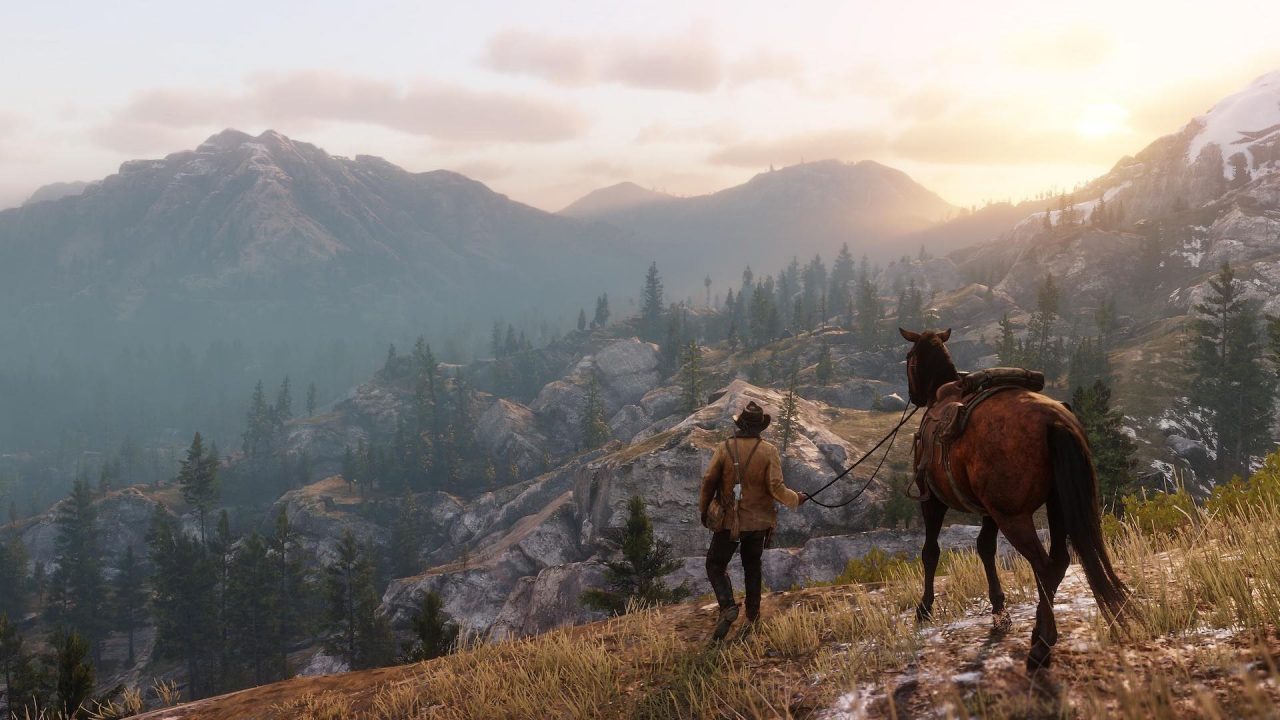 Unique side quests in an open-world game are essential to add to the experience. Red Dead Redemption 2 is no different and exceeds expectations in every way with their side content called Stranger Missions. With so many to choose from, it can be hard to pick the right ones to tackle first. But, with this ranked list, you’ll be able to see what is worthy of your time first and foremost. These exciting missions show us that developer Rockstar Studios are way ahead of the open-world genre compared to their counterparts.

There are tons of Stranger Missions included in Rockstar’s Red Dead Redemption 2. We took a look at 12 of them and decided to narrow it down to the eight best in all of the game. Please note that this list will contain spoilers, so progress at your own risk. Below are some honorable mentions as well as the top 8 in detail:

8. Noblest of Men, and a Woman For most players, this will be one of the first side missions you will stumble upon, yet it is one of the best. This side quest follows a biographer named Theodore and his interest in writing a piece about an infamous gunslinger Jim Boy Calloway and all the sketchy acts he took part in. Arthur decides to help and sends the player on an adventure that leads to encounters with other gunslingers who have the necessary information about Calloway.

Sounds simple enough, but journeying to four different locations and meeting these infamous outlaws, had us at the edge of our seats as we patiently waited for everything to unfold. The mission is exciting as it leads to killing and twists, leaving us wanting more. This questline has to be one of the most hilarious plots we have seen recently within a video game. Arthur runs into twins participating in their protest, whose primary goal is to gather interest from a lady named Helen. As you can guess, these two are making complete fools of themselves, showing us their desperation throughout the whole mission.

These two individuals go to extreme lengths to show Helen they are worthy of her affection. From asking Arthur to shoot bottles off the top of their heads to getting into a barrel and riding down a waterfall while inside. The banter between everyone will keep the player laughing, making this a top mission to partake in.

6. The Smell of Grease Paint In a saloon in the Van Home Trading Post, Arthur runs into very eccentric characters. These characters are members of a traveling sideshow, pretty much a circus, and they encounter a problem where the lead magician goes missing. This is where Arthur comes in to locate the missing magician, leading to intriguing character-driven mysteries as you try to understand these enigmas.

Eventually, making your way into the woods, you get to see a trippy showcase of colorful powder bombs being thrown at you as you chase down the magician. It is well done graphically and perfectly showcases what the PlayStation 4 and PlayStation 5 can do. There is also an optional part where you can watch the carnival show in action, which is fantastic in its own right. What’s so great about this stranger mission is it shows us the complexity of NPCs in the world of Red Dead. The excellent writing, memorable acting, and beautiful set pieces have us feeling connected to Charlotte. Understanding her struggles and feeling a sense of compassion is a breath of fresh air in a game filled with violence.

Helping her go from being mournful of her dead husband to improving her life is primarily the objective for the player. Arthur walks her through her grief and helps her cope with her loss making this one of the most heartfelt missions in all of Red Dead 2. This side mission is another perfect example of flawless writing and storytelling centered around a Civil War veteran who lost his leg. Despite his circumstances, he continues to have a positive outlook in life, leading to Arthur and him creating a genuine bond.

Watching the two interact with each other is an enjoyable experience. The two ride a boat together and go fishing while having friendly conversations. You start to care for the veteran, making the ending all much more devastating when he eventually gets killed by an animal. The veteran is one mission that makes the player feel an immense sense of emotion.

3. The Mercies of Knowledge This mission deserves a spot on this list, considering it involves an invention present in our current day. Professor Andrew in the city is working on a more acceptable way to execute those on death row, to make steps towards getting rid of hanging. Of course, he enlists Arthur to do the dirty and sends him on his way to capture a terrible person to run the experiment on.

The professor convinces the cops of the city to showcase this experiment to a live audience, which he does. It’s a long quest, but all well worth it as it gives us a sense of history, even though it may not be entirely factual.

2. The Wisdom of The Elders This stranger mission gives us insight into the creepy backwater village of butcher creek. The citizens of this village are misled by their leader, who tells them that the surrounding area is cursed. Arthur interacts with the hypnotized residents of this cult-like village, all while trying to convince them that their leader has misled them.

Continuing to provide evidence that the outside is not cursed, you discover some interesting secrets. Secrets uncovered lead to the discovery that all of this was a hoax created by an oiling company whose goal was to gain control of the land. This is one of the best missions mainly because it shows the player how strange this universe can be. Everyone loves an intriguing murder mystery, which is precisely what players get in this Stranger Mission. True crime fans will especially love this quest as you walk through horrific murder scenes publicly displayed. Each murder victim contains a map containing information that will lead Arthur to the killer.

Twists and turns can be found throughout this mission, adding to the excitement. It all comes together as you eventually find the killer, bringing him to the police station and having him get what he deserves. With the serial killer eventually killed, justice is undoubtedly served, and the satisfying nature of taking care of the serial killer makes it the best side mission in Red Dead Redemption 2.