The Division 2 – Skill Tier: How to Increase “Skill Power”

Skill power has been replaced with a more sensible solution. 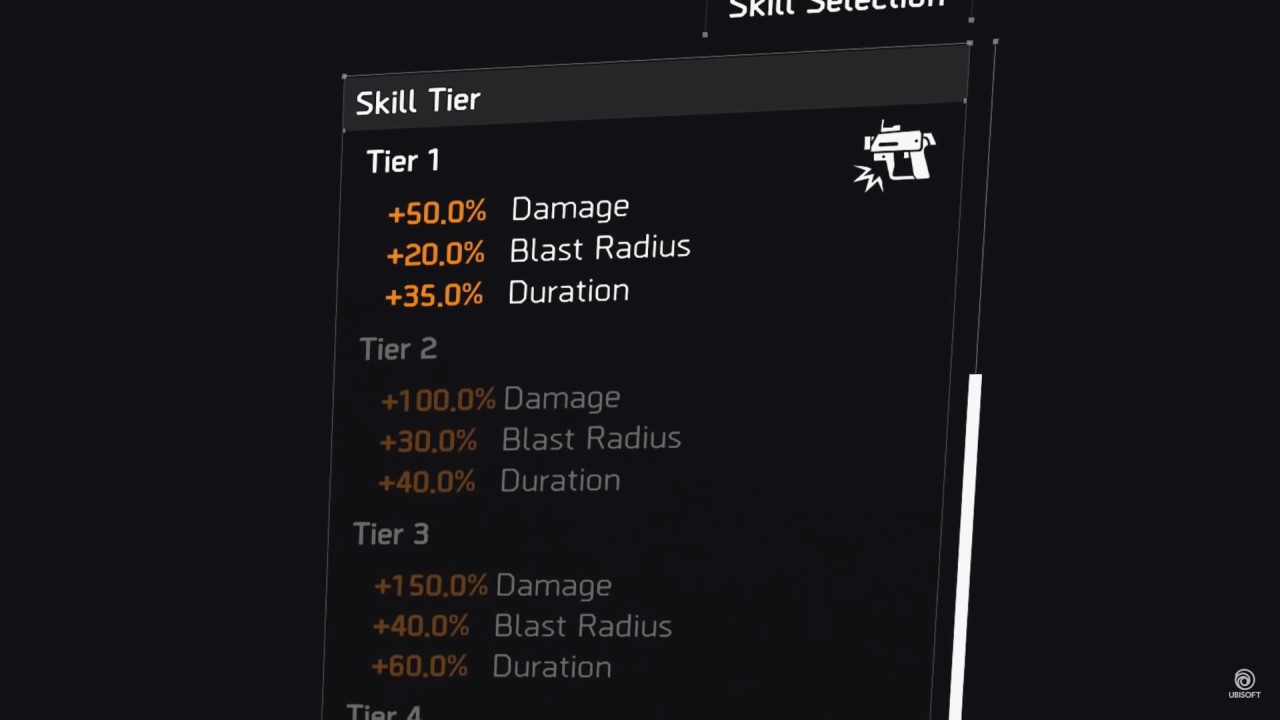 Skill power in The Division 2 never quite sat well with the community, despite Massive’s best efforts to reel the system in. With The Division 2: Warlords of New York and Title Update 8 comes the complete excision of skill power, which is being replaced by the infinitely more intuitive Skill Tier system. So, how exactly do Skill Tiers work?

Skill Tier is core attribute on gear, and provides a flat boost to skills.

Skill Tier can appear as a core attribute on equipment, though it tends to appear on skill oriented gear. Unlike Weapon Damage and Armor, which have a range they can roll, Skill Tier will always roll as a +1 attribute. Each skill has a total of six tiers that can be accessed, so to max out a skill build an agent will need six pieces of gear with the this new core attribute. Skill Tier can be banked in the Recalibration Library, and applied to gear.

Each skill now receives a flat boost to its stats based on the total Skill Tiers an agent has from their equipment. Previewing a skill will display what those boosts are, as can be seen in the image above. Agents now have a transparent way to preview the power they will gain with each tier they equip, allowing them to craft skill builds in a more streamlined fashion.

Skill Tier does not go beyond 6 tiers, but some talents and exotics will allow skills to reach an Overcharge state. This can work in one of two ways: either a talent provides a temporary +1 tier that allows agents at the max tier to enter Overcharge, or an exotic can trigger the Overcharge stat when its talent is proc’d (though, this will be more difficult to activate than the +1 talents). Overcharged skills will receive a massive increase in power for a short duration.

Due to the removal of skill power, mods will now function similar to weapon mods and can be installed without limitation. Skill mods are intended to tweak a skill towards an agent’s preferred build, and will have the Gear 2.0 UI to indicate how powerful the mods are. Skill Tiers will also appear on players in the world, so if someone is rocking a Tier 6 healing chem launcher you can safely assume they are the healer.