For those that thrive on destruction 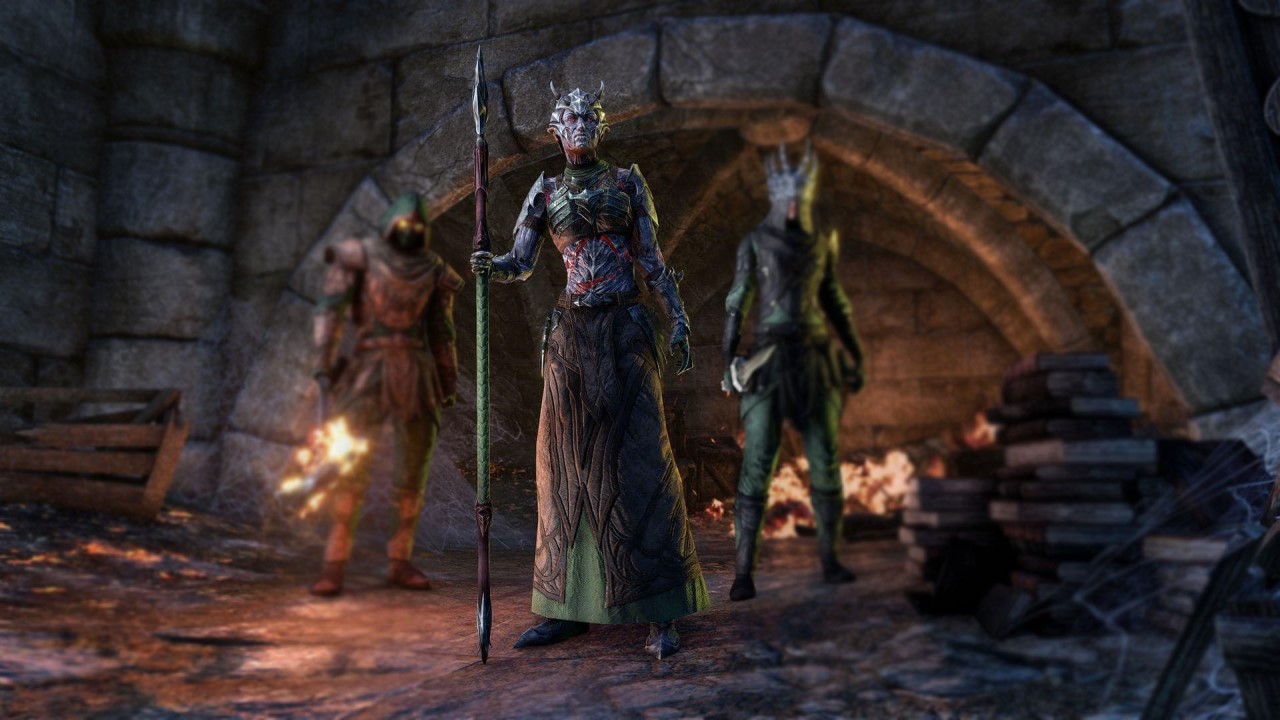 The Gates of Oblivion adventure has begun in Elder Scrolls Online, bringing new content for players to explore in pursuit of freshly added rewards. Flames of Ambition leads this year-long journey and there are a handful of collectibles to snag, among which is a devilish skin.

The Dagon’s Viscerent is “a unique take on followers of Mehrunes Dagon,” the Daedric Prince of Destruction, Revolution, and Ambition. His appearance is most commonly known from Elder Scrolls IV: Oblivion, where he served as the antagonist. Those whose Elder Scrolls history extends back into the 90’s may recall the villain’s role in Battlespire.

We can wrap up the history lesson for now. Let’s endow your champion with a new look.

How to Unlock the Dagon’s Viscerent Skin

In order to unlock the Dagon’s Viscerent skin, you must obtain The Cauldron Conqueror achievement. That begins with owning and accessing The Cauldron dungeon, which we have detailed here.

Now before you sprint off into this Flames of Ambition DLC dungeon, keep in mind that The Cauldron is a group dungeon. The content is designed to be run by four players. Furthermore, the Conqueror achievement involves completing The Cauldron on Veteran difficulty, an enhanced version that becomes available with all other veteran content at character level 50.

If you meet the prerequisites, here are the details for The Cauldron Conqueror achievement:

Should you and your team emerge victorious, the achievement will appear and trigger the unlock for the Dagon’s Viscerent skin. All that is left is to dive into the Appearance section of Collections and equip the reward.