Tiny Tina’s Wonderlands Release Time: When Does the Game Unlock on PC, PlayStation, and Xbox?

The latest news in the world of video games at Attack of the Fanboy
March 23rd, 2022 by J.T. Isenhour 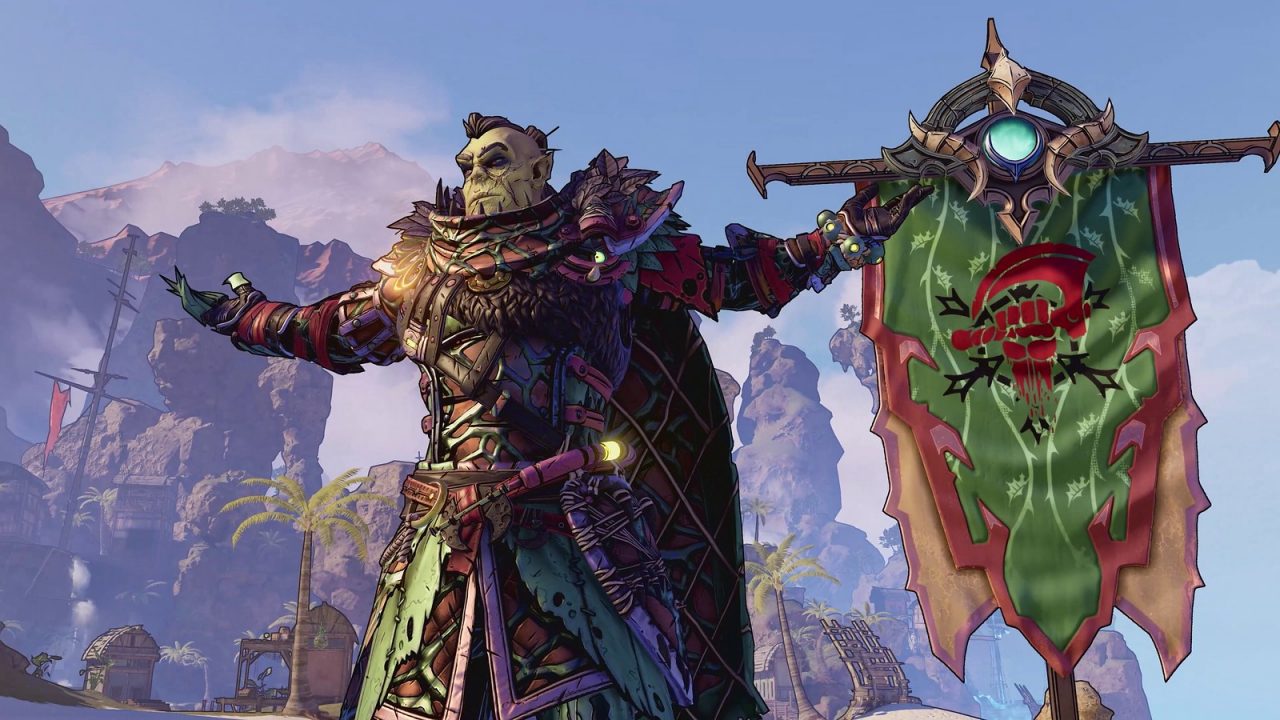 Tiny Tina’s Wonderlands has been a highly anticipated release since its announcement. Many fans enjoyed the playstyle that was shown off in Tiny Tina’s Assault on Dragon keep expansion for Borderlands 2. It’s interesting to see concepts of Dungeons and Dragons alongside the chaotic nature of Borderlands. With all the information that has already been provided about the game, it’s no wonder why everyone is so excited to play it. However, the launch for Tiny Tina’s Wonderlands is going to be a bit different than regular game launches. Let’s go over it.

When Will Tiny Tina’s Wonderlands Release

Unlike most game launches nowadays, Tiny Tinay’s Wonderland has different launch times for PC and Console. A regular game release will happen at the same time regardless of the platform. The difference in release times is not that large, but if you are playing on a PC you will have a headstart over console players. If you are playing on console it will only be a few hours before you get the chance to play Tiny Tina’s Wonderlands for yourself. You can make the time fly by trying to beat one of the harder bosses in Elden Ring if you want.

As stated, the PC version of Tiny Tina’s Wonderlands will release first so let’s go over those times now: 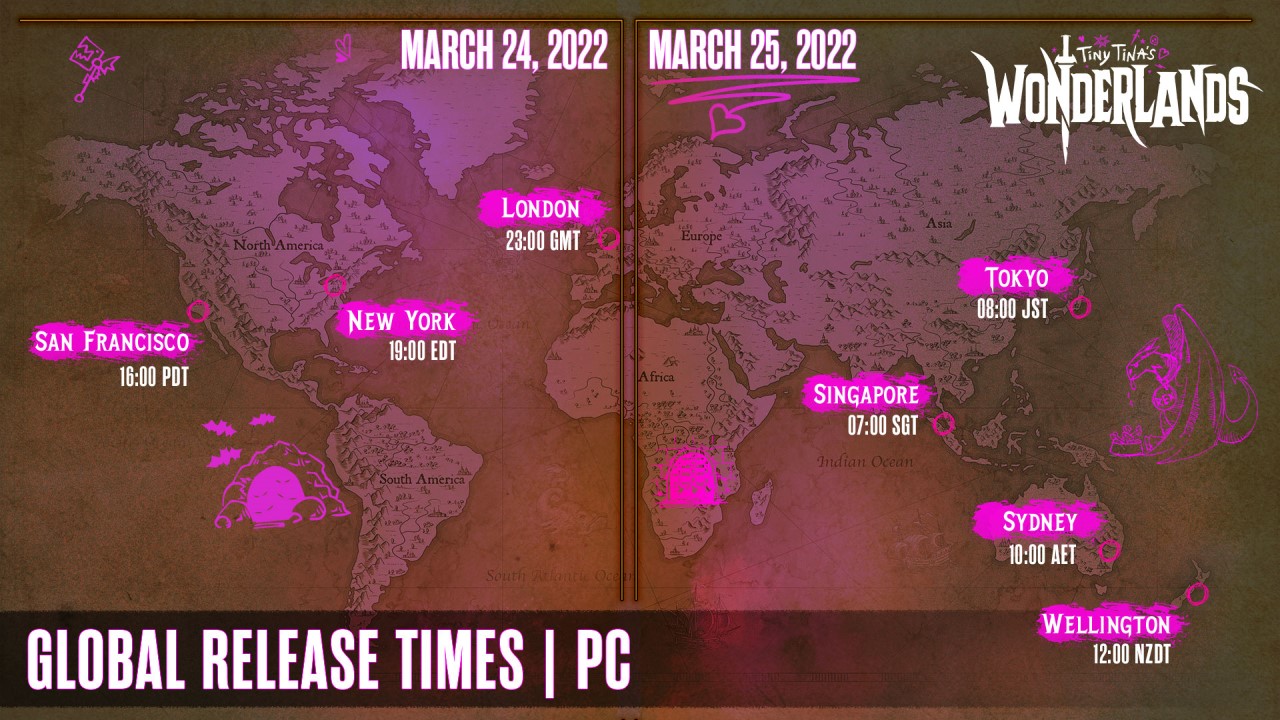 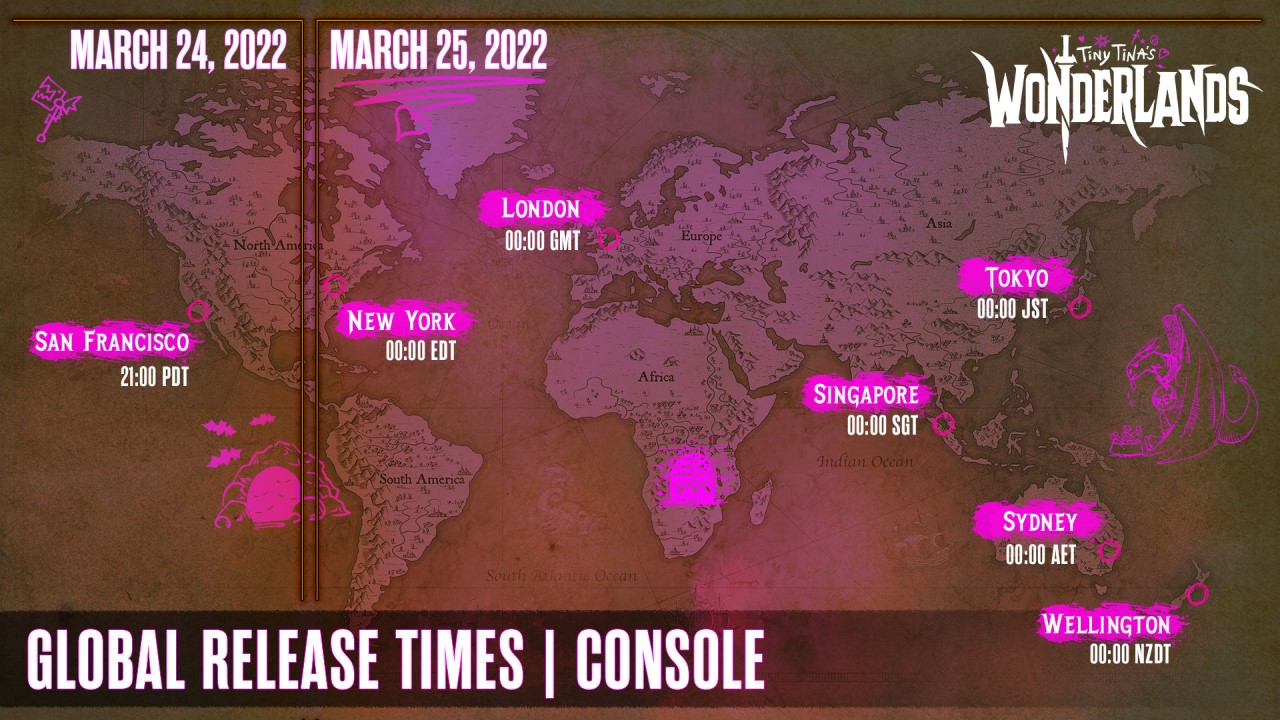 In the US it will be midnight on the 25th for anyone in EDT and 9 p.m. for anyone in PDT. That’s a five-hour difference from the PC release times. While it’s not that much, it is still a little rough for anyone that wanted to play the game a bit on a console before they would want to go to sleep for work the next day. However, you can be sure that we will have plenty of guides ready for the game as soon as it comes out.

Attack of the Fanboy / GAME GUIDES / Tiny Tina’s Wonderlands Release Time: When Does the Game Unlock on PC, PlayStation, and Xbox?