Learn the best Viper lineups and setups on Pearl! Pearl has arguably been the most hated map in the history of Valorant because of its tight corners and spaces. However, some agents shine in this area, and one of them is Viper. The notorious American chemist has utilities and that gives her the advantage in Pearl. Here are the best Viper Pearl lineups and setups that will definitely help anyone win more games! This setup will grant the whole team huge control on A site. Head towards A Restaurant, then place your wall in a straight line on the left side of A Site to cover A Link and A Flowers. To get more control, throw your Poison Orb on the deeper right side of the site, preferably at A Secret, to block enemies from entering the site. On the other hand, you can try performing a one-way in the middle of the site. To do this lineup, stand on the deep corner A Restaurant then place your crosshair on the curve of the marble column. It will land directly on the image shown above. For the first lineup, you have to stand on the cubby just outside the site, then line up the crosshair on the top of the Snakebite ability indicator on the left side of the highest steel bar seen on top of you. This will land directly into the default plant spot in A Site. To do this lineup, stand on the left side of the door seen in A Restaurant. Line the crosshair on top of the Snakebite ability indicator on the right side of the third upper block in the massive hole on top of you. 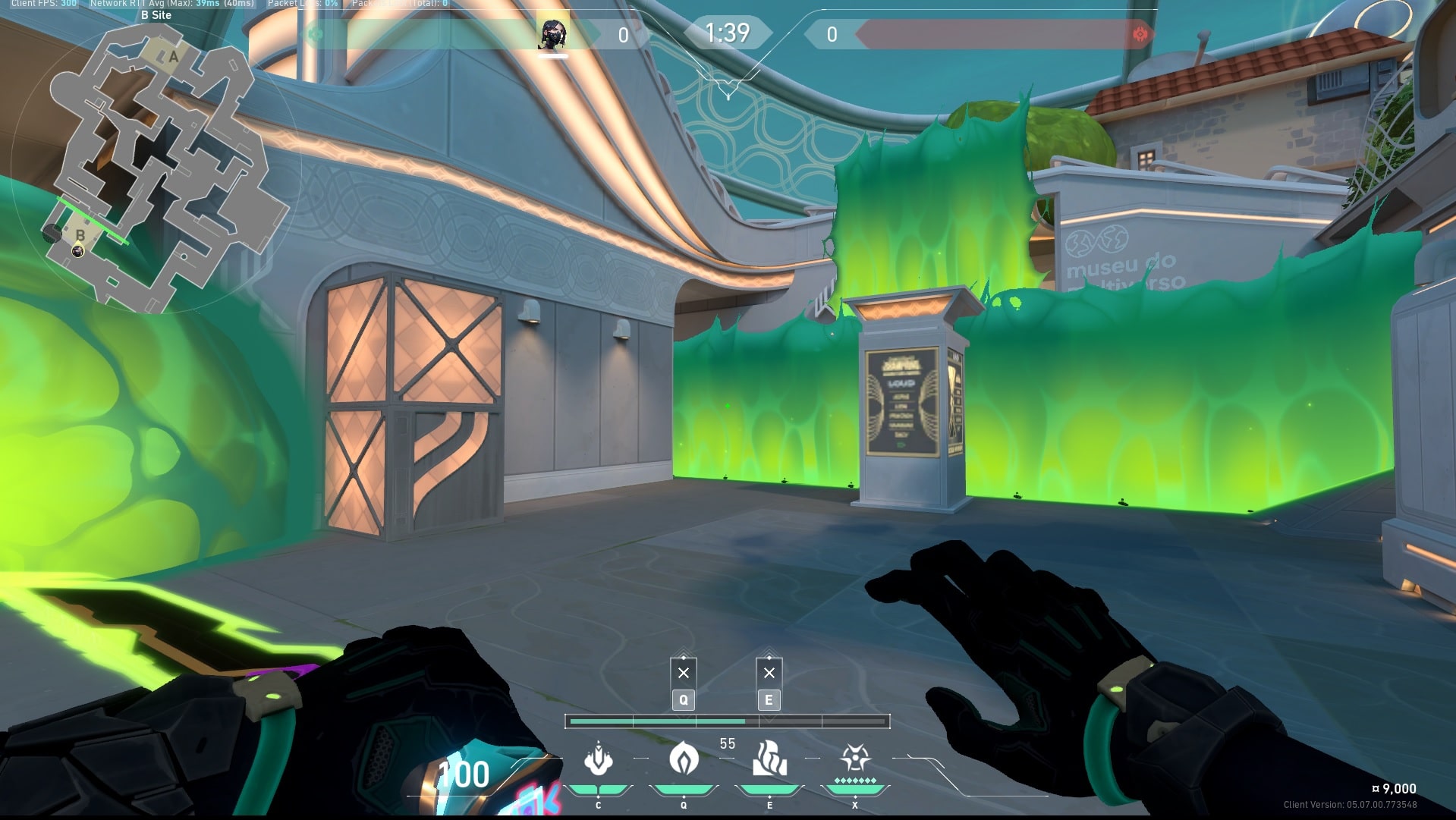 Compared to the A site setups, these are easier and can be done on the fly. First, line up your Toxic Screen on the edge of B Tower. This will block multiple safe angles where enemies usually play. Next, throw your Poison Cloud to block B Hall. It does not need any lineups, so just try to throw it while running or as far as you can while in B Ramp.

You can also try adjusting your Toxic Screen a little bit closer to the middle of the site to cover a larger area. However, this will prevent your team from taking a bigger map control that will be beneficial during post-plant situations. This lineup is really strong because it lands exactly on the safest plant spot in B Site. Also, doing this is pretty simple, align the line seen in the middle of your Poison Orb and Toxic Screen ability icons on the brick shown above, then perform a standing throw. Alternatively, if your team prefers to plant in the green box side for a more open plant, you can also try this lineup to win the round. In order to perform this lineup, go to the same spot as the default plant one. Find the end of the fishtail seen on the wall, then align the left edge of the line seen in the middle of your Poison Orb and Toxic Screen. This one is easy but highly beneficial for anyone holding Mid Double Doors. Stand on the corner on the left side of the stairs in B Link. Place your crosshair slightly on the left of the lightbulb hanging on top of the lamp, then perform a standing throw.

That was the best lineups for Viper on Pearl. Make sure to use all of them to win any situation! There are more things that you can do to improve your overall Valorant experience. Take this best settings guide, for example.