A ship is only as strong as the weapons it brings to battle. 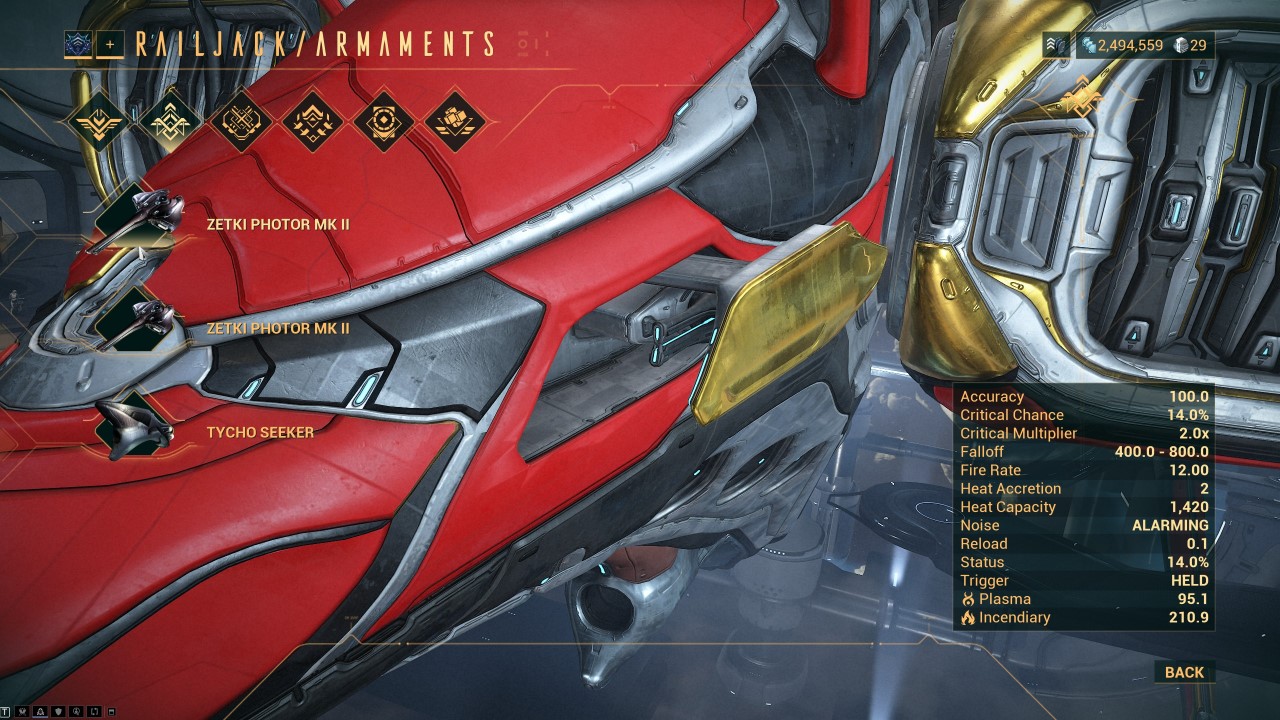 If components are the bones of your Railjack, then armaments are the muscle in the latest Warframe title update. Acquiring them is no different than any other piece of wreckage, but in this portion of our Railjack Guide series I’ll break down what each slot provides, and how to maximize your space-fairing lethality.

To start, the first two slots may look similar and allow similar weapons, but they go in different locations. The first slot is for your nose gun, which is what the Railjack pilot will be firing. The second slot is for the gunners, and you can’t mix and match between the two gunner seats. It’s one choice for both. The last slot is your ordinance, which are the the special attacks that require ammunition restocked at the forge.

While the Ordinance slot has its own unique drops, weapons are shared across the nose and wing turrets. Say you repair a Zetki Photor MK II, like in the image above, and want to use it on the nose. Just click on the nose slot and it’ll be there. Rather use it on the wings instead? Then click the wing slot and equip it from there. Now, you can run the same gun in both locations: you will need a second copy of that weapon if you wanna run dual photors, like above.

Worth noting is the damage and randomization of armaments. The base stats of a weapon are shared among its peers – a Zetki Photor MK II will have the same base stats as any other Zetki Photor MK II you grab. What makes each different is the randomized stat at the top, when you cycle to the stats page. Some will have increased fire rate, others a bump in damage. This is the stat you are essentially “farming” when looking for the perfect roll.

The three houses/variants from components also exist here (Lavan, Vidar, Zetki), and they all come with various strengths and weaknesses. Zetki armaments hit hard, but overheat rapidly for example. Furthermore, there are different types of weapons with different status affects tied to them, such pulse lasers that cause ionic damage and short range frost orbs that deal massive damage as if they were aerial shotguns with the power to slow. It’s all a matter of preference, so play around with each to find what you like before zeroing in on the randomized stats (free-flight is great for this). 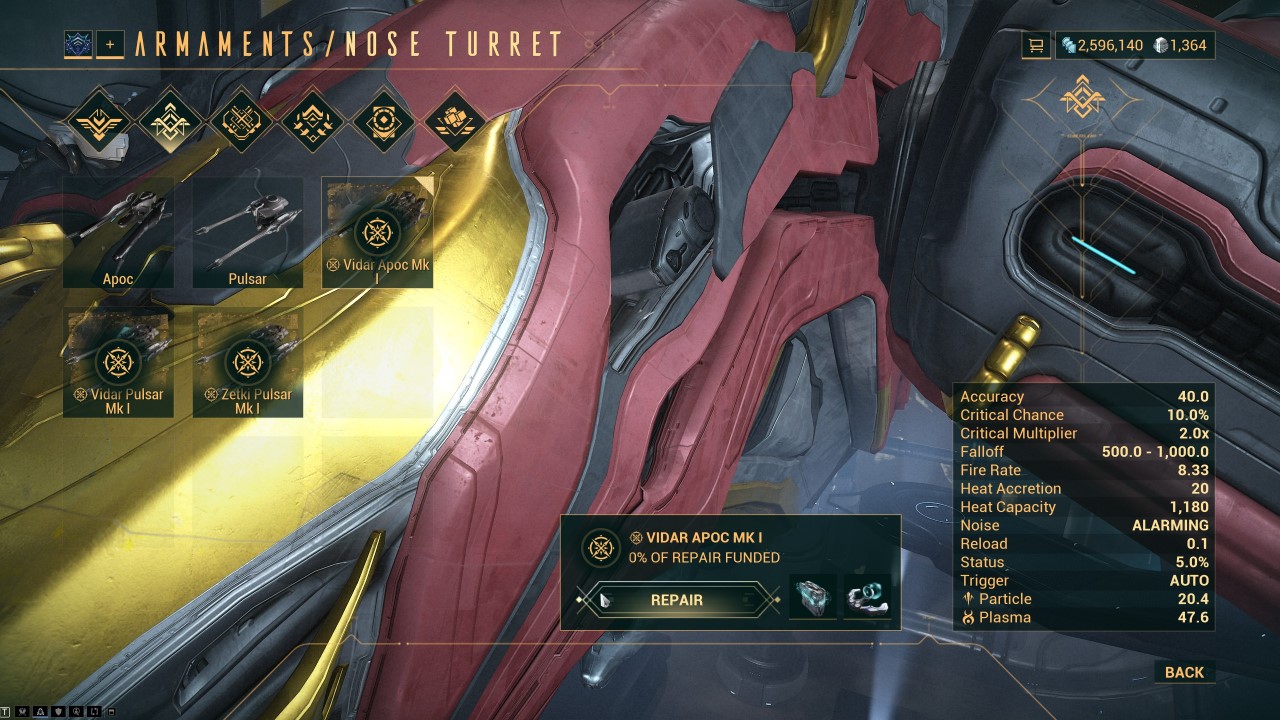 Additionally, keep an eye on the Heat Accretion and Heat Capacity of a weapon. Heat Capacity can be increased with Avionics and Intrinsics, but Heat Accretion is locked. The higher the number, the sooner the weapon will overheat and be locked out of combat for a short duration as it cools off.

Think of Heat Capacity as the amount of heat a weapon can generate, and Accretion as the amount of heat that weapon will contribute to that total per shot. So, a rapid fire Apoc with 80 heat Accretion and a Capacity of 1000 is gonna overheat in no time; which means all that boosted damage will likely be wasted, especially if your partners don’t have the Gunnery Intrinsics that helps with heat management.

One final point worth mentioning is the damage total: what you see when selecting an armament will be lower than what you see in the general Armaments page. This is normal, because the general page factors in your Avionics. So, if you want to see the damage as affected by your Avionics, use the stat-sheet on the general page and not the one provided when previewing the weapon. The preview gives you a good idea where that armament sits, but to know how it’ll look on your Railjack you’ll need to plug it in and fall back a menu.

For more of our Railjack guide series be sure to check back in at our hub page!