Controlling the battle is the key to victory. 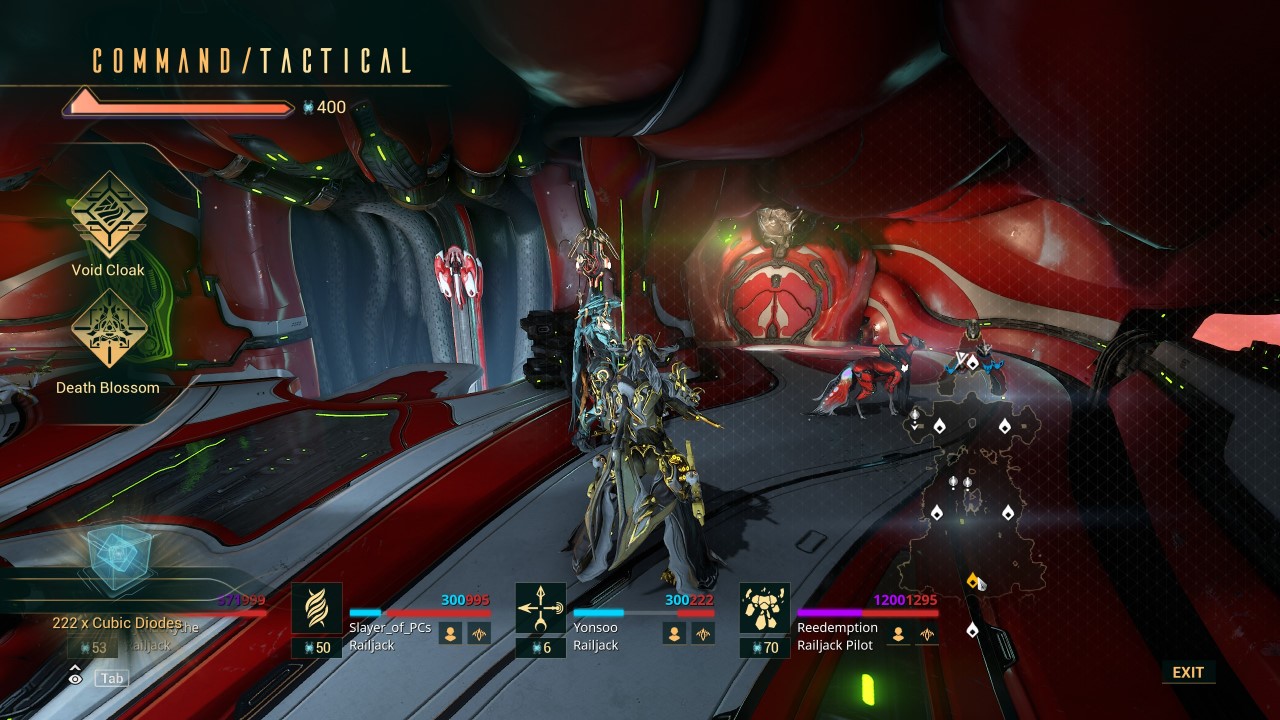 You’ve invested some points into your Tactical Intrinsic, and installed a couple shiny new tactical Avionics into your Railjack. Thing is, Warframe hasn’t gone out of its way to tell you how to use those mods, or how to activate those skills. Turns out there is an entire Tactical Menu you can utilize inside your Railjack, but you need to first invest in your Tactical Intrinsic.

Unlock the Tactical Menu via your Tactical Intrinsic.

With the addition of Railjacks came a new menu, and the game does jack-all to tell you about it. Wanted to use Warframe abilities or assign roles to your crewmembers, but had no idea how? Yeah, you’re forgiven for not knowing what to do.

So long as you have invested a single point into your Tactical Intrinsic you can click the L key, or hold down both the RB/R1 button and the left D-pad to bring up the Tactical Menu while within a Railjack mission. The menu will pop up and you’ll have access to a wealth of new tools, assuming you unlocked them within your Tactical Intrinsic.

That said, the first tier alone allows you to utilize any equipped Tactical Avionics, as well as check the location and health of your fellow Tenno. At tier 2 you can use Warframe abilities, which is as simple as clicking the ability next to either your name or your crewmates’, then dropping the ability on the map to the right (this includes areas you have boarded). 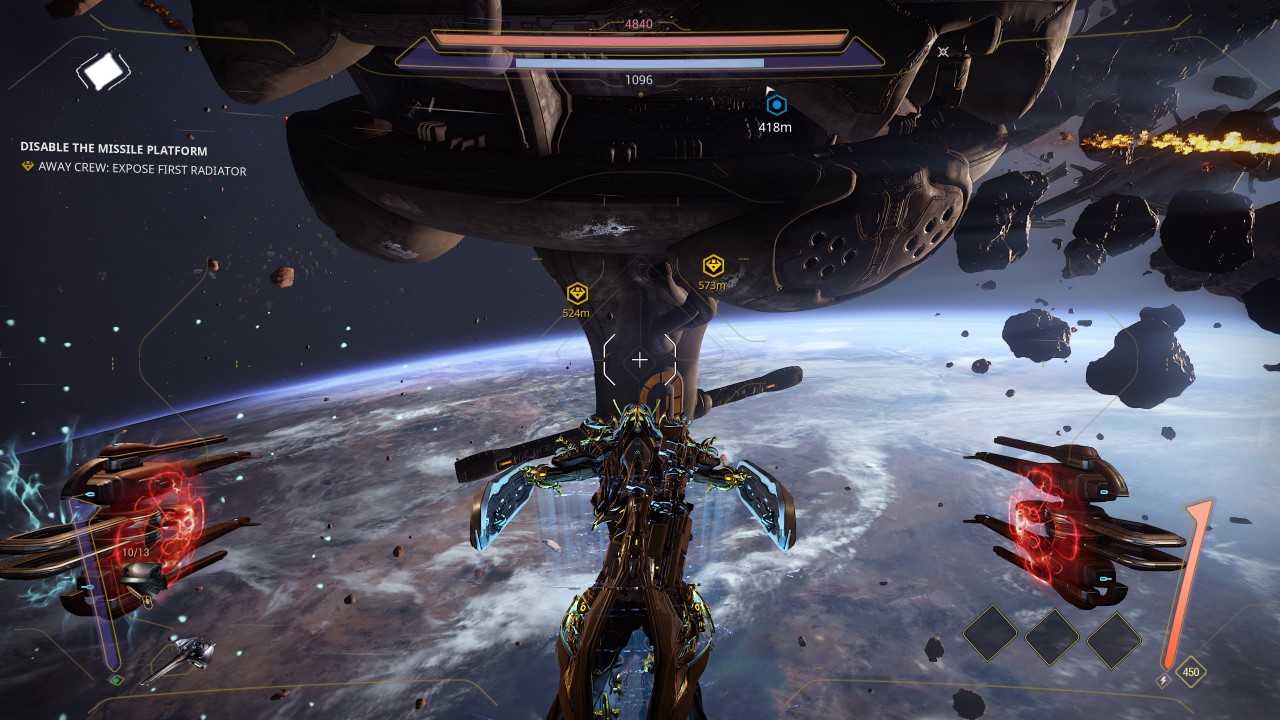 Each Warframe has a single ability they bring to the Tactical Menu, and it will cost you Flux to use it (think energy for your Railjack that is resupplied via the Forge in the back). These abilities work wonders against enemies foolish enough to board your ship, and they can buy you time if you are currently in the pilot’s seat or a gunner’s nest.

At tier 3 you will unlock fast travel nodes on the map within the Tactical Menu, though they don’t quite tell you where they lead. That said, it’s rather clear where each one leads: top for pilot, then the gunner nests, followed by the mid-deck, then the Archwing Slingshot, and finally the Forge. Use these to rapidly deploy across the ship.

You’ll also be able to assign roles to crewmates via the Railjack symbol next to their names. Click it and a wheel similar to the gear wheel will pop up. There are six roles to choose from, so use this to provide non-verbal callouts to your crewmates, such as when you need someone at the Forge to restock ordinance.

Finally, at tier 10 you will be able to teleport to crewmates who are outside the Railjack, via the portrait icon next to their names. This can be helpful if they need assistance while boarding an enemy base, but the game doesn’t give you the best data concerning crewmate location, so this is best used with some coordination.

For more Railjack guides be sure to check out our guides hub!