Watch Dogs: Legion – How to Disrupt Propaganda in City of Westminster

You'll need to use a cargo drone for this mission. 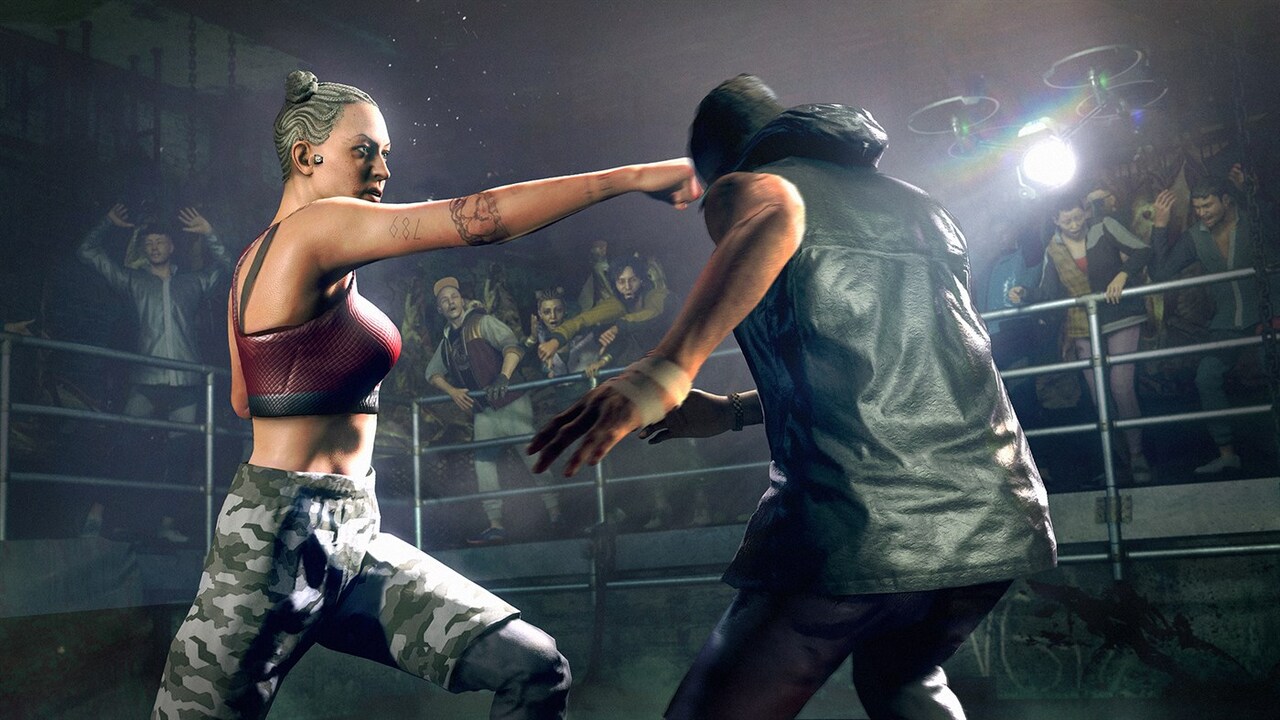 How to Disrupt Propaganda in the City of Westminster

The objective is located at Piccadilly Circus, a famous landmark in the northwestern area of Westminster. Once you arrive, you will need to take control of a Cargo Drone. These can be found flying nearby, so just take a look above you and you’re sure to find one. You can also bring along a construction worker if you have one on your team, as they can summon a Cargo Drone with their unique ability. 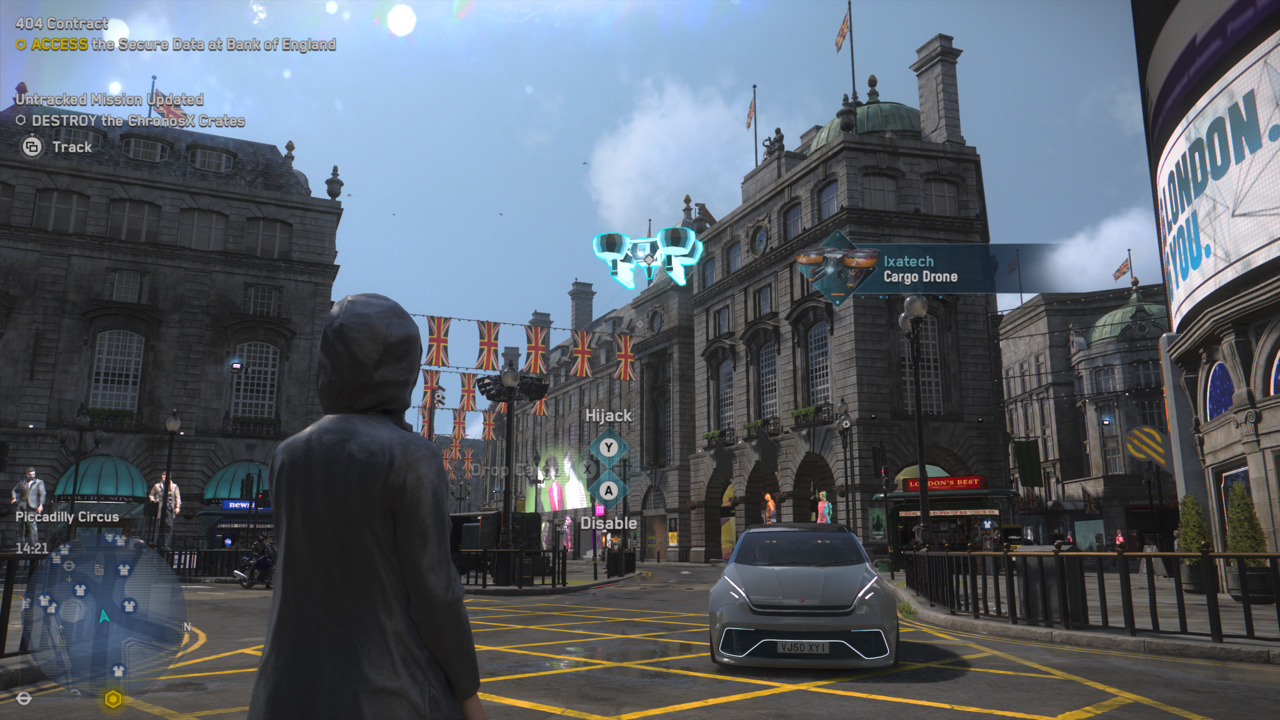 Once you have a Cargo Drone, climb on top and fly to the roof of the building marked with the red objective marker. On top of the building, you’ll find a cage with a spiderbot box inside. Hack the spiderbot to take control of it and crawl through the open vent nearby. The vent leads to an area with no visible exits. Everything is too high to reach with a standard jump, but you jump onto a cardboard box to get enough height to get over the items blocking your way. 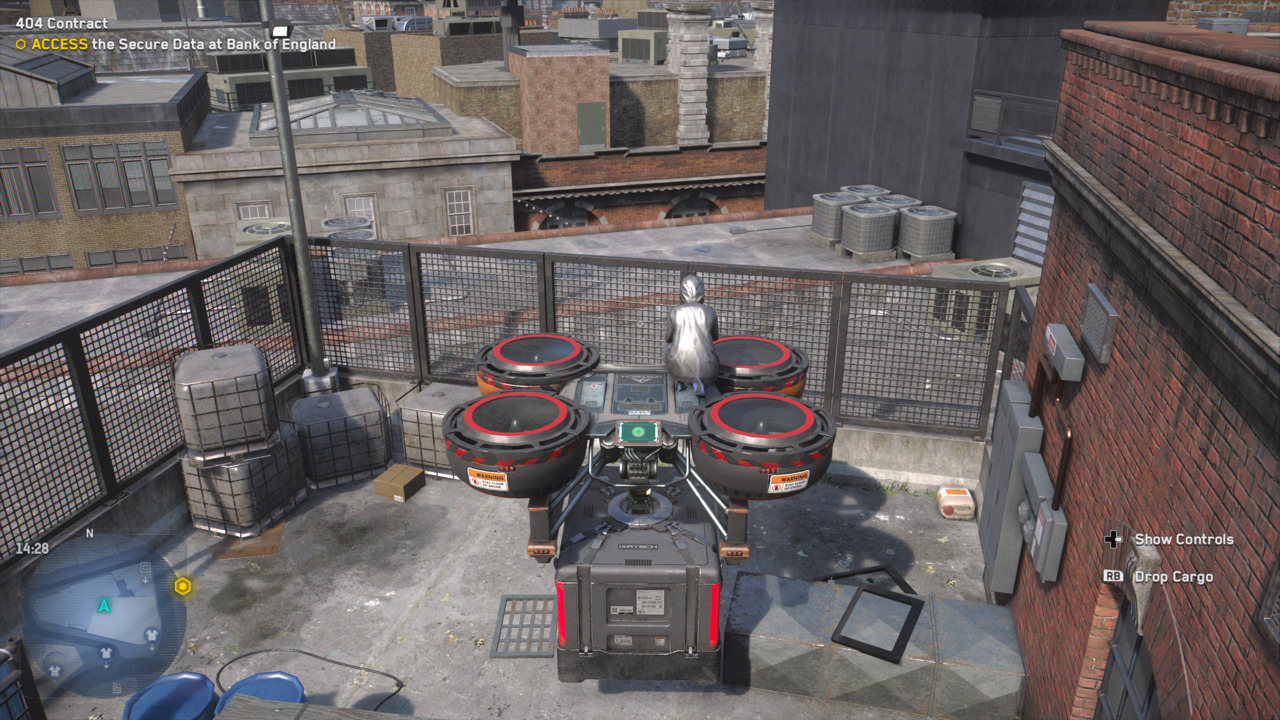 Once you make it into the next enclosed area, there is another duct nearby with a giant box blocking the entrance, and your spiderbot cannot squeeze through the opening. Leave the spiderbot and regain control of your Cargo Drone. If you hack the security camera in the corner, you will be able to see a space to summon a new Cargo Drone if you lost your original one. Hijack the Cargo Drone, lower it over the crate blocking the entrance to the duct, and clear the way for your spiderbot.

Then, hijack the spiderbot again. Make your way through the now opened air duct and crawl through the ctOS grate at the end. After leaving the vent, you should be able to hack the ctOS terminal to complete your objective and disrupt the propaganda in the City of Westminster.