Where to Catch Iron Hands in Pokemon Scarlet and Violet

These are the types of hands you want to catch with a Pokeball. 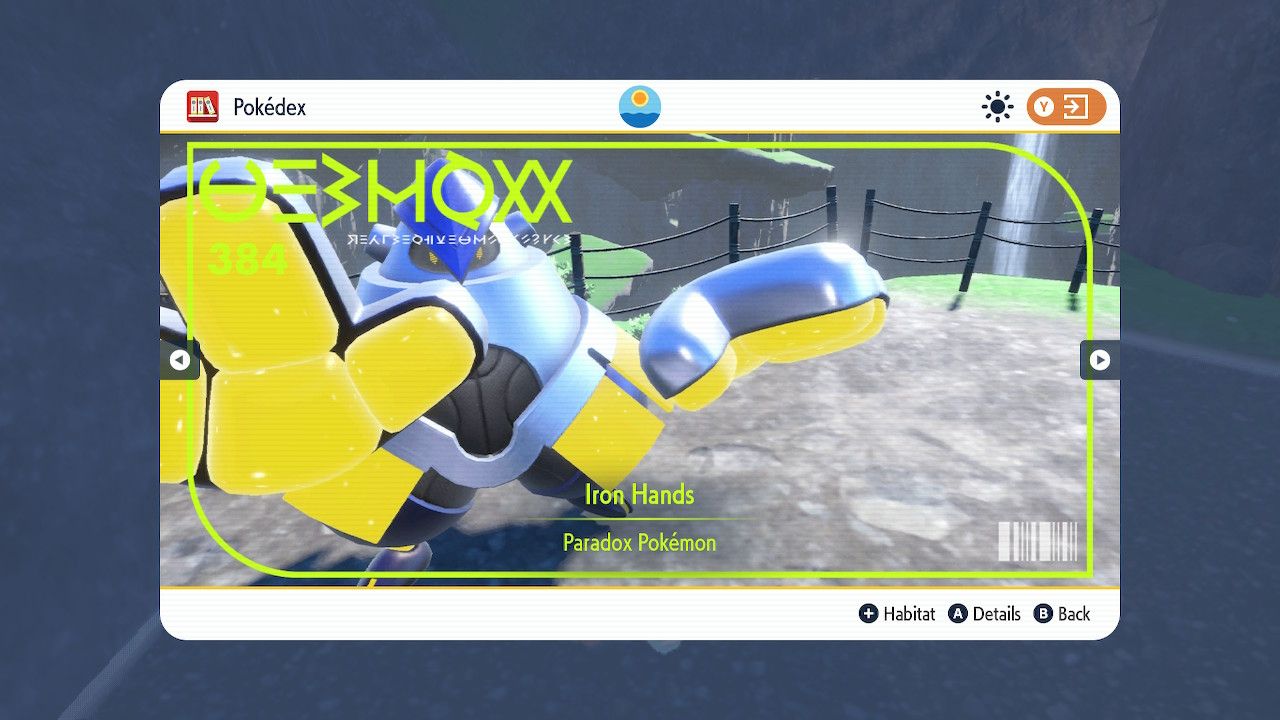 Iron Hands, the Paradox form of the massive fighting-type Hariyama, is a Pokemon you definitely want to have. It’s extremely strong and can tank quite a lot of damage. Compared to its normal counterpart, it’s also a huge upgrade. Here’s what you need to know on how to get an Iron Hands in Pokemon Scarlet and Violet.

How to Get Iron Hands in Pokemon Scarlet and Violet

Given what kind this is, Iron Hands can be found in Area Zero. This is a location unlocked in the post-game after completing all three main story paths. The Pokemon you face here will start at level 50 and higher, so be prepared to deal with that. One big thing to note is that this is a Pokemon Violet exclusive.

Players on Pokemon Scarlet can only obtain Iron Hands via trading or tagging along with a Violet player as a guest in their cooperative world. To see exclusive Pokemon, you have to be in the vicinity of the host. Since this is also a Paradox Pokemon, it cannot breed.

Luckily, as you make your descent to the final Research Station in the area, each one along the way counts as a resting spot. You can restore your party’s HP and their  Power Points (PP) to continue onward. When coming back to the area, you can also use the rebooted Research Stations as checkpoints if you want to catch the Pokemon that reside here.

Iron Hands oftentimes appears around Research Stations 2 and 3. It’s more of a common one to appear, unlike other Paradox Pokemon like Iron Thorns. Do not listen to what the Pokedex entry says when its habitat is unknown.

Now, compared to Hariyama, Iron Hands is a dual fighting-electric type. It’ll gain additional strengths and weaknesses to other Pokemon it goes up against, but it is significantly stronger in most of its already high stats. If you want to get the right nature for Iron Hands, get one with an Adamant nature. It’ll easily be able to tank hits and dish out some heavy damage.