Where to Catch Sandy Shocks in Pokemon Scarlet and Violet

Find out how magnets work with Sandy Shocks in Pokemon Scarlet and Violet! 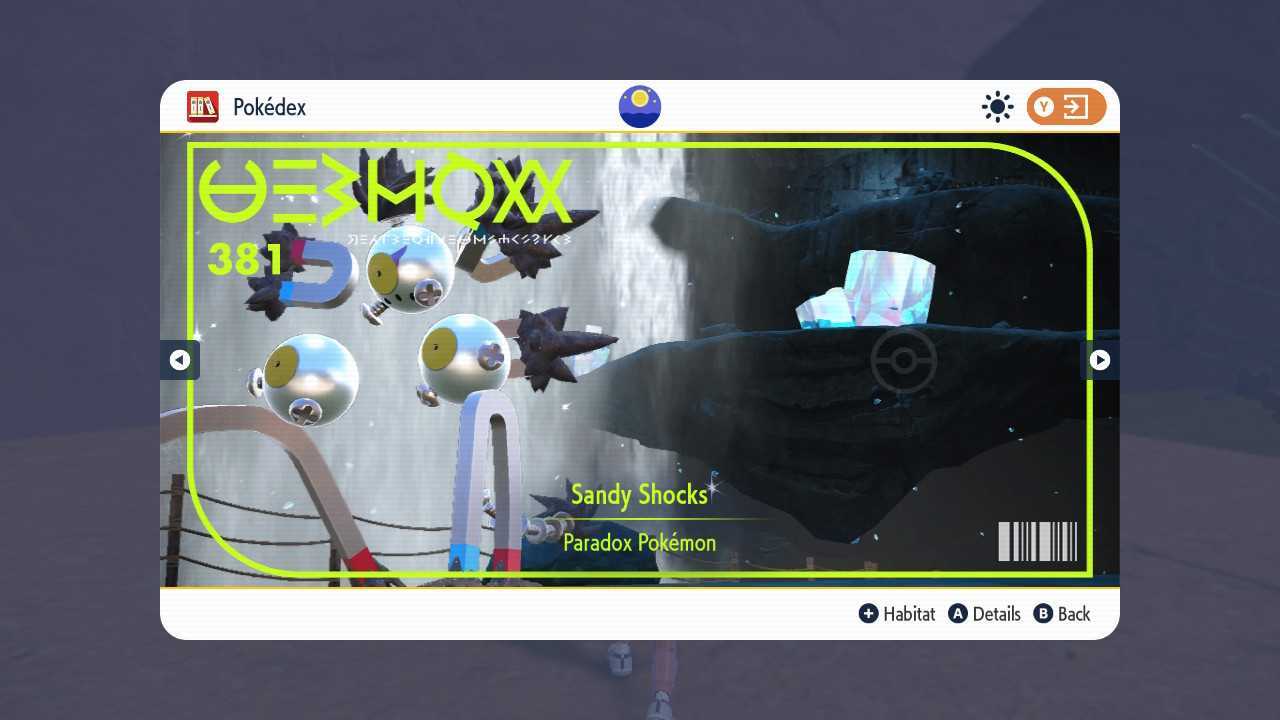 For gamers hoping to add this terrifying metallic monster to their party in Pokemon Scarlet and Violet, there is hope for all gamers. Sandy Shocks is another Paradox Pokemon that has plagued our nightmares, as well as caused bad dreams for opponents that come up against it.

With its great Electric/Ground-type mashup and surprisingly great overall statistics, players are rushing to find where they’ll be able to get their hands on this Pokemon. But, they can’t seem to find it in the standard overworld, so is it a special evolution or something else entirely? Let’s dive in and find out more about this ancient ancestor, and where to find it.

Gamers looking to bring this monster home will first need to verify which copy of the game they have purchased. The first thing to note is that this is a Scarlet-exclusive Paradox Pokemon, meaning gamers that have purchased Pokemon Violet will not be able to find this monster in their game. That is unless they have a friend that would be willing to trade this monster over to them. The next thing to make sure of is that all three main storylines have been completed, as gamers will need access to a particular area of the game that is inaccessible until the very end.

Once that has been taken care of, players will want to head to Area Zero, which is unlocked in the post-game. Once they have gotten here, they’ll want to travel to Research Station 2, where they will be treated to a large rock face once they have stepped outside of the walls of this metal building.

Using the special powers that your Koraidon posses, players will want to scale this wall until they reach the top, where they will find a flat area that is spawning in plenty of Pokemon. While Sandy Shocks may not show up right away, leaving this area and returning to it will likely bring this metallic monstrosity into view, giving players the chance they deserve to capture one for their own. Thankfully, if the player accidentally knocks this monster out, they do respawn.

While Sandy Shocks may spawn in other areas of the map, this is one of the most likely areas that they will continuously spawn in, giving players a chance to farm them and hopefully find their new favorite shiny Paradox Pokemon.