Where to Find Yelan Ascension Materials in Genshin Impact Genshin Impact‘s version 2.7 just debuted, giving players the chance to add its latest 5-star, the Hydro Archer Yelan, to their ever-growing squad. But getting Yelan to join is only the first part of the quest, as after pulling for her, you will need to ascend her to unlock her true potential as a top-tier Sub-DPS. Now, to help all players who either already added Yelan to their squads, or who plan on doing it during the version, here’s where to find all of the ascension materials needed to level her all the way to level 90 in Genshin Impact.

Where to Find Yelan Ascension Materials in Genshin Impact

With that said, you can get your hands on Runic Fangs by defeating the game’s newest boss, the Ruin Serpent, located in The Chasm region. Overall, you will be able to get between 2 and 3 Ruin Fangs per win. On the other hand, you can get Varunada Lazurite Slivers, Fragments, Chunks, and Gemstones by defeating Rhodeia of Loch (Oceanid) and the Hydro Hypostasis.

The Recruit’s, Sergeant’s, and Lieutenant’s Insignias can be acquired by defeating +20 (Recruit’s), +40 (Sergeant’s), and +60 (Lieutenant’s) Fatui Skirmishers, Fatui Cicin Mages, and Fatui Pyro Agents. The said Fatui enemies can be found all over Teyvat, but to make the most of your time, we recommend that you head to the northernmost part of Dragonspine, more specifically to the area surrounding Wyrmrest Valley, as well as to Koseki Village, located on Serai Island, Inazuma.

Last but not least, you can get your hands on a large amount of Starconches by heading south of the Dragonspine area, as you will be able to find the material on both its south shores, as well as on the shores of both Guyun Stone Forest and Yaoguang Shoal. A total of 77 Starconches can be found at a time. You can check out the location of all Starconches below, as they are showcased in the game’s official interactive map: 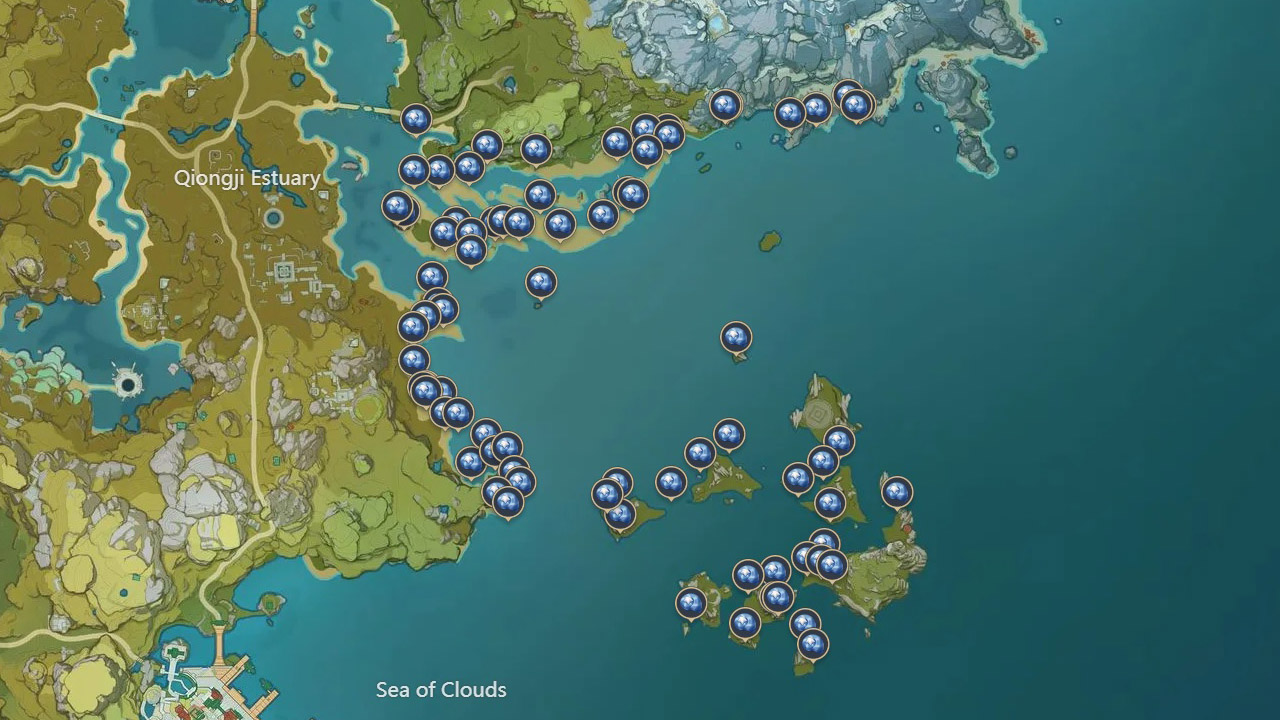 To recap, here’s how to get all the ascension materials needed to level up Yelan in Genshin Impact:

Now that you know where to find all of the ascension materials needed to ascend Yelan to level 90 in Genshin Impact, don’t forget to check out how to get the game’s new 4-star event-exclusive bow, as well as how to complete all of Yelan’s prerequisite quests.