Where to Go After Opening the First Door in Scorn

Maybe leave a trail of breadcrumbs. 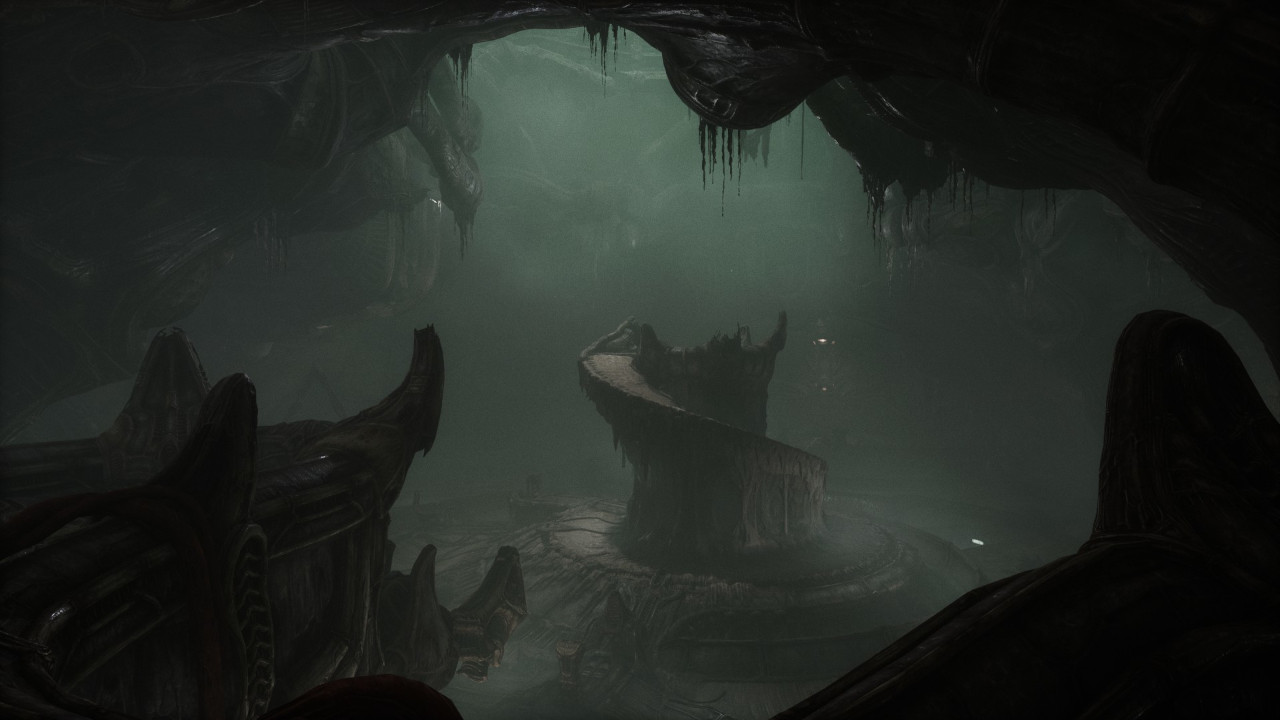 Scorn is a game where you can easily get lost if you’re not careful. There is no map, no dialog, or objective markers to hold your hand or guide you to the next destination. While the game is linear, you must pay attention to your surroundings and the various machines and puzzles you can interact with in order to proceed. Any given area will require you to fully understand the layout so you can get to the next chapter safely. This is immediately tested in Scorn after you open the first door, where you’re presented with a large, multilevel room, with seemingly no escape.

Scorn: What Do You Do After Opening the First Door? 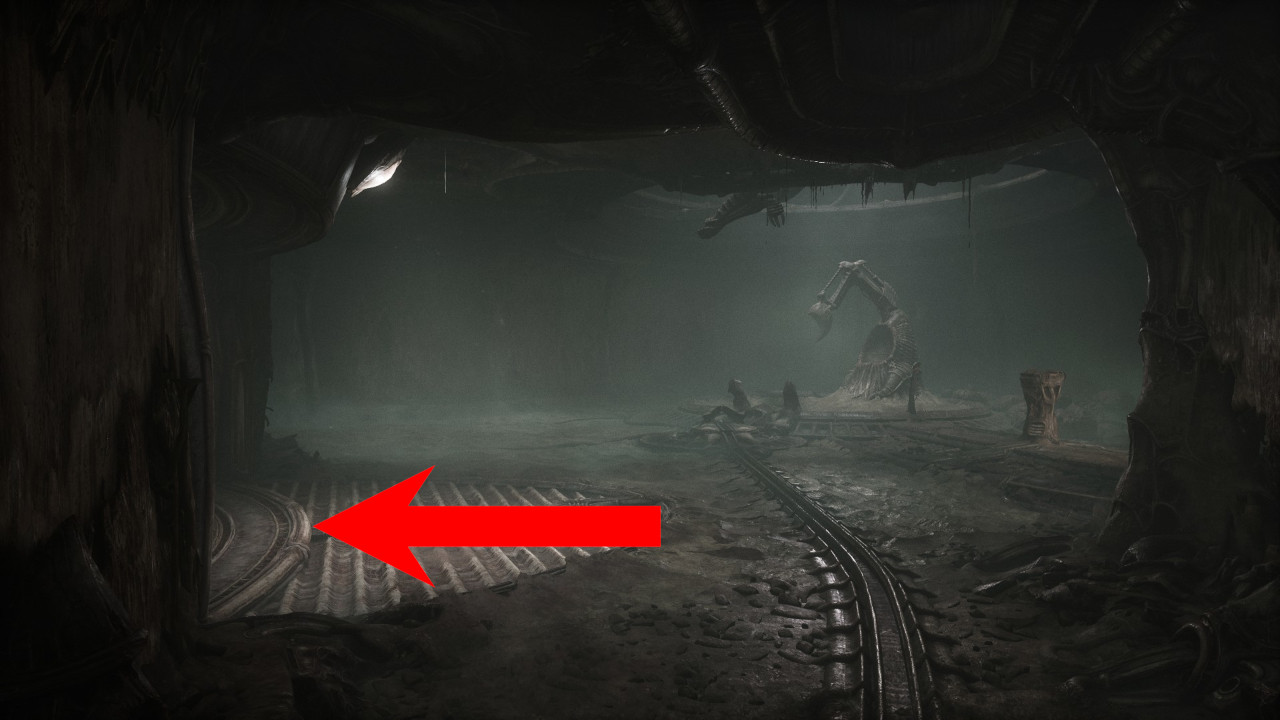 As soon as you go through the first door you open with your arm tool in the opening moments of Scorn, take an immediate right, and go through the hallway there. This will lead to the room with a curious scoop above a seat, and to the left, an elevator that leads to the first major puzzle, a series of pods along the wall. It’s easy to not pay attention and end up getting lost, however, as you draw in some curious sights, strange contraptions, and a middle platform that looks like a creepy take on Spiral Mountain from Banjo-Kazooie. But none of the other contraptions will do anything until you first take the elevator to the second floor and free a very special friend.

How to Open the Door in the Starting Area 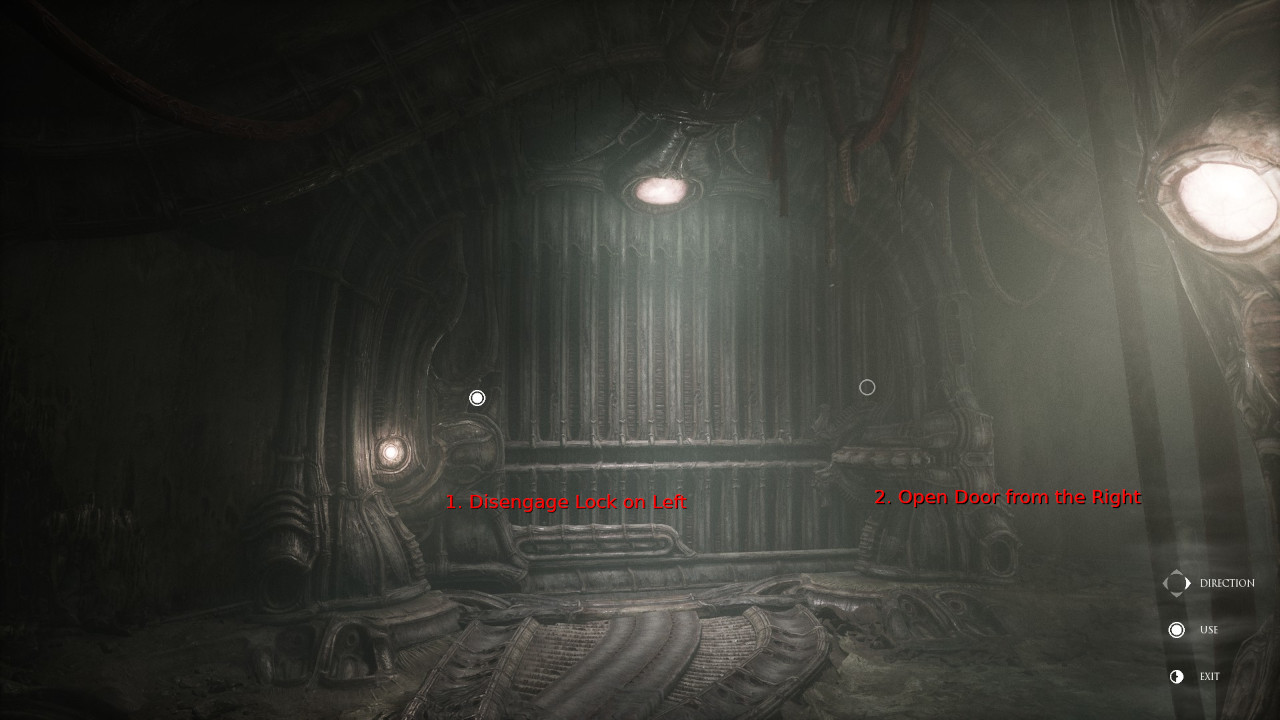 If you’re having difficulties getting through that first door, make sure you’ve gotten your arm key tool from the machine in the corner to the left of the door, and used the console in the middle of the room, moving left and hitting ‘use’ (‘Mouse 1’ or ‘A’) to disengage the lock, then right and ‘use’ to open it, after which you need to run through!