World of Warcraft Shadowlands: How to Increase Ve’nari Reputation

You'll want her items to make your life in the Maw and Torghast easier. 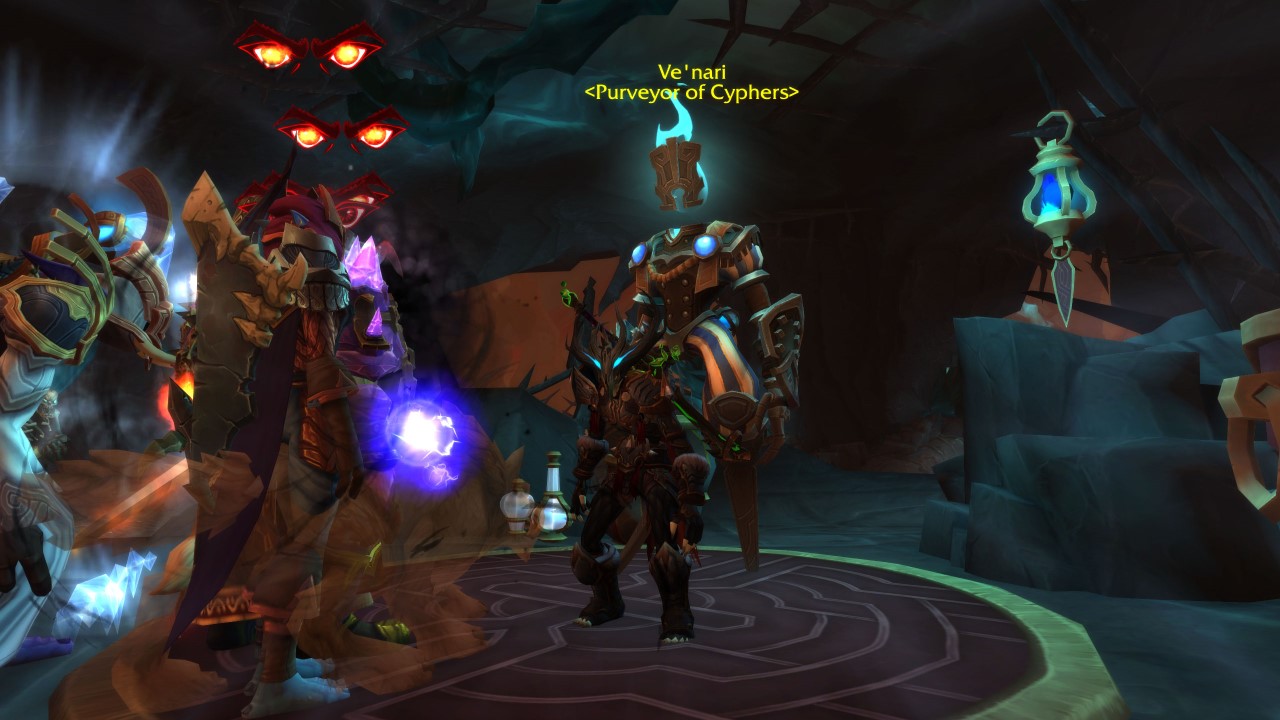 Reputation with Ve’nari in Shadowlands is increased by killing rare enemies and completing quests.

Ve’nari has more then her fair share of items for sell, but they are all locked behind leveling her reputation. There are a handful of ways to increase your reputation with her in Shadowlands, but all of them will cause your Eye of the Jailer meter to rise. At rank 5 you won’t earn anymore reputation or Stygia (the currency used to purchase Ve’nari’s wares), so you need to have a plan of action whenever you drop into the Maw.

The weekly quests rewards the most reputation, but they also spike your Eye of the Jailer up a rank once you complete them. These are followed by daily quests, then the random “lore” quests that can drop off both regular and rare enemies in the Maw. Speaking of rare enemies, they too reward reputation with Ve’nari. They also increase your Eye of the Jailer meter. The rarer the monster the more reputation you will earn, with the common “special encounter” rares offering the smallest amount, and the harder to spawn major rares the most.

Below you will find a chart from Burningbamf over at WoWHead that displays all the sources of reputation, the amount of reputation earned, the amount your Eye of the Jailer meter will increase (each rank takes 1000 points to reach), and the general amount of Reputation earned per point of Eye. To summarize it: focus on your quests first and foremost, then start chasing rare spawns and other sources of reputation. Once you reach Eye rank 5 you are done for the day, so enter the Maw with a plan and commit to it.