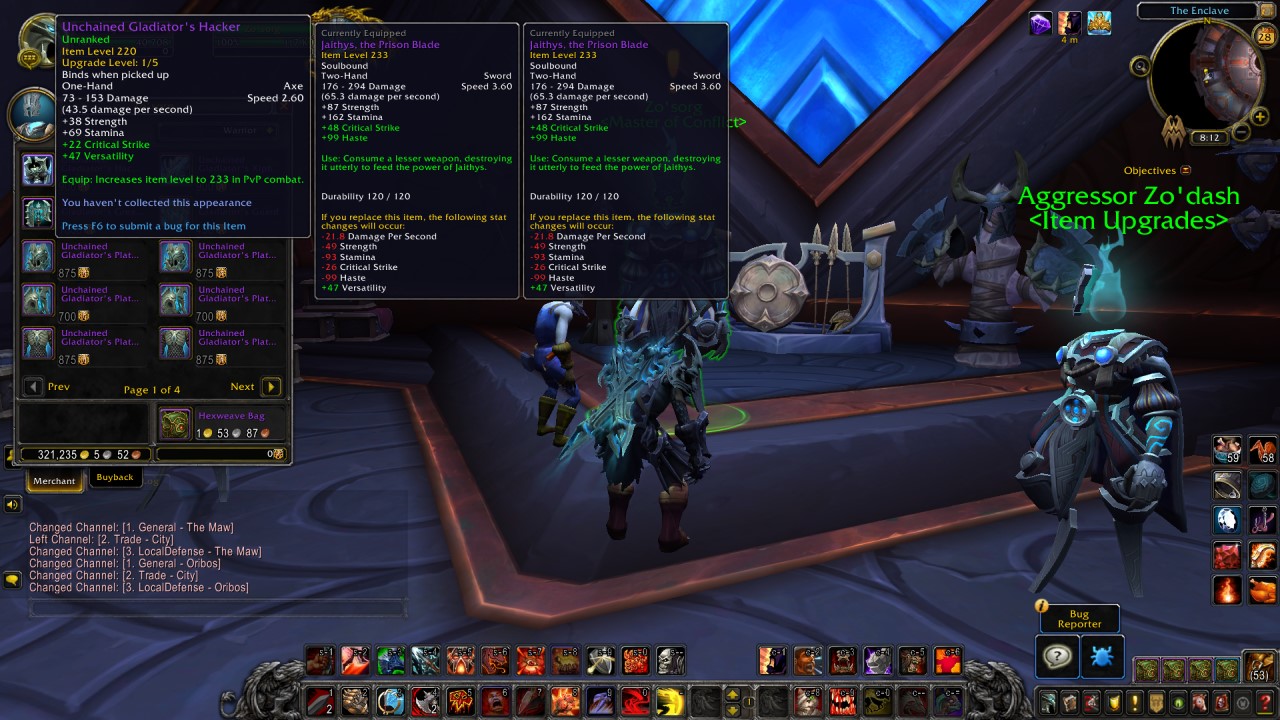 You can upgrade your PvP Gear in Season 2 of Shadowlands in the same exact way as you could before the Chains of Domination update. That said, Blizzard made a simple yet impactful change to how item level works on PvP gear, so if you were using PvP to gear up for PvE you may want to look elsewhere for your loot.

Upgrade your Shadowlands Season 2 PvP gear with Honor or Conquest; item level is boosted during PvP.

If you want to upgrade your Season 2 PvP gear in Shadowlands Patch 9.1 you’ll need to farm either Honor or Conquest, depending on whether you play Unrated or Rated PvP. Honor can be earned from Unrated PvP, to include battlegrounds and arenas, and Conquest is earned from Rated PvP, which requires a premade party to queue. Conquest and Honor can be found as rewards from quests, but you’ll want to participate in PvP to efficiently earn either resource.

Honor is used to buy Honor PvP gear, and to upgrade it. The same goes for Conquest; the only difference is there is a cap on how much Conquest you can earn each week, though it does increase as the season progresses. Zo’sorg and the other PvP vendors (to include the upgrade NPC) are still located in The Enclave within Oribos. Before I list the available upgrade ranks and item levels for both Honor and Conquest PvP gear, I need to first share the change coming to PvP gear item level in Shadowlands Patch 9.1.

PvP gear will have a higher item level inside of PvP. Whenever you partake in arenas, battlegrounds, or War Mode your Season 2 PvP gear will see a +13 boost to its item level (to include an appropriate increase in stats). Outside PvP it will fall back down to its base item level. Blizzard’s goal here was simple: they wanted to make is so PvE players didn’t feel forced to play PvP to grab gear. In theory, this also benefits players who only play PvP since their hard earned gear will always be better in PvP, but if you enjoy both you’re back to farming two separate sets of gear.

Without further ado, here are the different ranks and item levels for both Honor and Conquest PvP gear in Season 2 of Shadowlands: